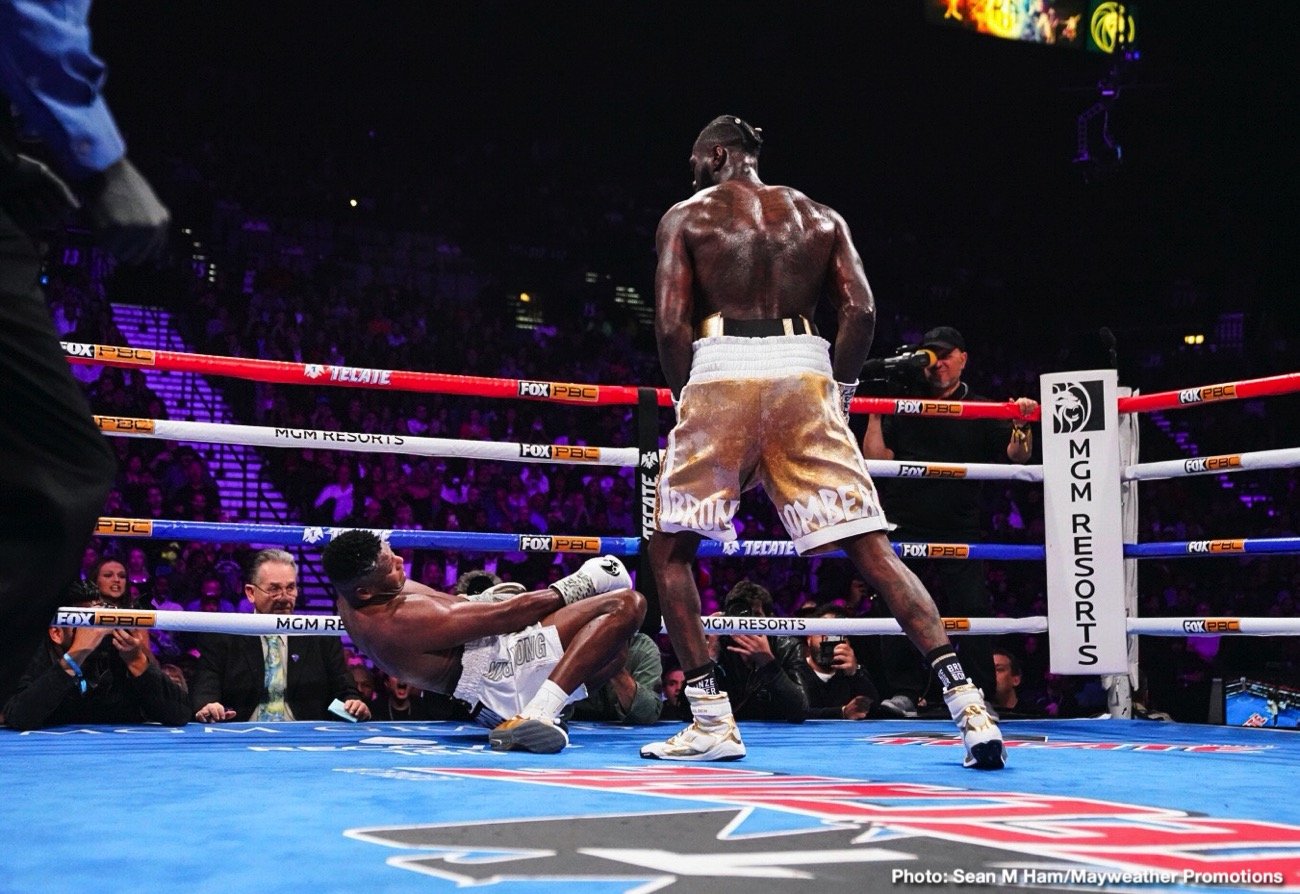 All the significant heavyweight action of 2019 is over and done. We fans now look ahead to what we all hope will be a great, action-packed 2020; not just for the heavyweight division, but for all the 17 weight classes. But as we close in on the end of 2019, which heavyweight do you think had the best 12 months overall?

The big three, Anthony Joshua, WBA/IBF/WBO champ (all over again thanks to his revenge win over Andy Ruiz), Deontay Wilder, WBC champ, and Tyson Fury, proud claimant of the lineal crown – all had an eventful year. But which big man has to be looked at as THE man of the division as far as this year goes?

Fury boxed twice this year, winning both fights. Fury improved his profile in the U.S in a big way, his massive deal with ESPN/Top Rank seeing to it that he boxed in front of a big T.V audience on both occasions, yet the quality of Fury’s opposition makes it tough to argue how he had the best year. Fury blew away Tom Schwarz in a couple of rounds in June and he then won a 12-round decision over another relative unknown in Otto Wallin, who he fought in September. Fury had to overcome a nasty cut in the Wallin fight, and the courage he showed in doing so earns him praise.

Still, Fury and his fans will be hoping for a far bigger, more meaningful 2020.

Joshua had a real roller-coaster year here in 2019. Boxing his much anticipated U.S debut in June, in his first fight of the year (and, perhaps significantly, his first fight in nine months, this the longest layoff of his pro career to date), Joshua was brutally upset by massive underdog Andy Ruiz. The critics had a field day, suggesting Joshua, who was “all hype” to begin with, was finished. Certainly, these people argued strongly, Joshua would be all done if he failed to avenge the stoppage loss. Credit went to, and goes to, Joshua for taking the immediate rematch with Ruiz, and his brilliant win this past Saturday of course earns him much praise. But is Joshua the heavyweight of 2019? It could be argued that, as great as his revenge win over Ruiz was, he shouldn’t have lost to him in the first place.

Still, Joshua sees out the remaining days of 2019 on cloud nine and he gave his critics a big ‘screw you.’ In terms of which heavyweight had the most satisfying year overall, Joshua might be the man. Who knows what triumphs he can go on to achieve in 2020.

Wilder, like Fury and Joshua, also boxed twice this year. Taking out a decent if not great challenger in Dominic Breazeale, who he iced in a round in May (Breazeale only beaten once before, by AJ, who took seven-rounds in comparison), Wilder gave us a memorable KO. Then, in what many said was a dangerous and basically needless rematch, Wilder took on and stopped Luis Ortiz in November. Behind on points after six-rounds, Wilder again showed us how, at the flick of a switch, he can terminate any fight. Another one-punch, highlight reel knockout was his.

Wilder and Fury are set to fight a rematch in February of 2020, and how much the winner of that fight (assuming there is a winner) will be able to shout and holler how he is the best heavyweight on the planet. It will be Joshua’s job to prove otherwise.

So who of these three had the best, most impressive, most dominant 2019? Wilder gets the vote here.