DAZN went through the second Canelo Alvarez vs. Gennadiy Golovkin fight from 2018, and for a lot of fans, it reawakens the feelings they had that the judges got it wrong.

Hopefully, the judges don’t screw things up and pick the wrong fighter because that would taint the outcome and ruin the perception fans have of the Canelo-Golovkin rivalry worse than it already is now.

You can argue that one reason fans aren’t looking forward to seeing the trilogy fight because Canelo and Golovkin are because of the controversy around the first two fights.

Fans think Canelo was given a gift draw and a gift 12 round decision over Golovkin, and they no longer trust the process.

Canelo started out strong in the first six rounds but then fell apart after gassing out and was outboxed and out-punched by Golovkin from rounds 7 through 12.

The judges gave it to Canelo by a 12 round majority decision, but the fight appeared to be either a draw or a win by Golovkin.

Looking back at that match, it’s difficult to see it as a victory for Canelo because he had nothing left in the tank in the second half.  To be sure, Canelo didn’t fade as bad as he did against Dmitry Bivol last May, but pretty close.

Against Bivol, Canelo was fighting on fumes after the third. In the second Golovkin fight, Canelo had nothing left after six rounds.

Canelo clearly didn’t do enough to win the fight, in this writer’s view, unless the judges chose to give some of the one-sided rounds in the second half for him, which is obviously what happened.

“That was the key punch that made him re-think the approach to the fight, and I think it took a bit of the fight out of him,” said Canelo Alvarez to DAZN’s The Making of the Trilogy, talking about a left hook that he hit Gennadiy Golovkin with early in their second fight in 2018.

“From the start, it was important to set the pace of the fight in my favor,” said Canelo about his focus on startling quickly in the second fight with GGG.

“He [Canelo] pressured him. He made him fight off the back foot.”

“He’s got one of the best jabs I’ve faced, but the truth is, I’ve trained for that,” said Canelo about Golovkin. “A fighter that goes forward risks more. He responded well, and I kept to my objective. Going forward and throwing punches.”

“He’d been goaded all week long to stand and fight with Gennadiy Golovkin, and he did,” said Mannix. “He wasn’t fighting anywhere close to the style he had in that first fight.

“Canelo reworked his game plan and did what no one else had done to Golovkin in previous fights.”

“He was exhausted and breathing heavily,” said Canelo about Golovkin after six rounds in their second fight. “I punched him low many times, and I think that tired him a bit more. I caught him with many hooks. I surprised him with many feints. He couldn’t adapt.”

“I saw Saul slowing down around the seventh or eighth round. So from the ninth, I started pushing him to throw more punches and do things better,” said Reynoso.

“He’s more intelligent than people think,” said Canelo about Golovkin. “He’s a strong boxer with skills. He’s a special boxer. There’s no doubt about it.

“I know the skills he’s got, the power. But I have that too, so the best will win, the most intelligent,” said Reynoso.

“In round ten, I don’t know if it was out of desperation or if Gennadiy figured something out,” said Steve Kim. “He started to layer his combinations. It wasn’t just a one or a double one or a one-two.

“He started throwing longer combinations of three, four, and five punches that really shook Canelo. Canelo got bugged, and he was able to evade the oncoming shots of Golovkin.

“I thought that was a big moment because when he goes back to that corner, Eddy Reynoso understood what happened. He said, ‘Wait a minute. Keep boxing.'”

“The fight was so close that in the eleventh and twelfth rounds, he had to make everything work,” said Reynoso about Canelo. “He had to make the rounds practically perfect.”

“Neither guy had this in the bag, and the bout is hanging in the balance,” said Kim. “Golovkin landed a couple of early uppercuts, and I don’t think you can ever question Canelo’s punch resistance.

“Those punches would have stopped a lot of middleweights. Canelo actually stabilized the action for the next 90 seconds or so, and then Golovkin finished it off. He won that round.”

“I asked Eddy, ‘How are we doing?’ ‘Fine,'” said Canelo. “He told me that we had to close strongly because we’d drawn before and we didn’t want it to happen again.

“I wanted to make it very clear that I won,” said Canelo about his intention for the 12 round. “I only went out to throw punches to win the fight clearly.

“I didn’t want to get another draw or something like that. That’s the only thing that crossed my mind. I just wished they’d do things well,” said Canelo.

“There were a lot of close rounds. Those last nine minutes, I thought, were very tough for Canelo,” said Kim.

“It was a moment of huge happiness for us as a team,” said Canelo when it was announced that he’d won. “It was a very important fight for us.

“I’m not a person that cries a lot, but there are times when you can’t take it all in. The truth is, those feelings are unique. Having my family there, my wife, my children, my mother, my father, my siblings, my friends, all my team, for me it’s very important.

“It means a lot because, in the end, family is the most important thing for us,” said Canelo.

“The way that he boxed in those fights surprised a lot of people against GGG, particularly in the second fight where he chose to come forward and meet GGG head on,” said Eddie Hearn about Canelo.

“He took everything from GGG, the most fearsome puncher in the middleweight division and one of the top pound-for-pound fighters in the sport. That was the fight that made everybody say, ‘This man is a machine.'”

“My two fights with him were very good,” said Canelo. “They were really among the best fights I’ve had in my career.” 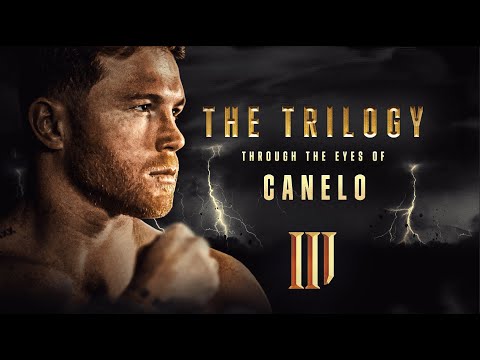