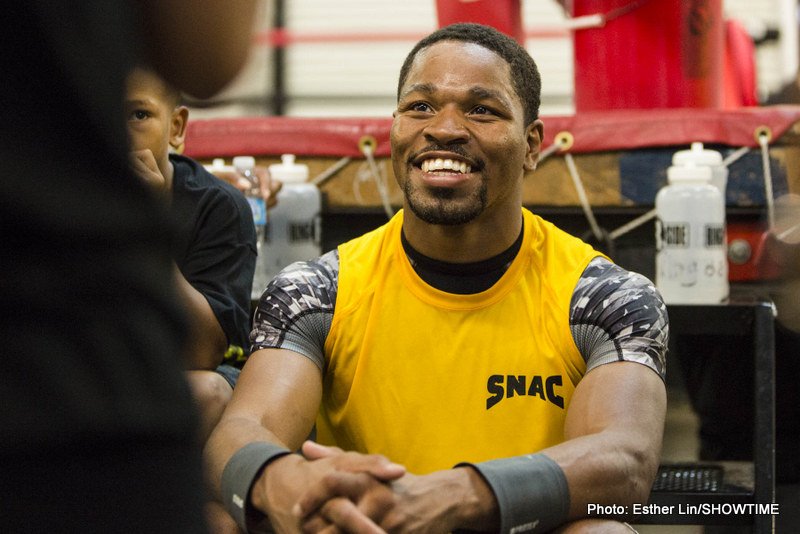 Shawn Porter Vs. Keith Thurman is a great welterweight match-up between two quality 147-pound operators, as fans agree. The fight should be taking place this Saturday night, but a car crash suffered by Thurman curtailed the fight; as fans also know. However, if the fight does not happen, by May or June at the latest, there is a chance we could see an equally good match-up involving former IBF champ Porter: one with reigning WBC welterweight champion Danny Garcia.

Kenny Porter, father and trainer of Shawn, spoke with RingTV.com and he said that if Thurman is not able to make a May or June date, they will look to move on:

“If we can’t make this Thurman fight, hey, let’s make that Danny Garcia fight,” Porter Senior told the website of The Bible of Boxing. “Late May early June is what I’d be hoping for [Shawn’s next fight]. We got to really take a look at if he’s [Thurman] not healthy enough to go we have to look at fighting someone else at this point. So hopefully we hear something this week and we can make a decision based on that.”

A Porter-Garcia fight would be very attractive to the fans, and if Porter were to win, he would arguably be a bigger name/box-office attraction than Thurman – and that fight could still perhaps happen later on this year or early next. Let’s see if Garcia, unbeaten and coming off a points win over Robert Guerrero, likes the idea of tangling with Porter in his third fight up at welterweight.

Porter, who will box an exhibition against Lanardo Tyner on Saturday night, so as too keep sharp, will then, according to Kenny, take a week off before resuming full training. Porter Senior told RingTV.com that Saturday’s exhibition will be as close to a real fight as possible.

Interestingly, Porter Senior said to RingTV.com that he still has not been shown proof that Thurman actually was in a car crash that gave him whiplash:

Is there any chance Thurman, a star in the making and a good fighter who has been calling for the big names for some time now, made up a story about being hurt in a car accident so as to get out of a fight he all of a sudden didn’t want to take? More than likely, no, not at all; but you cannot blame Porter for asking questions if he has not seen proof with his own eyes that Thurman is injured seriously enough for the fight to have been called off.

Who knows, maybe Porter will now fight Garcia, win that fight and then make Thurman wait until next year. There is certainly no shortage when it comes to potentially great fights at welterweight today.