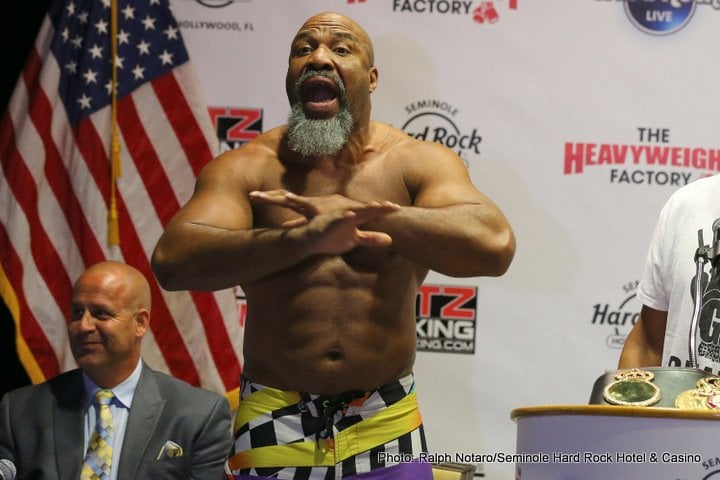 This title bout, though much maligned, would likely have seen to it that Briggs would win a slice of a belt; possibly getting himself into position for bigger fights down the road – and of course in line for one last big payday before the “Let’s Go Champ” chants would fall silent. But now, his career and reputation in dire straights, Briggs’ fighting days may have come to an end. Sans the last big pay day.

Is there any way back for Briggs after this, a quite shameless and disappointing act on his part? Briggs has been a whole lot of fun, in and out of the ring, but there is no fun in cheating; on the part of the cheater (at least there shouldn’t be) or the cheated. And those fans who hopped aboard the Briggs bandwagon, choosing to run with him as he gunned for final glory, sure feel cheated right now.

In truth nobody expected Briggs to ever, ever climb into a ring again after the sickening and prolonged beating the New Yorker was subjected to at the lethal hands of Vitali Klitschko back in 2010. But a depressed and overweight Briggs decided he was going to “do a George Foreman,” or at least that he was going to try.

Now, his shot at “making history” ripped from his hands by his own stupidity (did Briggs really need to cheat to be able to defeat a rusty and inactive “Fast Fres?”), Briggs’ name is dirt, his credibility shredded.

For good? If it was a long and dangerous road back after the hell Klitschko’s fists put him through, yet another comeback could prove impossible. It’s a shame that Briggs will (likely) go out like this, the gutsy and impressive puncher gave fans a thrill on numerous occasions. Now, with this farce, all Briggs had given boxing fans is a hard, nasty low blow.