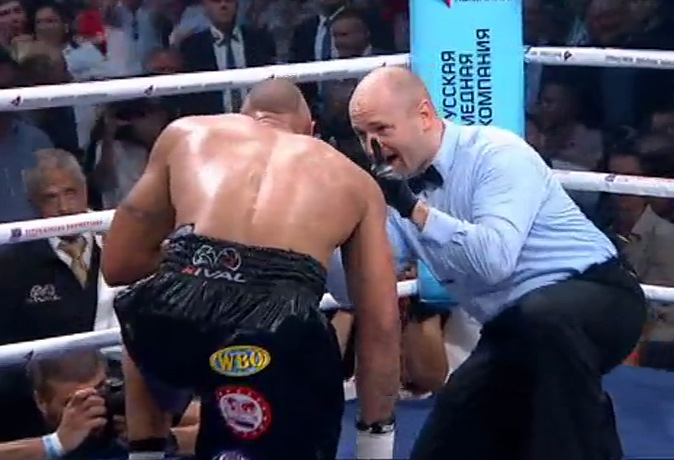 Tonight in Russia we came away with two overwhelming thoughts: no wonder Isaac Chilemba has never been stopped, and Andre Ward will be feeling quite happy right now.

IBF/WBA/WBO light-heavyweight king Sergey Kovalev retained both his belts and his unbeaten record against Isaac Chilemba, but, boy did he have a tough/awkward night’s work in doing so. The final scores of the three judges – 118-109, 116-111, 117-110, all for “Krusher” do not tell the full story. Kovalev, now 30-0-1(26) still moves ahead to his big November fight with Andre Ward, but Chilemba, now 24-4-2(10) sure gave Ward plenty of pointers.

The fight, one many good judges always felt would be a tricky assignment for Kovalev (and maybe the Russian bomber wanted just this so as to prepare for the ultra-slick Ward) turned out just that way. Kovalev was always the physically stronger man, his sheer power proving the decisive factor, but Chilemba had plenty of success. The South African’s jab was brilliantly sharp, catching the champion again and again – Kovalev’s own left hand was also quite effective, it must be said – and Chilemba managed to snap Kovalev’s head back with this punch and a highlight left hook to the jaw in the 6th-round.

Chilemba always responded when Kovalev looked to open up with him bombs and the huge crowd in Russia knew their man had a fight on his hands. Kovalev was the aggressor pretty much all night, but he was unable to land his bombs until the 7th, when a big right hand decked Chilemba. The knockdown came towards the end of the round and this is what perhaps aided the challenger’s survival. Kovalev again hurt his man in the 8th; once again at the end of the session. By the 9th, Kovalev was tired, his right eye showing signs of swelling, but Chilemba simply did not have the firepower to hurt the champ.

Kovalev tried to get the finish in the later rounds but Chilemba, the perfect example of a master boxer/spoiler/survivor, was still game and he fought to the final bell. It was a good, engrossing fight, if no classic. But of course the big talking point is what will Ward do when he gets in there with Kovalev? As the BoxNation commentators said, Chilemba gave Kovalev a harder fight than the great Bernard Hopkins was able to do.

What type of a frustrating nightmare will Ward give Kovalev in November?