A 2008 Ukranian Olympian, Derevyanchenko was in control from the start, standing his ground and delivering smart shots as Soliman attempted to flummox him with movement and awkward angles.

Soliman got caught with a missile right hand from Derevyanchenko that landed right on the chin and sent the off-balance Australian to the canvas. Soliman didn’t appear hurt however, as he continued to come forward to try to disrupt and frustrate the undefeated fighter.

Derevyanchenko continued to land effective shots and caught Soliman off-balance again in round two, this time with a left hook that put Soliman on the ground. Soliman again got to his feet but Derevyanchenko quickly stunned Soliman and put him into survival mode.

Soliman tried to tie up and avoid Derevyanchenko, but eventually the undefeated fighter training, who trains in Brooklyn, landed several right hands before a sweeping left hook sent Soliman to the ground hard and for the final time of the night. Referee Johnny Callas waved the fight off at 2:41 of the second round.

The opening bout of the evening saw hard-hitting Ievgen Khytrov (13-0, 11 KOs) lay a non-stop attack on Paul Mendez (19-3-2, 9 KOs) before eventually earning a stoppage in the ninth-round of their middleweight matchup.

Khytrov and Mendez went toe-to-toe from the first-round, exchanging flurries and showing a willingness to stand in front of their opponent. It was Khytrov who showed the more varied attack while getting out to a fast start and landing 50 percent of his power punches over the first three rounds.

Mendez stood tough and continued throwing punches, but was unable to land anything that bothered Khytrov. The Ukranian-born fighter who trains in Brooklyn attacked the body early while dazing Mendez with uppercuts and power hooks. Rounds seven and eight saw Khytrov increase his attack as he seemingly landed power punches at will.

The fight continued in that one-sided manner throughout the opening minute of round nine. Sensing an opportunity, Khytrov cornered Mendez and hit him with a series of unanswered hooks that forced referee Joe Lupino to stop the fight, at the recommendation of the ringside physician, 1:20 into the round. Khytrov ended the fight with a 482-125 advantage in punches landed while landing 50 percent of his total shots.

“I looked into his eyes after I knocked him down the first time and I knew he would continue coming forward. I wasn’t going to drop my guard. I didn’t even feel that punch on my glove because it was so clean to the chin. But I felt the final punch.

“I warmed up more than once and that broke my rhythm. In the ring I had to get my rhythm.

“Soliman came out nervous and not very coordinated, but that’s the way he usually fights. That’s his style.

“I’m going to keep moving forward. I can’t sit and wait. We will assess the situation and move from here.”

“I’m doing well. I didn’t get to warm up, just a couple of minutes, but that’s no excuse. He did his job. That’s never happened before to me.

“He’s a good boxer who did what he had to do. I can’t take anything away from him.

“After every fight, fighters have to decide what to do next. I have a lot outside of boxing that makes me happy, and it takes the sting out of tonight.”

“I love to fight and battle and go toe-to-toe. I executed the game plan. My defense was much better and I’ve worked hard on my defense. This was my best fight because that guy stood and fought, he didn’t run.

“I wasn’t surprised that Mendez took so many punches because I didn’t throw every punch hard, I mixed it up, but did throw some hard punches.

“I want a couple more fights then I want to fight for the world title. That’s what I’ve worked so hard to do. I’m not going to dodge anybody. I want to fight Gennady Golovkin and take his belts.” 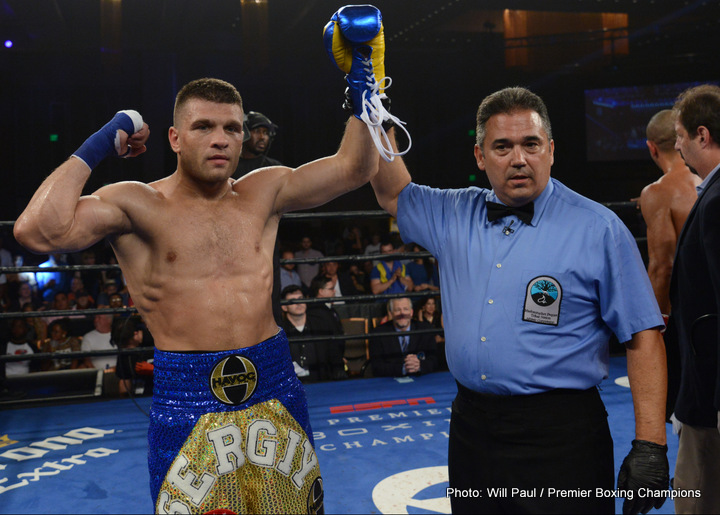 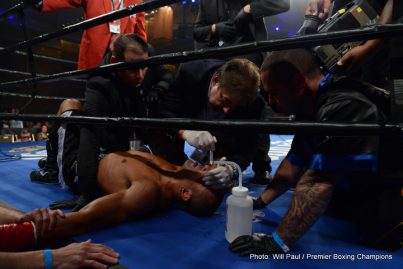 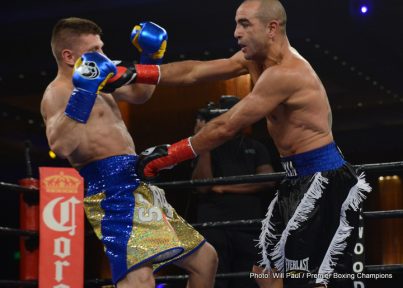 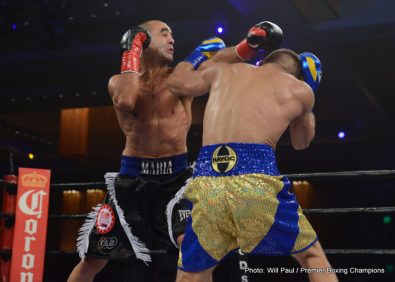 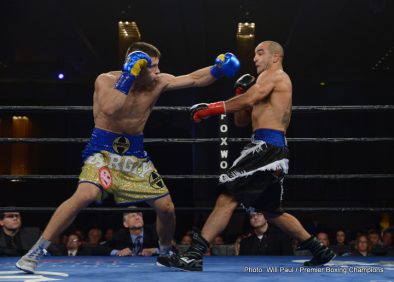 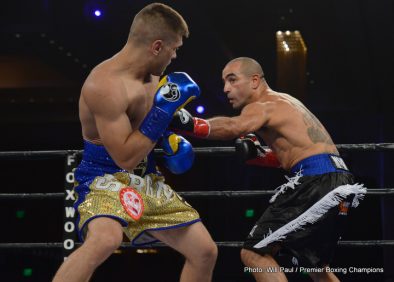 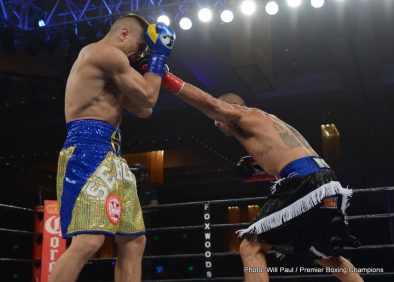 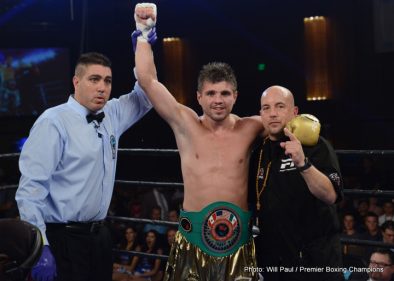 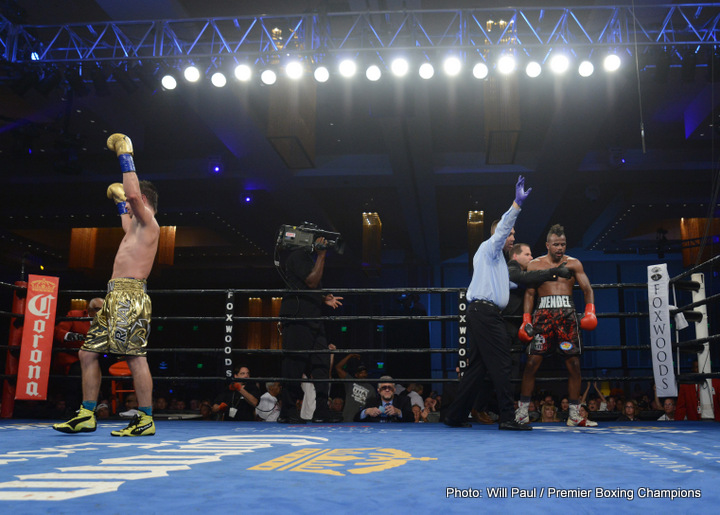 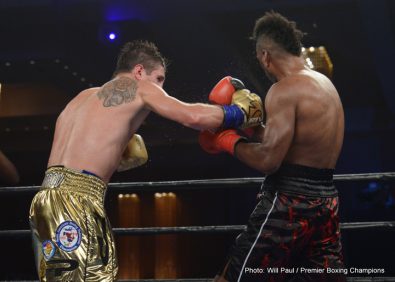 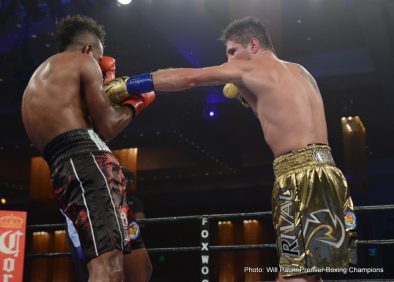 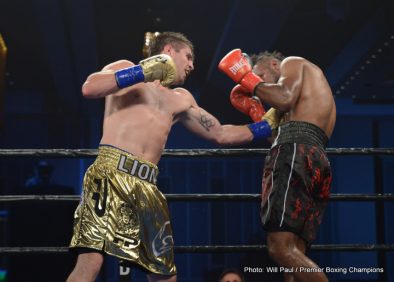 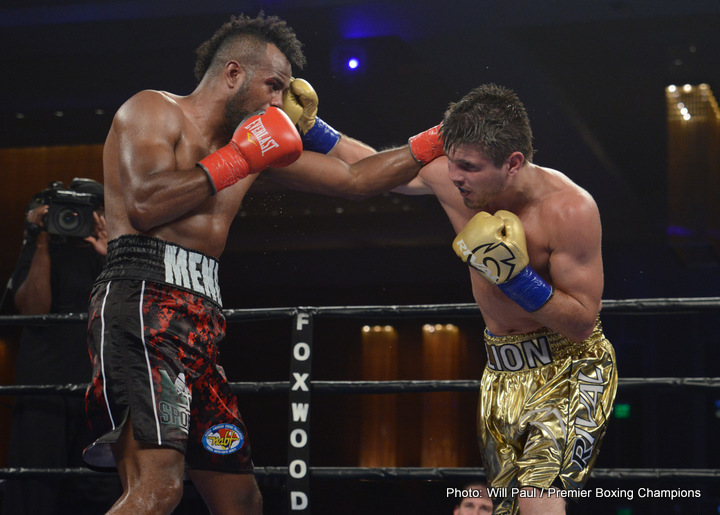 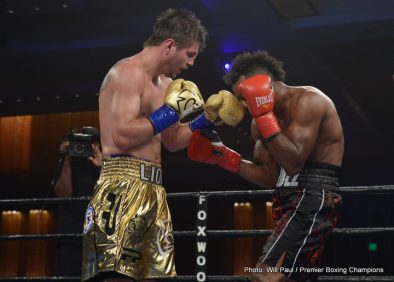 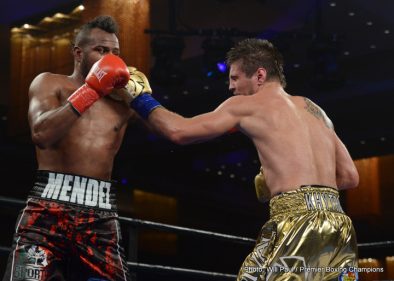