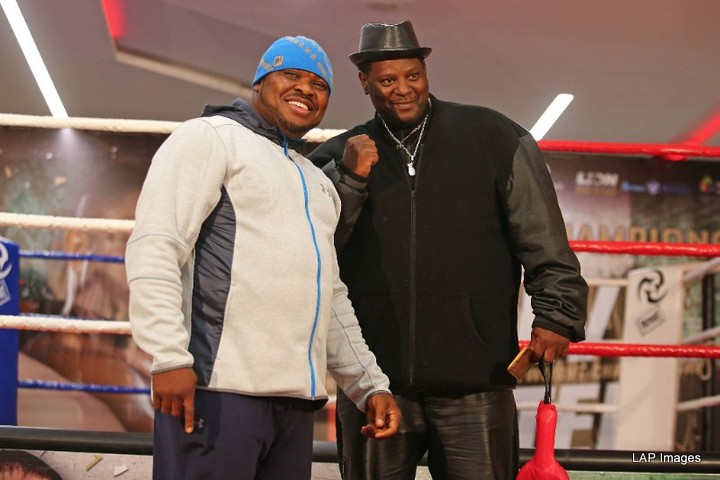 After another short-lived comeback, former WBC heavyweight champ Samuel Peter looks to be as done as can be. Fighting last night on the Shields-Hammer card in Atlantic City, the 38 year old who was once, a long time ago, looked at as a possible star of the division, dropped an eight-round split decision to Mexican journeyman Mario Heredia. Peter scored a knockdown over his 5’10” opponent in round-three yet was unable to finish the 26 year old, who fought on and prevailed by scores of 77-74 and 76-75, with the third judge giving Peter the nod via a 79-72 margin.

That rare thing, a Mexican heavyweight, Heredia of Chihuahua would very likely have been bowled over and taken out by a prime Peter, but “The Nigerian Nightmare” has been a sadly faded force for years now. Peter came back in February of this year when he blasted out another Mexican fighter in Gerardo Escobar, but his future now looks bleak. Peter came in at a reasonable weight at 259 pounds (reasonable for him at least) but he looked sluggish, flabby and he telegraphed his punches.

The decision was questionable in as much as plenty of fans felt Peter deserved the win, but in reality Peter’s latest comeback was going nowhere. He may or may not hang up the gloves (most likely the latter, certainly if Peter needs the money), but it seems unlikely the former WBC champ who held the belt back in 2007 and 2008 will be given another opportunity on such a big stage.

Samuel Peter "The Nigerian Nightmare" just lost a split decision to the Mexican journeyman Mario Heredia on @fightnightlive_. I thought that Peter won the fight, he had Heredia down and in trouble in the 3rd but he still looked pretty terrible in there. pic.twitter.com/IM36I9YO0v

As for Heredia, he may or may not move on to get himself a decent payday against another name heavyweight on the back of this, unquestionably the biggest win of his entire career.

Also at heavyweight on last night’s card at The Boardwalk, unbeaten Swedish hope Otto Wallin had far from the U.S debut he was hoping for. Going up against the fleshy Nick Kisner (think Jim Belushi in boxing shorts) the tall southpaw had to make do with a No Contest as the fight was stopped after the opening round due to a nasty clash of heads that left Kisner unable to see.