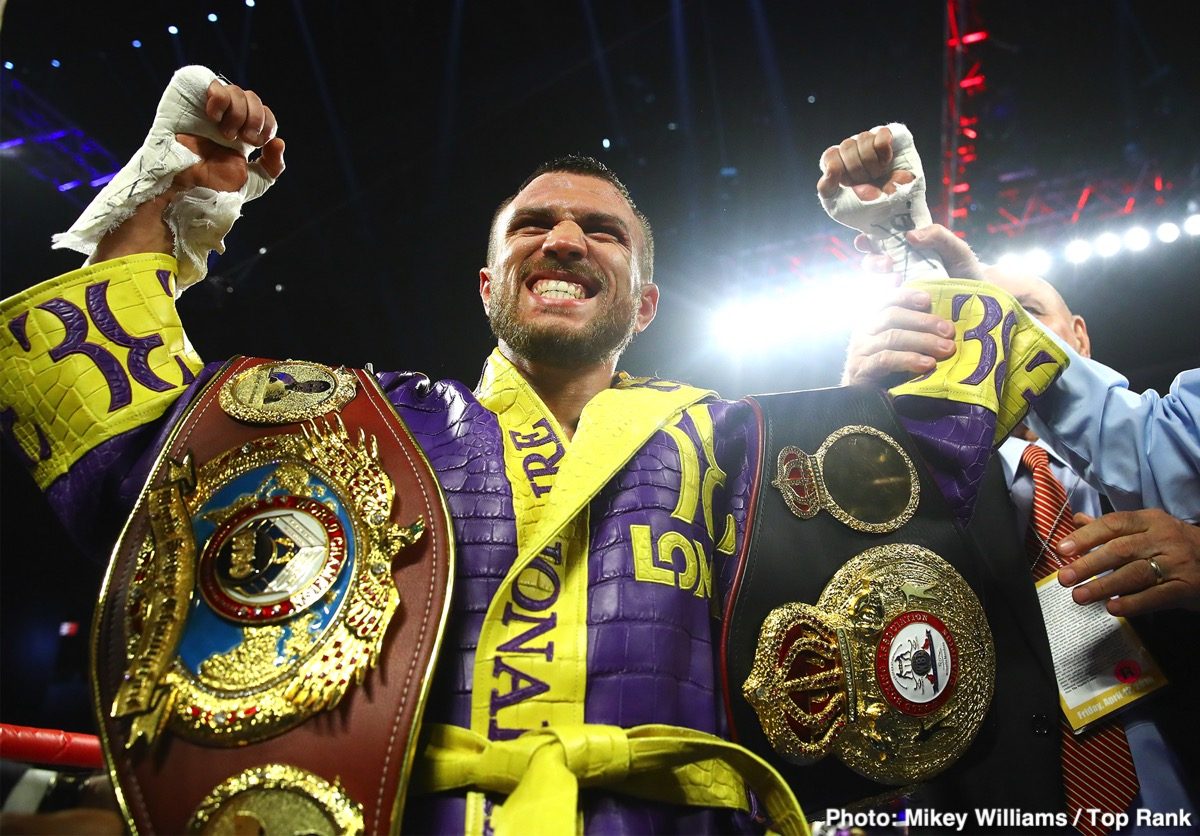 Lightweight champ Vasyl Lomachenko paid a small price for his otherwise hassle free and quite brutally impressive fourth-round KO win over a game but outclassed Anthony Crolla. It was initially feared the 31 year old WBA/WBO and Ring Magazine 135 pound champ had broken his right hand in that fourth-round, yet reports have confirmed Lomachenko broke a knuckle on his right hand.

This will of course mean that the pound-for-pound star will have to rest the hand for a number of weeks, but the plan is still in place for Lomachenko to return to action in September. “See you in September,” Lomachenko wrote on his twitter page earlier today.

It remains to be seen who Lomachenko will fight in September, but it is assumed it will be another unification battle. Lomachenko wants all the belts at 135, and if he fights for one of the two belts he does not yet hold – the WBC and the IBF – he will face either Mikey Garcia or, perhaps more likely seeing as how he was in line to fight Loma on April 12th until he suffered an injury of his own, Richard Commey next.

Either fight would be interesting but it would take a brave fan or pundit to predict anything but another Lomachenko victory. Still, Garcia has lost just once and he has never been stopped, while Commey has lost a couple but he too has never been stopped. If he does fight one of these guys next it will be very interesting to see if Lomachenko fights as aggressively as he did against Crolla, against whom he was totally ruthless.

Despite this, another British fighter, in the form of former Olympian Luke Campbell, is hoping to get a crack at the 13-1(10) champ. Lomachenko has seen the massive stadiums that get filled with passionate fight fans in the UK and he very much wants some of the action. With a solid under-card, a Lomachenko-Campbell fight would perhaps entice many thousands of paying fans. British boxing would of course be thrilled to welcome Lomachenko to these shores.