It’s fair to say a good number of fight fans were turned off at least a little when it was suggested that a Manny Pacquiao vs. Ryan Garcia fight would be of the currently all-popular exhibition variety. It remains to be seen if the 22-year-old 135-pounder will even face the 42-year-old welterweight, and if so, when and where.

But Garcia, a huge fan of Pacquiao, is buzzing over the prospect of sharing a ring with one of his absolute heroes – whether it’s in a real fight or an exhibition. Speaking with ESPN Deportes, the WBC interim champ said that even if the fight does go down as being an exhibition, it will still be a real fight to him.

“Everyone has the same question – will it be an exhibition or a real fight,” Garcia said of the possible fight between him and Pac Man. “We are two real fighters. I’m not going to throw lies, and neither is he. You can call it what you want, but it will be a fight. I will be throwing punches as if I want to knock out Pacquiao.”

But what about the weight difference between Garcia and Pacquiao? Garcia says the fact that he is a lightweight and Manny is a 147 pounder is no problem, as he would move up in weight in a veritable heartbeat so as to secure the fight. 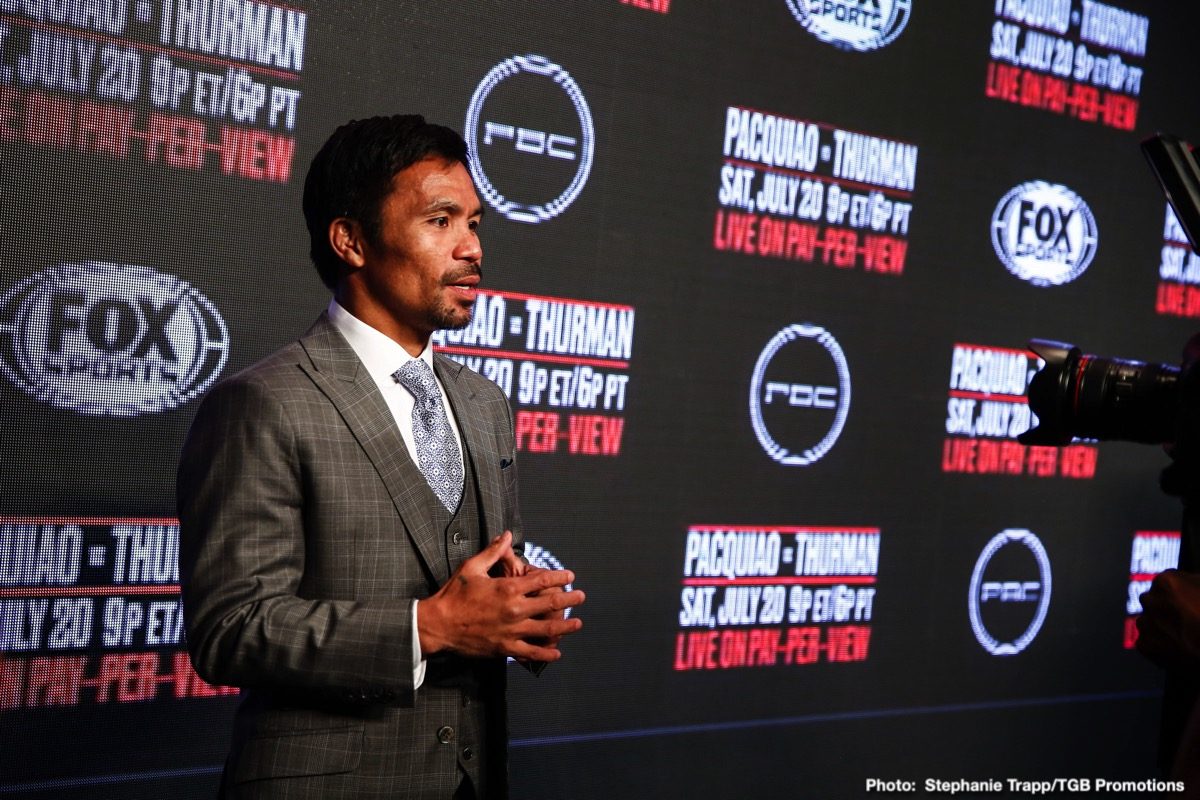 “I’ll do whatever weight Pacquiao wants. If I have to go up to welterweight, I’ll do it,” Garcia said.

So will this fight happen? If so, will it be with headgear and bigger gloves? Will it be at 147 pounds or perhaps somewhere in between 135 and 147, at a catch-weight? Will it be a real fight?

Exhibition or real fight, will you be tuning in? Who knows what to expect if these two fighters, from entirely different eras, do share a ring sometime this year.

We saw the incredible PPV numbers the Mike Tyson vs. Roy Jones exhibition bout pulled in back in November. Maybe a Pacquiao vs. Garcia exhibition will outdo those numbers.