Ryan Garcia made it clear last Saturday night that he’s the one calling the shots for a fight with Gervonta ‘Tank Davis, telling the star that he must come up to 140 if he wants to face him in a mega-fight in December.

So Ryan sees himself as the big boss, ordering Tank Davis around and telling him what he must do for them to fight. What on earth is wrong with this guy?

Ryan’s decision to move up to 140 is a method to avoid fighting Tank Davis, Devin Haney & Vasyl Lomachenko, or his ego has gotten out of control. It could be that Ryan’s ego has gone into the stratosphere, boosted by his victories over fringe-level opposition.

One could understand Ryan trying to call the shots with Tank Davis if he’d beaten Lomachenko, Haney, or Teofimo Lopez, but not with his best wins coming against a softened-up Luke Campbell and Javier Fortuna.

Both of those fighters had been beaten before Ryan fought them. In Fortuna’s case, he lost last year in a fight against Joseph ‘Jojo’ Diaz.

The reality is that Ryan hasn’t earned a fight against Tank Davis based on the opposition he’s fought.

It seemed a little odd that Ryan Garcia (23-0, 19 KOs), a fighter that has never captured a world title or fought a high-quality contender, would be setting the conditions for Tank (27-0, 25 KOs) to agree to if he wants a fight against him later this year.

Perhaps Ryan’s sixth-round knockout win over badly faded former WBA super featherweight champion Javier Fortuna (37-4-1, 26 KOs) went to his head, giving him a feeling of omnipotence that he could order Tank Davis around.

Why would Ryan move up to 140 without fighting those four?  It would seem evident that Ryan is ducking the four of them to avoid suffering a loss and watching the money he’s been making on soft opposition stop.

“I felt way better at this weight,” said Ryan Garcia after his stoppage win over Javier Fortuna last Saturday night. “I’m not going down to 135 for nothing. But I will fight Tank next if he wants it at 140.”

So there it is. Ryan is calling the shots with Tank, a former three-division world champion, and it looks silly. Fortuna is ranked #11 with the WBC, and he’s not a top-level contender. Why would a world champion have to come up to 140 to fight a belt-less challenger who had never even fought a top-level fighter during his career?

“I’ll make sure to record all the negotiations so you can’t say I was ducking,” said Ryan about Tank. “I want that fight because it will give me the respect I deserve.

“I’m never afraid. I have a spirit of competition in me, and you’ll see that come out when I fight Tank and whoop his a**.”

“Fortuna hit hard; he has a hard fist. As I said, when I fight stronger opponents, I box better,” said Ryan. 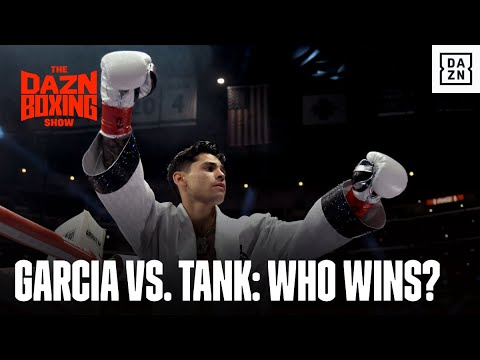