Gary Russell Jr. believes that destroying #3 WBC challenger Mark Magsayo on Saturday could make it difficult for him to get the bigger fights he wants for the next defense of his WBC featherweight title in the summer.

Should he come out victorious on Saturday, Russell would like to get a big name in his next fight in the summer as long as he’s injury-free. You never know what can happen when you’re coming off a long layoff as the one Russell has had.

“If I go out there and I destroy Mark on Saturday, then the big fights that I want, those fighters won’t be in a rush to face me,” said Gary Russell Jr. I’m always trying to give the same message when I enter the ring. I believe in intellect over athleticism, no matter the situation.”

Gary says if he moves up in weight, he’ll only do it to take on a world champion. Moving up to 130 or 135 would allow Russell Jr to fight these guys:

Russell has gotten away with fighting once a year since 2015, but he’s now coming off a two-year layoff, and he’s not young at 33. That’s young for a heavyweight, but not for a fighter from the lighter weight classes like Russell.

Anytime you have an elite-level fighter that chooses to stay out of the ring for two years, there’s a high chance that they’ll lose. In Russell’s case, his age makes him vulnerable. You can only get away with fighting rarely while you’re young. Once age starts to kick in, that’s when you see problems arising.

“If we can get through the fight injury-free, we’re going to try to swing back around this summer,” said Russell Jr. “I just need a willing opponent. I’m willing to move up in weight, but if I move up, I want to compete against another champion.”

Russell Jr.’s inactivity has kept him from building a large fan base, which is something he would need for him to get the essential fights he craves. It really doesn’t pay off to fight once a year, doing the minimum to hold onto your titles the way Russell Jr has.

You can only imagine how famous Russell would be right now if he’d chosen to fight three times a year since 2014. Instead of fighting once a year, Russell Jr. should have fought three times, as that would have made him more money and opened the doors for bigger money fights.

Russell Jr is an oddity in this day and age because most fighters want to fight frequently to increase their chances of making money.

On the positive side, Russell Jr’s inactivity has sparred his body from taking the punishment that it would have if he’d fought more often. But he’s aging anyway even without fighting, and he’s hurt his ability to earn money.

The fights that Russell Jr. would have a chance of getting at 130, 135, or 140, they’re probably not there for him because he brings little to the table.

At 130, it’s unlikely that Russell will get fights against Shakur Stevenson or Oscar Valdez due to them being with Top Rank and fighting on ESPN. Top Rank promoter Bob Arum would still make a fight with Russell Jr. if he were a huge draw, but he’s not, thanks to his inactivity. 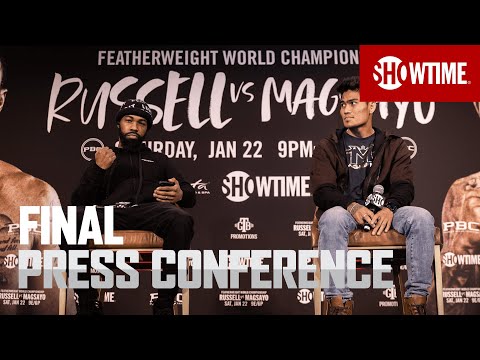