Andy Ruiz Jr (34-2, 22 KOs) shook off the ring rust on Saturday night from a long layoff to defeat the always tough Chris Arreola (38-7-1, 33 KOs) by a 12 round unanimous decision in a WBA heavyweight title eliminator in front of a live crowd at the Dignity Health Sports Park in Carson, California.

The two heavyweights battled it out in the main event on FOX Sports PBC pay-per-view in a throwback fight that looked like something out of the early 1980s rather than in this era with giant heavyweights. 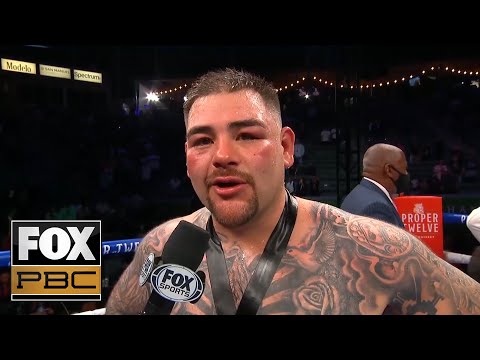 The Ruiz vs. Arreola fight was purely entertaining from start to finish.

It wasn’t a perfect performance from the 31-year-old former IBF/WBA/WBO heavyweight champion Ruiz, as he was knocked down in the second round by a right hand from the 40-year-old former two-time world title challenger Arreola.

Ruiz left himself open after throwing one of his wide hooks, and Arreola took advantage of it by coming over the top with a right hand that put the former three-belt champion down.

It looked like Ruiz was on his way to getting knocked out when he was hurt by Arreola in the second and buzzed again in the third.

Arreola stopped countering Ruiz after the third, and the fight became one-sided in favor of ‘The Destroyer’ from that point on.

Arreola had an arm injury that was bothering him down the stretch and seemed to prevent him from using his left. Ruiz was still unable to hurt Arreola and finish him off how Deontay Wilder and Vitali Klitschko had done in the past.

Whether that’s a sign that Ruiz lacks punching power to compete at the highest level against fighters with a chin or whether it’s an indication that he lost power due to his weight loss program, it’s unknown.

It’s probably more of a case of Ruiz never really being a big puncher, to begin with. His old promoter Bob Arum said he was never a big puncher, and that’s why he was surprised that he knocked out Anthony Joshua in their first fight in June 2019 in New York.

The positives from Ruiz’s performance tonight

The negatives from Ruiz’s performance

It was a good performance, Ruiz, but not the type that suggests that he would beat a solid heavyweight like Deontay Wilder, Dillian Whyte, Daniel Dubois, Joe Joyce, or Luis Ortiz.

You got to imagine that Whyte is licking his chops right now, thinking that he would like to fight Ruiz to take advantage of all the flaws Arreola exposed.

With the win tonight, Ruiz is now the mandatory challenger to WBA heavyweight champion Anthony Joshua.

Hopefully, Ruiz doesn’t choose to play it safe from this point on until he gets his mandated title shot in 2022 or 2023. Ruiz probably won’t want to take on someone dangerous like Wilder, Luis Ortiz, or Dillian Whyte and possibly lose his WBA mandatory position because he’s got a guaranteed payday. All he has to do is wait.

For Ruiz to have a better chance against Joshua or Tyson Fury, he’s going to need to keep fighting, preferably better opposition than 40-year-old Arreola.

If Ruiz is as good as some boxing fans think he is, he should beat better heavyweights than Arreola.

Still, it was awfully troubling to see Ruiz getting knocked down in the second and hurt in the third as well by Arreola. It stands to reason that if Arreola were able to do this to Ruiz, would a good heavyweight do to him if given a chance?

That’s a question that looms. It’s also one that Ruiz’s promoters will need to contemplate when they sit down to decide who he should fight next. If they pick the wrong guy, it could be game over for the Ruiz. 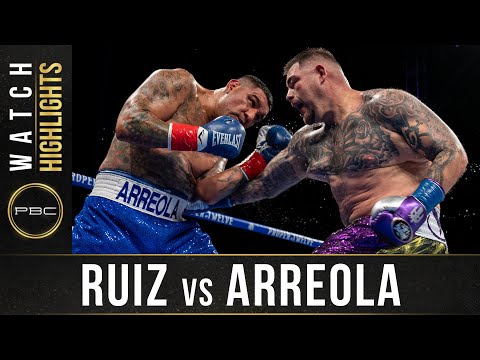