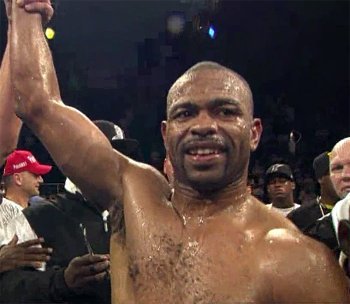 Earlier rumours about a dust-up between the American former great and the 35 year old Welshman became true last week at a public unveiling in Russia, where the bout is set to take place on Dec. 12.

New Russian citizen, Jones, is chasing the elusive cruiserweight world title that he sees as the perfect ending to his long and illustrious career, yet even though both men are way, way past prime, Warren believes that after previously suggesting he should retire, a rejuvenated ‘Big Mac’ now has a realistic last-ditch shot at becoming a world champion again.

“There was an opportunity [for Enzo] to fight for the European title, but once I heard about this opportunity I felt it represented a better one,” Warren wrote in his column for dailystar.co.uk.

“[Maccarinelli] has always been a tremendous puncher, he can punch and box, and going with [trainer, Gary] Lockett has given him a new lease of life.

“The former WBO champion has extended his career and Lockett has got him doing things I would have liked to see him do years ago.
“It is going to be something else out there on December 12, but he has been to Russia before and knocked out Alexander Kotlobay in 2010 to win the European cruiserweight title,” he added. “I don’t think he will be fazed by it at all and I’m looking forward to seeing if he can pull it off.

“He deserves it for all he has put into the sport.”

Jones Jr/Maccarinelli will be live on Boxnation (UK) Dec.12