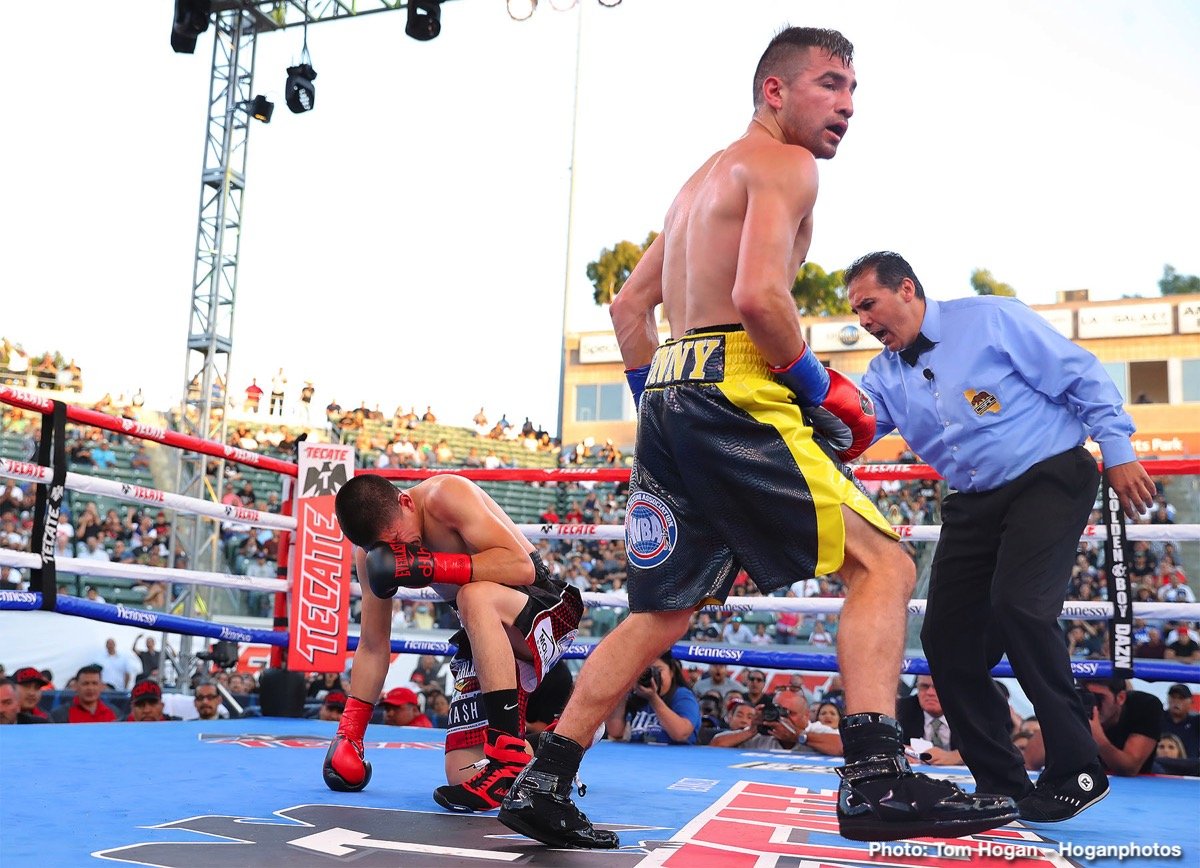 We saw an upset last night in Carson, California, as highly favoured, unbeaten wannabe star Diego De La Hoya was stopped in the sixth-round by former WBC title challenger Ronny Rios. De La Hoya, famous due to his surname but also a fine fighter in his own right, was the favourite to defeat Rios and take the WBA “Gold” super-bantamweight strap whilst also defending his NABF title.

At age 24 and entering the ring with an impressive 21-0(10) pro record, De La Hoya instead found out how tough Rios, who entered with a 30-3(14) ledger, really is. It was a great action fight, with some explosive trading and some thrilling inside action, but in the sixth Rios decked De La Hoya with an uppercut. De La Hoya got up but he was badly hurt and he informed the third man in the ring that he could not carry on.

This was a big win for Rios, one he badly needed. Having been beaten by Azat Hovhannisyan, who KO’d him back in March of last year in a WBC Continental Americas title fight, 29 year old Rios had also been bested over 12-rounds by Rey Vargas in August of 2017, this being a shot at the WBC world title.

Now having knocked off a big name, the hard-working Rios has put himself into position for further big fights and possibly another crack at a world title. A good fighter to watch with his pleasing style, Rios is certainly a guy to root for.

As for De La Hoya, some harsher critics will no doubt say he “quit” last night, declining to dig in and fight on, or try to do so, after getting back up from the knockdown. Whether or not De La Hoya can come again, whether or not he can still win a world title, remains to be seen. A return between Rios and De La Hoya is something of a possibility, maybe, and as exciting as last night’s battle was, another slice would likely be welcomed by fans.

Rios though will go where the money is and rightly so. 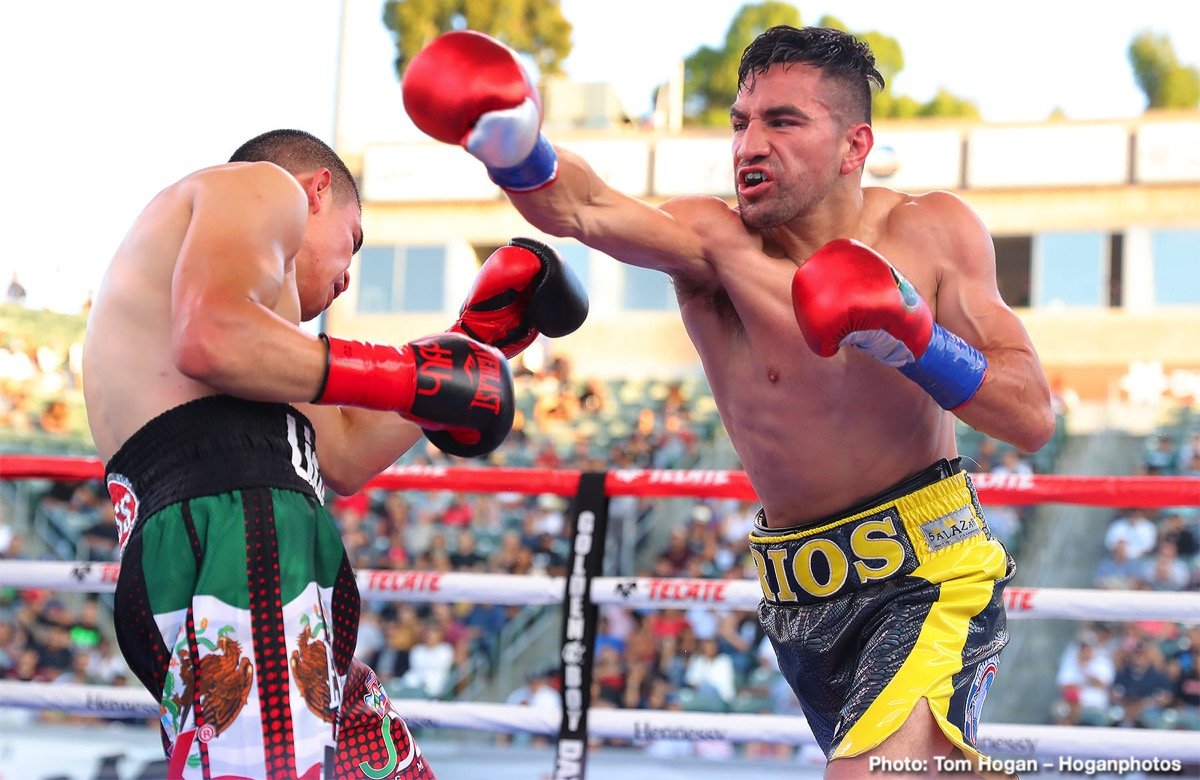 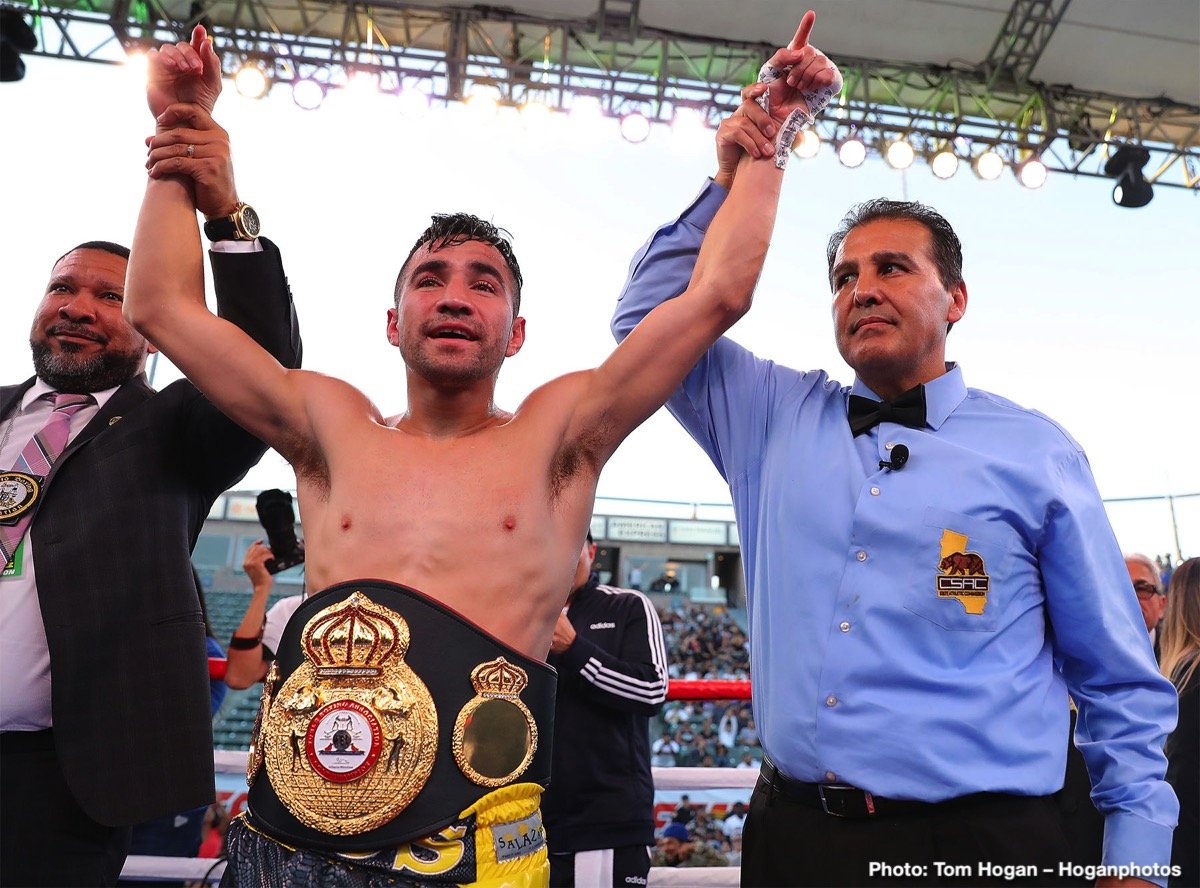