Rolly said last week that he touched Teofimo (16-1, 12 KOs) on his injured elbow, and he “screamed” in pain.

Teofimo should have pulled out of his fight with Kambosos (20-0, 10 KOs) because he looked nothing like the fighter he’d been before that contest. He made the light-hitting Kambosos look like a massive power puncher, which he clearly isn’t.

Going into the fight with Kambosos after a year of inactivity and dealing with an injury wasn’t the smartest thing for Teofimo. He should have told his promoter about his injury and asked to have the fight postponed.

Rolly says the Australian Kambosos is a “horrible fighter,” and he’s tempted to fight him if he doesn’t get his previously scheduled title shot against WBA ‘regular’ lightweight champion Gervonta ‘Tank’ Davis rescheduled.

Romero, 24, says he’s the WBA mandatory for Kambosos, and he’s thinking of potentially going in that direction. If Rolly faces Kambosos, it’ll put him in the role of the avenger, and he’ll be able to even the score by gaining revenge.

“Teo was injured, and you could tell from the first round that he was injured,” said Rolando ‘Rolly’ on social media.

“I was with Teo a week before, and I touched his elbow, and he was in pain and about to scream,” said Rolly.

Unfortunately, Teofimo has already given up on the idea of a rematch with Kambosos, even though he offered to give him one immediately after their fight last Saturday.

That was a mistake on Teofimo’s part not to take Kambosos up on his offer or at least tell him that he needed time to think before giving him his decision.

Teofimo and his dad/trainer Lopez Sr. are under the mistaken impression that they’re going to move up to 140 and get an immediate title shot against undisputed champion Josh Taylor.

They’re both delusional because that’s NOT going to happen now after the loss to Kambosos. Even if Teofimo had beaten Kambosos, the chances are that he wouldn’t have gotten a title shot against Taylor right away

Since it’s not looking good for Rolly to get the fight with Tank Davis right now, he should push the World Boxing Association to get his title shot against Kambosos.

“Rolly would knock Kambosos the f*** [out]. That’s not even a question,” said Romero. “Kambosos loses to EVERYBODY. Literally to everybody, and I’m his f**** mandatory.

“I’m Kambosos’ mandatory, and he loses to everybody. Yeah, Teo really was injured,” said Rolly. 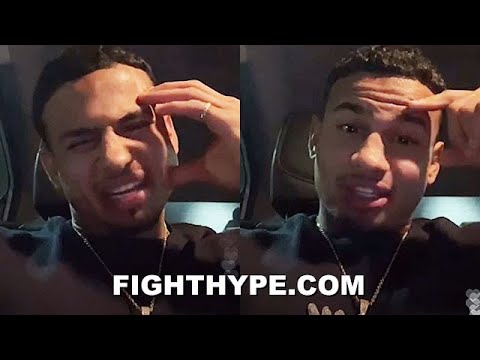