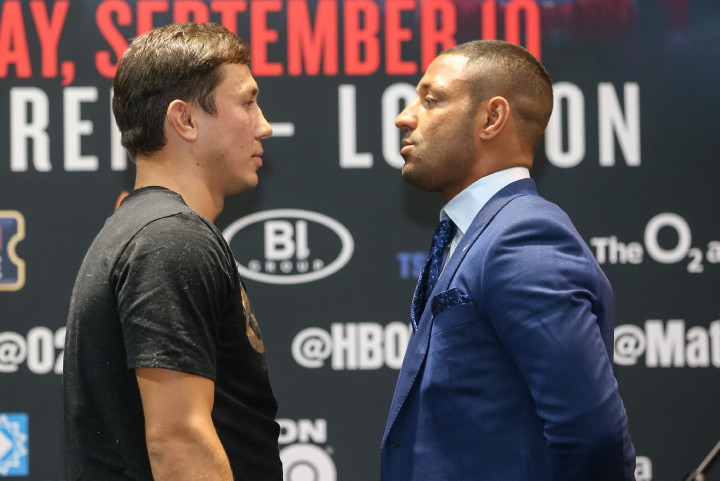 “I think he’ll obviously have a few good rounds. I hope I’m wrong. I hope he does it,” Hatton said to Ring. “But Golovkin is what he is. He is a punching machine, a lot bigger than Kell. I think he’ll have his successes and I hope he proves me wrong, but you think size will tell at some point in the fight. You have to give Kell credit for taking such a big fight and obviously moving up. But at the end of the day who can blame him? It’s a massive payday. He’s wanted to fight the Amir Khans and the big names in his weight division and he’s come up with probably one of the biggest names in boxing. He’s been watching the parade go by, Kell. I feel sorry for him. Pacquiao never came off. Mayweather never came off. The tests in his own weight division haven’t come off so he has to take this one.”

Hatton makes an interesting point and observation: if Brook had managed to get himself a massive welterweight clash with a Khan, a Danny Garcia or even a Pac-Man, would he have taken the Golovkin fight? No way. But desperate men do desperate things and Brook, perhaps due to a, ‘the hell with it’ mentality spurred on by the way months of his career had passed with precious big fight action to show for it, jumped in and took the GGG opportunity when he was able to due to the way Chris Eubank (either Junior or Senior) either overplayed his hand at patience or never wanted the fight in the first place (take your pick).

September’s fight is somewhat hard to pick (not GGG’s win, that looks assured, but the manner in which he wins is at least debatable) and some good judges are giving Brook a shot. Hatton sounds as though he really wants to pick a Brook win but he is simply unable to do so. As he made more than clear though, the former 140-pound king will not be at all displeased if Brook manages to prove his Golovkin pick wrong.