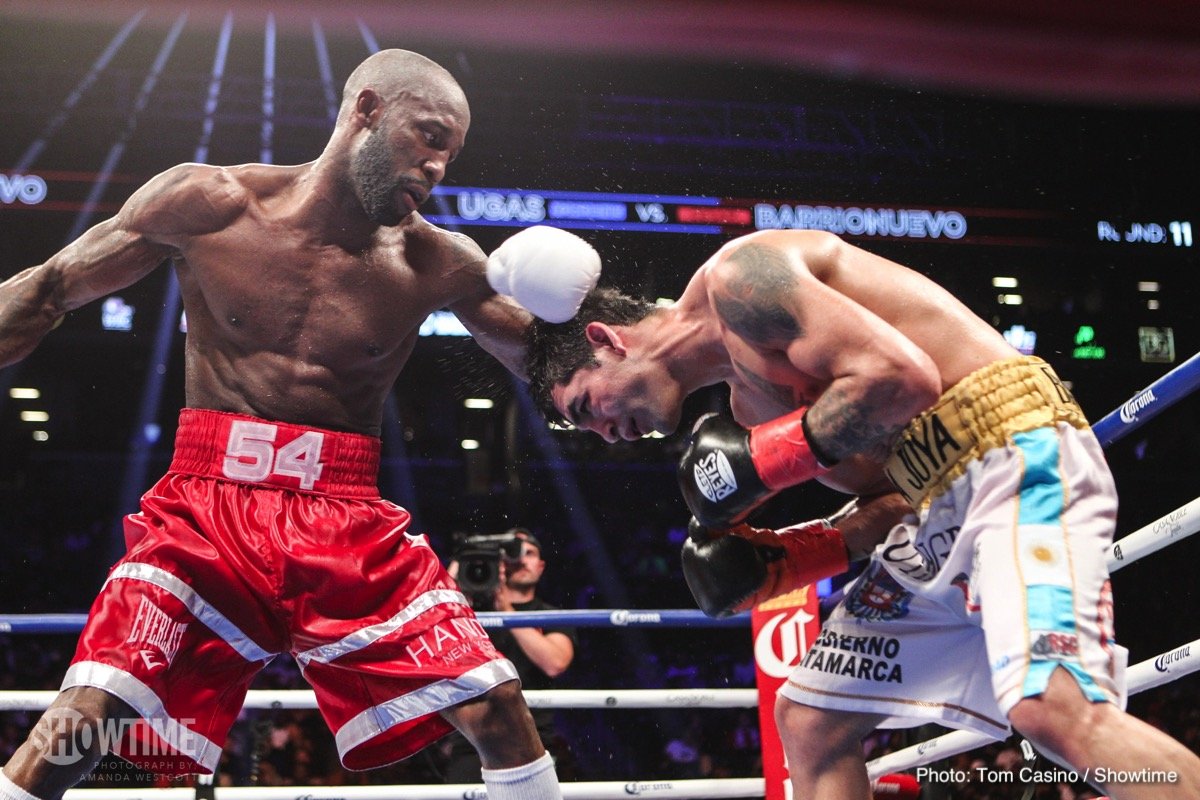 In a tactical performance, Ugas dictated the pace from the opening bell and looked comfortable throughout the 12 rounds. He was the more effective fighter from the outset, landing 55 percent of his power punches and 35 percent of his total punches. Barrionuevo, who was facing a big step-up in competition, was never able to trouble the former Olympic bronze medalist out of Cuba, despite throwing more punches.

“We won today and I think I showed everybody my talent,” said Ugas, who improves to 8-0 at 147 pounds. “I’m happy with my performance. I showed enough, now I’m ready for a championship fight.

“I want the winner of Danny Garcia vs. Shawn Porter. I’m here to compete with the top-level guys in the sport.”

“I just didn’t have the right distance tonight,” said Barrionuevo, who was making his U.S. debut. “It was hard to catch him and attack. He countered well and attacked the body. I showed my heart but he was the better fighter tonight.”

“This means everything to me,” said Serrano. “I work so hard and I hope this fight shows the fans that girls can fight and we can give it our all just like the men do. We deserve to have this platform and we deserve to be shown.”