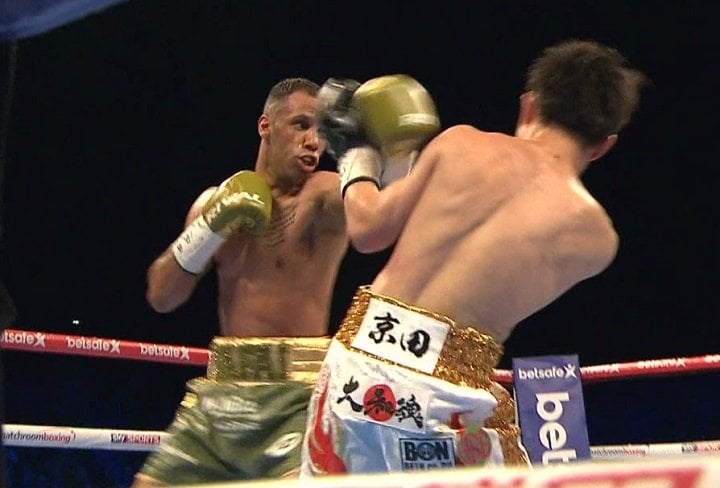 Last Saturday, Kal Yafai thrilled his hometown fans in Birmingham, England, and made the first the defense of the WBA Super Flyweight title with a 12-round unanimous decision over Suguru Muranaka.

The bout headlined another tremendous day of action AWE-A Wealth of Entertainment.

“I am thrilled to be able to bring this action-packed cards to the American fight fans,” said Charles Herring, President of AWE-A Wealth of Entertainment.

“In recent months, The super-flyweight division has been one of the divisions that has featured terrific fights, and today Kal Yafai proved that he is one of the elite in the division. Sam Eggington carried on the momentum of stopping Paulie Malignaggi, and won in another thrilling fight. We have a great Spring and Summer fight schedule that we will be excited to share with the fans very shortly.”

Yafai looked like he was going to have an early day as he sent his Japanese challenger down to the canvas in round two. Muranka proved sturdy and even had a few moments in the fight. Yafai was deducted a point in round eight for low blows, but he was comfortably ahead, and won by scores of 119-107 twice and 118-108.

It was an exciting fight throughout, but the taller Eggington took control of the bout and drilled Rodriguez with ahard uppercut on the inside that sent him to the canvas and the fight was stopped.

Eggington, 146.8 lbs is is 21-3 with 13 knockouts. Rodriguez, who is managed by former world middleweight champion Sergio Martinez is 24-2.

Gamal Yafai dropped Sean Davis six-times en-route to a seventh round stoppage over Sean Davis in a scheduled 10-round Super Bantamweight bout featuring Birmingham based fighters.

Yafai dropped Davis three times in the 7th round, focusing mostly on the body and the bout was stopped at 2:27.

In round four, Kelly dropped Vina with a right hand. Kelly continued to pound Vina and the bout was stopped at 1:27.

In a spirited battle of undefeated middleweight’s, Adam Harper won a decision over Ryan Kelly.