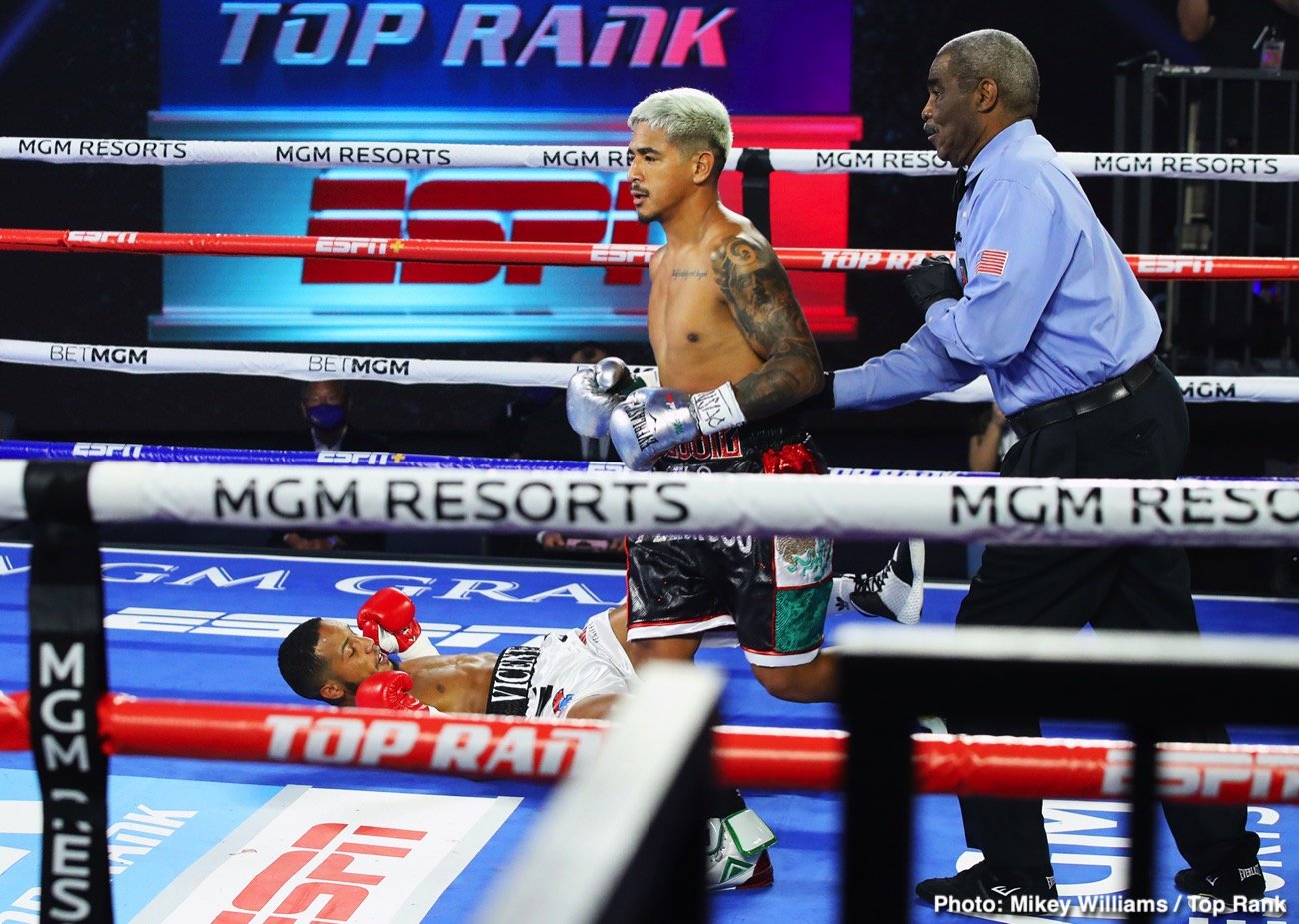 Jessie Magdaleno beat his overmatched opponent Yenifel Vicente on Thursday night by a 10th round disqualification at ‘The Bubble at the MGM Grand in Las Vegas, Nevada.

Referee Robert Byrd stopped the fight at 1:38 of round 10. If there had been a crowd present, they likely would have booed the stoppage. It looked like Magdaleno was tiring at the end, and it would have nice to see the contest play out to the bitter end rather than having the referee spoil things. 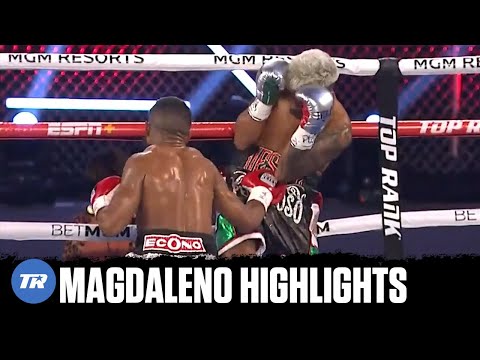 Vicente looked good at times, but unfortunately, he was docked four points for low blows and hitting Magdaleno when he as hurt.  There was certainly a lot of low blows by Vicente, but they didn’t all look intentional. Some appeared to be intentional, but you just never know. Magdaleno was moving a lot, using angles and it put Vicente in a situation where he had to hit a moving target.

The performance of Magdaleno was both good and bad. While he did his part to control most of the fight, he looked like a spent force in rounds seven through ten. I’d hate to have seen what would have happened to Magdaleno if he were fighting a top featherweight contender instead of the 33-year-old Vicente (36-5-2, 28 KOs). 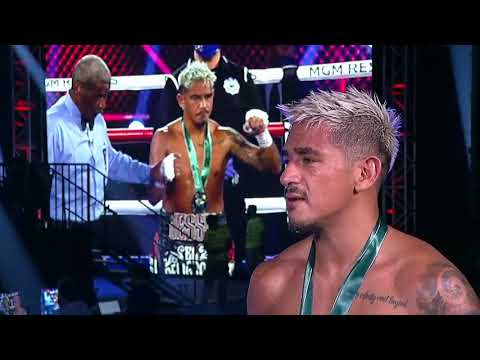 Magdaleno knocked the 33-year-old Vicente down in rounds one and five. There was a big difference in talent between the two, which is why Vicente got dropped. But oddly enough, the guy with the better power was Vicente, and he looked like the more energized fighter of the two in the last four rounds.

Magdaleno looked like he was running out the clock in the fight, and doing just enough to win rounds. If this was the first time you saw Magdaleno fight, you probably won’t be too excited at seeing him fight again. He was too lazy and lackadaisical to impress.

The scores were as follows: 95-95, 96-94, 96-94. In Lopez’s previous fight, he lost to former featherweight champion Oscar Valdez last November in an equally exciting fight. 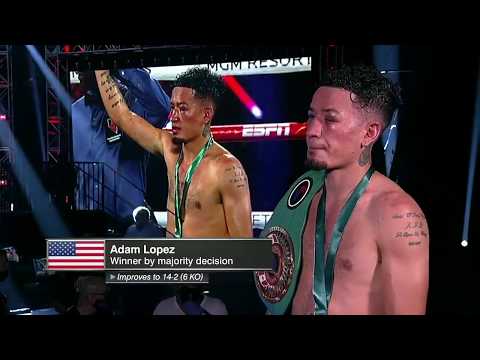