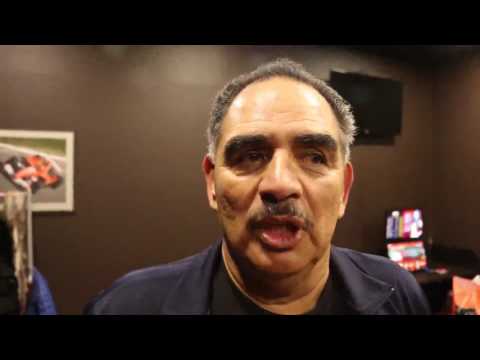 “It’s very disappointing, I clearly won the fight, look at how banged up he is,” said the 29-year-Commey. “Round after round it was the same thing, he bulled forward with his head and I slammed him with upper cuts and lead rights, it was like target practice.”

“While it could be made that Shafikov was the aggressor, there was nothing effective about his game plan, whatsoever. Very one dimensional and capable of beating some fighters but he didn’t beat me tonight.”

This was the second straight controversial split decision loss for Commey, having faced Robert Easter Jr. on September 9th for the vacant IBF Lightweight World Title in Reading, Pennsylvania.

Said MICKEY AMOO-BEDIAKO SR. of Streetwise Management, “It’s inconceivable this could happen twice in a row. Richard beat Easter and he fought like a road warrior tonight and clearly beat Shafikov. The judging in boxing is getting worse each month.”

“Richard had a great training camp and fought like a champion in this fight and the last one. It’s decisions like these that are turning away fans. He battered Shafikov around the ring, one judge got it right at 116-112 for Richard, that’s exactly how I scored it.”

“We’re going to head back to Ghana, regroup and put together a game plan to make another run at a world title. We don’t want any gimmes, we want to fight our way to a title.”

“Richard’s better that all these lightweights with titles including Flanagan, Zlaticanin and Linares. Line any of them up, anywhere in the world and we’ll prove it.”