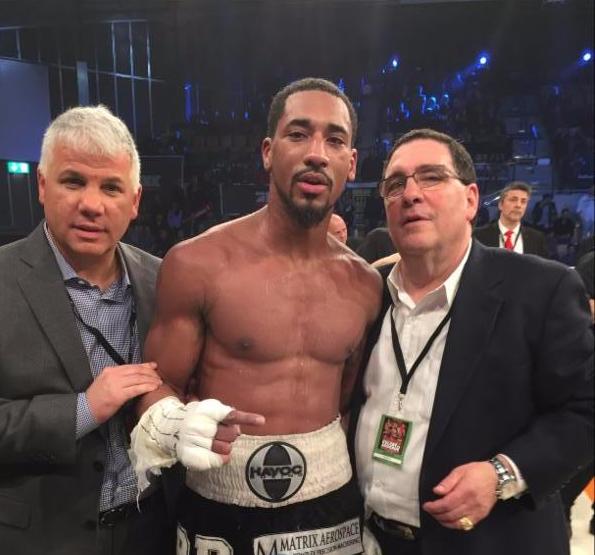 Demetrius Andrade (24-0, 16 KOs) had a better engine in powering past WBA World junior middleweight champion Jack Culcay (22-2, 11 KOs) in defeating him by a 12 round split decision on Saturday night in front of a large pro-Culcay crowd at the Friedrich-Ebert Halle in Ludwigshafen, Germany. The taller 6’1” Andrade threw more punches, and did a good job of using his height to his benefit in defeating Culcay.

The scores from the judges were as follows: 116-112, 116-112 for Andrade and 115-114 for Culcay. Culcay fought well enough to win at least 4, possibly 5 rounds. Andrade did a nice job of pulling away in the last part of the fight to get the ‘W’ with his work rate. It wasn’t the Andrade that we’d seen from him in the past against Willie Nelson and Brian Rose. Andrade have that kind of performance tonight.

Andrade struggled with Culcay’s hand speed, and his slashing attacks. Culcay had studied Andrade well going into the fight, and he understood that the best way to get the better of him was to attack quickly with combinations. Culcay did a good job of that tonight. He would come forward and open up on Andrade on the inside.

The long-armed Andrade was nearly helpless when Culcay would get inside his long reach. It was fortunate for Andrade that Culcay lacked the punching power to hurt him. A power puncher would have had Andrade in trouble tonight. To his credit, Culcay did actually hurt Andrade in round 12. He hurt him when the two of them were standing and trading in the final 30 seconds of the contest.

Culcay caught Andrade with a big shot to the head that stunned him. Andrade looked shaken and was there to be knocked out if Culcay had opened up on him with another flurry. Andrade was just lucky that Culcay didn’t go after him. Culcay chose to retreat and stall the last 10 seconds of the round instead of jumping on the hurt Andrade to try for the knockout.

Andrade never hurt Culcay in the fight. In round 10, Andrade needlessly switched stances from southpaw to orthodox in an attempt to confuse Culcay. It didn’t work. Culcay adjusted to Andrade’s orthodox stance and was able to land a lot of shots.

All in all, it was a good performance from both fighters. Andrade did well with his high work rate during the championship rounds to get the victory. Culcay did a fine job of working Andrade over on the inside in the first 8 rounds. Andrade was the better fighter tonight. He showed a lot of grit in taking control over the fight in the last four rounds.