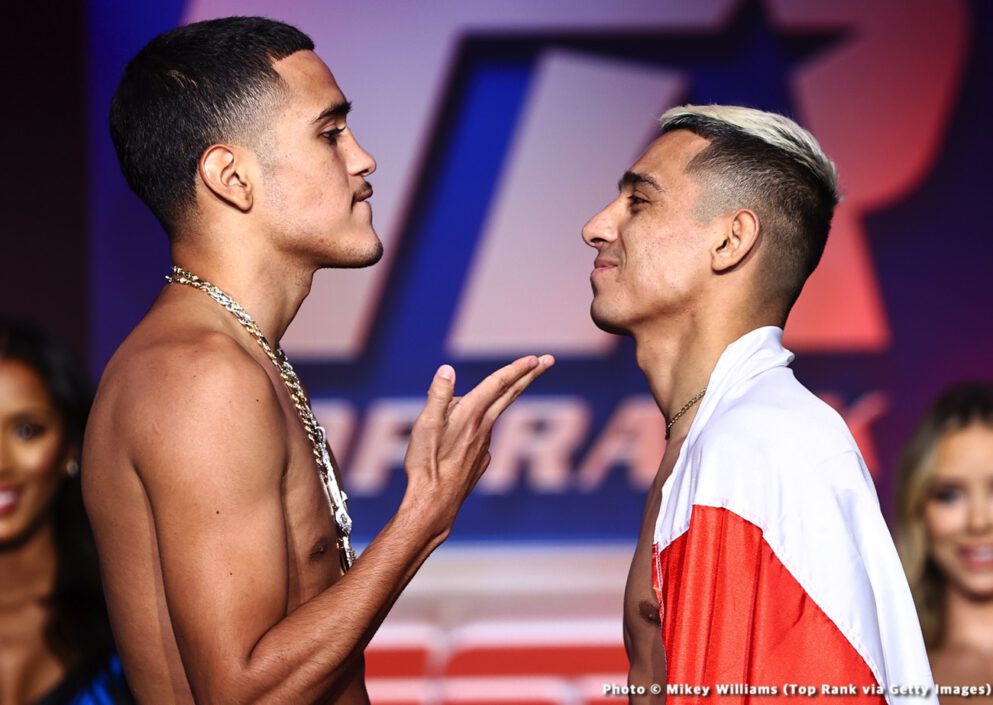 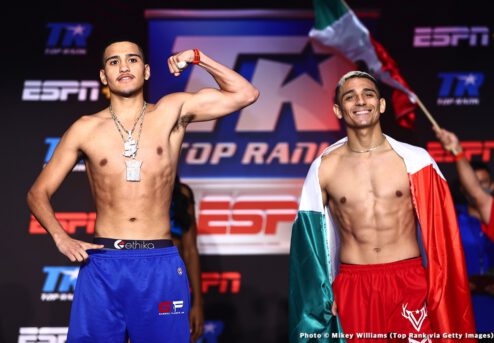 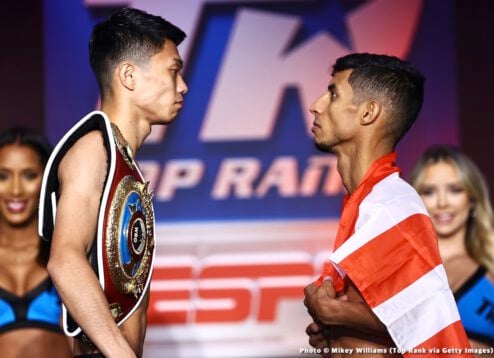 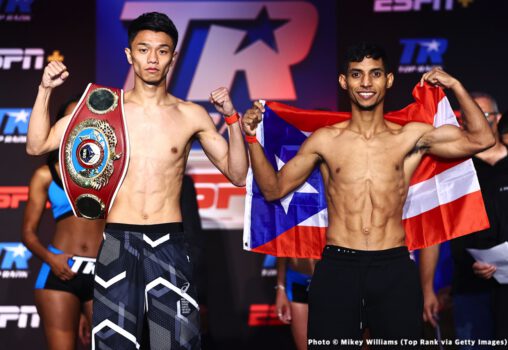 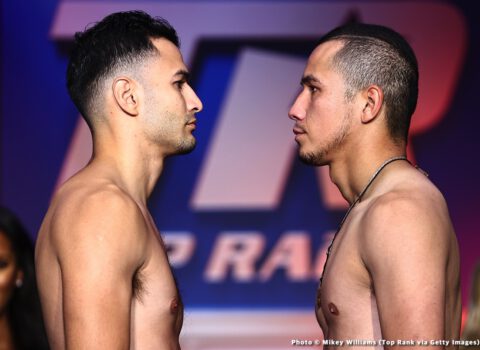 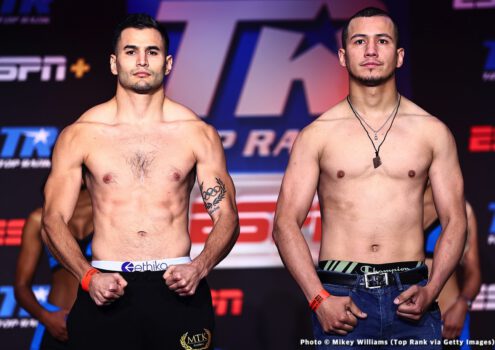 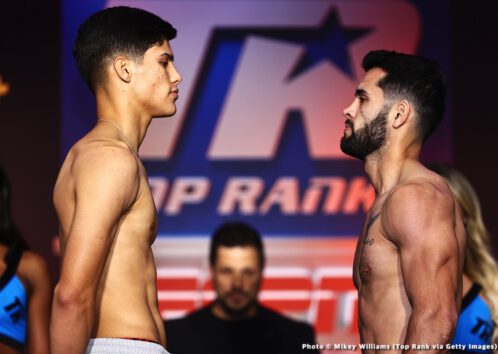 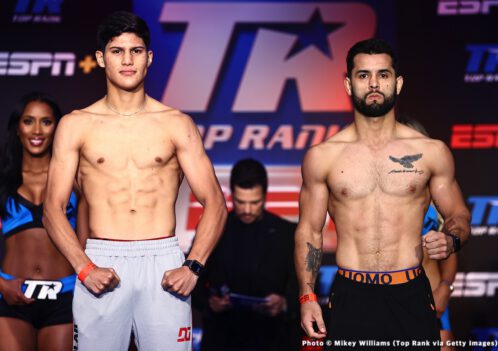 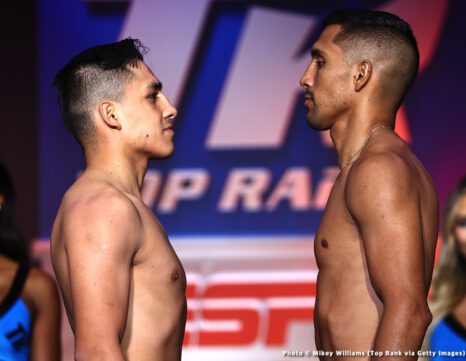 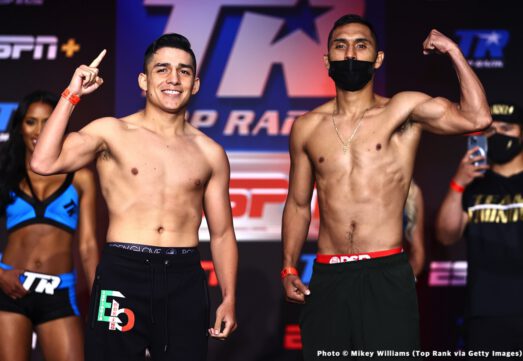 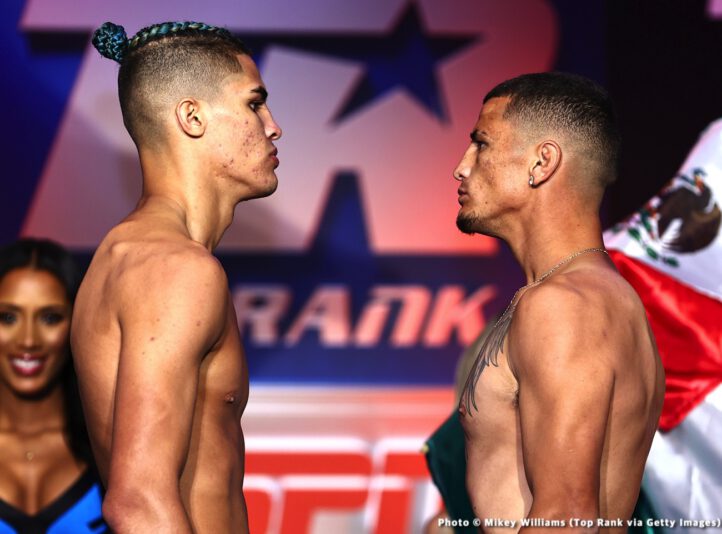 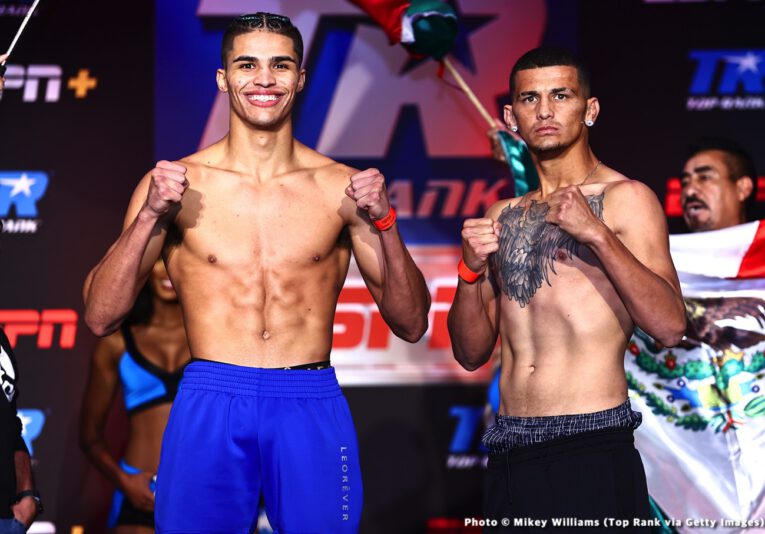 Valdez authored a Knockout of the Year contender over Miguel Berchelt in February and will attempt to successfully defend his title for the first time against unbeaten Brazilian Olympic gold medalist Robson Conceicao (16-0, 8 KOs) on Friday evening at the AVA Amphitheater at Casino Del Sol in Tucson.

Conceicao defeated Valdez by one point in the 2009 Pan American Games finals, so the amateur rivals have a professional score to settle.

Lopez has won five in a row and is best known for last year’s split decision over Andy Vences in one of the best action bouts of 2020. In his last bout, Flores, the pride of Stockton, California, knocked out former world title challenger Jayson Velez in six rounds.

Valdez-Conceição and Flores-Lopez will stream live and exclusively Friday on ESPN+ at 10 p.m. ET/7p.m. PT.

At Wednesday’s final press conference, this is what the combatants had to say.

“I feel blessed that I get the chance to step in the ring on September 10. I’m very grateful to Top Rank, the Pascua Yaqui {Tribal Gaming Commission} for letting this fight proceed, and I’ve just been very concentrated.

Coming here to my second home in Tucson means a lot to me. People know my last two fights were without a crowd due to COVID, and what better way to come back as a champion than in front of my people with all of Sonora and Arizona here? I’m just excited.

I’ve been very focused on not looking at anything negative out there. It has been a little difficult — I can’t lie — but this is what we have to go through. This is what it’s going to be.”

“This is when you realize who the real people are around you, who are loyal to you and got your back. I realize that my family is number one and also my team.

I have to thank everyone on my team, {including} my manager, Frank Espinoza, and my trainer, Eddy Reynoso. My father has always been there with me.

Just everyone who has been around supporting me during these tough times because it has been difficult. They had my back, and we know we did nothing wrong. We’re going to be real concentrated for this fight.”

“{Our amateur bout} was a back-and-forth fight, but I lost. I always took my losses very seriously. Everybody hates losing, and I’m one of them.

I’m a sore loser. Now that I get the chance to fight him as a professional, I’m taking this fight very seriously like all the fights. I’m defending my title, and I’m going to do whatever it takes and whatever I got to defend my title and avenge my loss.”

“About the problem with the champion, what is done is done. There is no explanation, but I’m here to do my best and fight the greatest fight of my life.”

“Every fight that goes on, I learn. Each fight, I get better and better. It’s a fact. You’re seeing it each fight. This training camp was a long training camp, a longer one because I was supposed to fight on the {Fury-Wilder 3} card, but that got postponed.

And now I’m on this card. We took a positive out of a negative. We got sharper. The sparring was great and everything. All my confidence comes from my training.

I sparred with real good people that helped me out for this fight. Gervonta Davis. Mark Magsayo. {Yuriorkis} Gamboa. So I’m extremely ready.”

“It was a great fight that night {against Vences}. Fans that night saw just half of what ‘Venado’ can do. I suffered a fracture in the sixth round, but we got the win. It was a big victory, and I wasn’t 100 percent.”

“There’s a lot of talk, but I have proven I am on this level. He might be a future champion, but I’m here to demonstrate I’m on this level, too.” 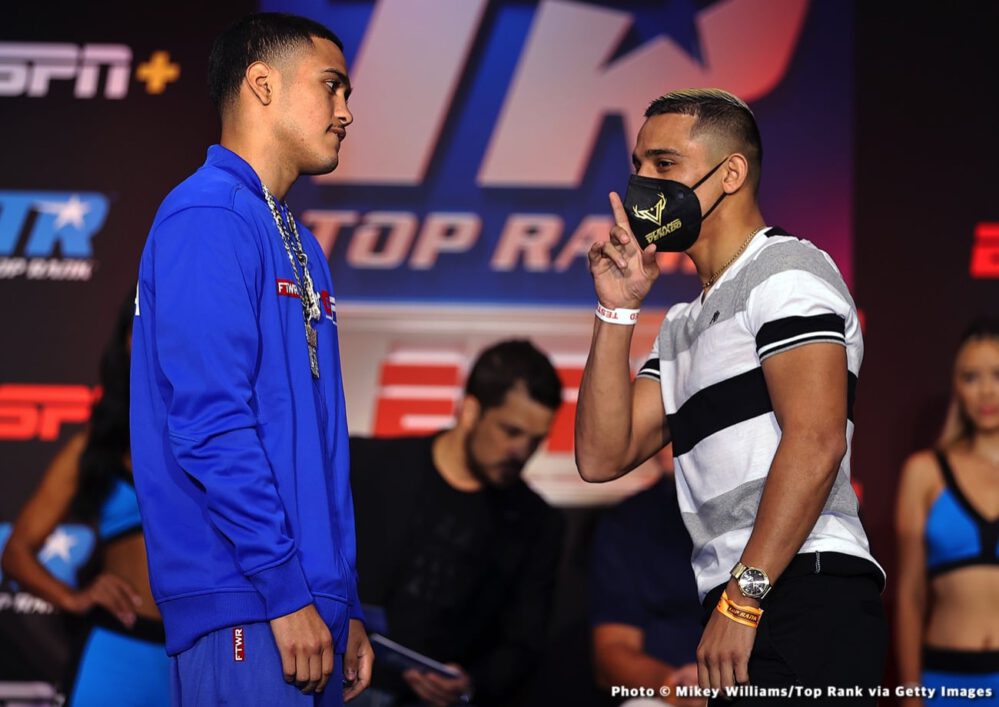 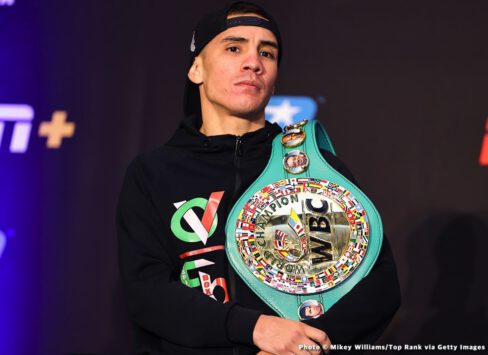