The two champions Ramirez and Taylor, are battling it out tonight with all four titles at stake for the bragging rights to claim the #1 spot in the 140-lb division. The Taylor-Ramirez fight is taking place at the Virgin Hotels Las Vegas, in Las Vegas, Nevada.

According to Bradley, he’s seen Taylor, 30, hurt in many of his fights, most notably in his unification match against former WBA champion Regis Prograis in 2019.

That was a fight in which the ringside doctor was extremely lenient in letting Taylor fight with a completely closed right eye during the championships. As bad off as Taylor’s eye was, the doctor could have had the match stopped.

Bradley feels that Taylor will be at the mercy of Ramirez’s brawling inside fighting style if he stands still and attempts to fight him.

Although Taylor did an excellent job of fighting Prorais in a stationary manner, Bradley doesn’t see that style working for him against a big puncher like Ramirez.

“I’ve seen Taylor hurt in a lot of his fights. No one is talking about that,” said Tim Bradley to Fighthub. “I understand that he’s finished the fights, and he’s won, but I’ve seen him badly hurt.

“I would think that he’ll be able to slip punches a lot easier with that little bitty head. It’s almost like the double end bag—the same size as that.

“You can put a small bag on that, and that’s the same size as Taylor’s head. The little bag.

“I think Ramirez stops him late,” said Bradley predicting a knockout win for Ramirez over Taylor.”If Taylor wants to win this fight, he needs to stay on the outside and control distance.

“It’s the easiest way for him to beat Ramirez and never let him get started. Keep him off balance. Keep him moving and changing positions.

“Keep him turning. He can win this fight easily. If he stands there and bangs with Ramirez, it’s the worst thing. Why give a guy that likes to bang a chance.

“Taylor can win this fight easily. Shut down the offense of Ramirez and never let him get started. Never even let him come out of the driveway. Turn his a** all night,” said Bradley.

Taylor’s confidence is through the roof right now due to his success as a pro in his short 17-fight career.

Also, he appeared to be getting to Ramirez with his trash-talking and intimidation tactics during their face-offs and in a recent interview with ESPN.

Ramirez looked angry at the weigh-in on Friday during the face-off, and the two later exchanged words when they ran into each other in the hallway.

Taylor was positively gleeful at having upset Ramirez and seemingly won his mental exchanges with him. He says he expects Ramirez to chase him in a wild out of control manner tonight, and he says he’ll knock him out when that happens.

“Now, if Ramirez wants to win this fight,” said Bradley in giving the keys to victory for Jose Ramirez. “Apply that pressure, keep in his face, and come off that jab.

“The jab is the key. Fighting a southpaw, use your jab and double it up and get inside, work the body, roughhouse him, push his head down, whatever.

“Beat him up. Hit him anywhere, the arms, anywhere you can, and look for that left hook. He’s expecting the right hand. Look for the left hook to the liver and to the head.

“That lead eye right there [for Taylor], that’s the one that swelled up against [Regis] Prograis. It’s tender; shoot for that eye.

“If you can get that eye closed, there’s only one way he can go, and that’s that way [to his left]. That right hand [from Ramirez] can do the damage.

“The thing that Taylor is lacking is a jab. [Trainer] Ben Davison might have changed that, but the jab deficiency is still there, I know it’s still there, and it’ll probably still be there.

“The jab is an important weapon that you need against a guy like Ramirez. Look at the fight against Postol. Postol had him on the outside, pop-pop.

“When he was doing that, easy. He was winning rounds. I was like, ‘Damn, he’s winning these rounds easy.’

“But as soon as he stopped, Jose closed the distance on him, and it was a wrap after that. He [Ramirez] worked him, hurt him and got him out of his element, and pushed the pace.

“I think that’s where Jose has the advantage. He’s going to push this pace [against Taylor],” Bradley said about Ramirez.

“This guy [Josh] has 17 professional fights, and he’s never felt this pace before,” said Bradley.

Ramirez has no choice but to pressure Taylor nonstop and try to wear him down the way Prograis did. If Ramirez stays on the outside, he’s going to get picked apart by Taylor’s shots.

Bradley studied Taylor’s fights, and he says he doesn’t use his jab much. He expects his trainer Ben Davison to have worked on that deficiency for this fight, but if it’s still there, he’s going to struggle.

Ramirez fought someone similar to Taylor

“You’ve got to remember that Jose [Ramirez] has fought a guy that is similar to Taylor,” Bradley said.

“He’s [Zepeda] fighting on the same card, and he was able to find a way. Zepeda, I’ve been in the ring with him, he’s extremely difficult to fight, and he’s quick.

“That’s Baranchyk, just swinging wild and crazy. This is calculated, precise pressure by Ramirez, not throwing caution to the wind.

“There are times where he’s undisciplined, and he’s not moving his head. But if he moves his head, changes his timing, his rhythm.

“Fake like he’s going on the attack, move his head to the side. If he can keep Taylor’s legs still so he can’t move, he can win this fight.

“Their characters outside of the ring are a little bit different. Jose is a little more calm and reserved. Taylor is a little more loud and boisterous, in your face, brash, Scottish. You can tell he comes from a tough background,” said Bradley.

In some ways, Jose Zepeda is a better fighter than Taylor, and he’s a better offensive guy.

Ramirez had a tough time in his fight with Zepeda in 2019, beating him by a controversial 12 round majority decision in Fresno, California. 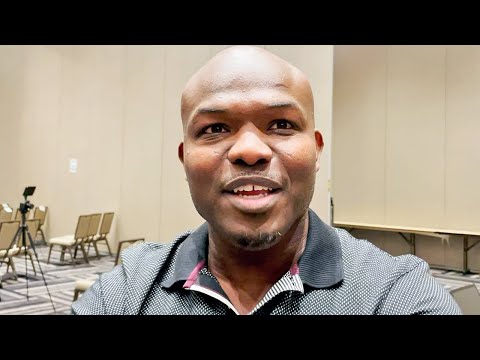