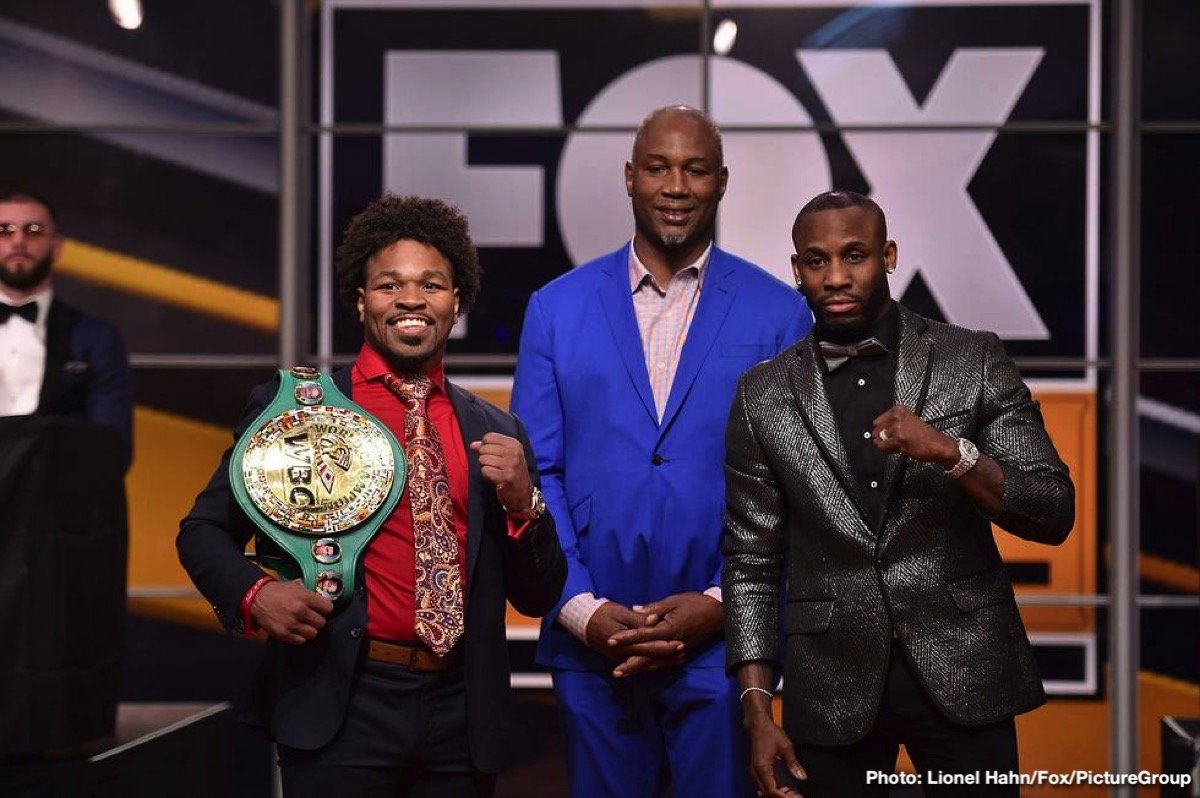 Televised coverage begins at 8 p.m. ET/5 p.m. PT and will see Porter defend his title after defeating Danny Garcia in an exciting September clash to capture the WBC belt. He will face Cuba’s Ugas, who has worked his way to this position with an impressive string of eight-straight victories leading up to March 9.

The action also features a duel between two hard-hitting brawlers as Andrzej Fonfara and Edwin Rodriguez meet in a 10-round cruiserweight match in the co-feature, while heavy-handed slugger Efe Ajagba steps up to face experienced veteran Amir Mansour in an eight-round heavyweight attraction in the televised opener.

Tickets for the live event, which is promoted by TGB Promotions, are on sale Monday, January 28 at 12 p.m. PT. Tickets can be purchased at AXS.com

“Shawn Porter is one of the most charismatic and exciting fighters in the sport and he’s sure to light up the screen on March 9 on FOX and FOX Deportes,” said Tom Brown, President of TGB Promotions. “After winning a hard-fought close decision over Danny Garcia in September to capture the title, he will again have his hands full, this time with Cuba’s Yordenis Ugas, who has taken the division by storm, defeating top contenders and prospects to put himself in this mandatory position for his first world title. It’s a matchup of styles that is sure to generate a memorable night.

“In addition, Andrzej Fonfara and Edwin Rodriguez are heavy-hitters known for being in electric matchups and I expect both to leave it all on the line in this showdown to see who moves back closer to the championship ranks. With sensational prospect Efe Ajagba rising up the heavyweight division, he will look to secure another knockout on this March 9 card that is set to deliver from top to bottom.”

Porter will defend his title just over a month after Keith Thurman and Manny Pacquiao defend their 147-pound championships in separate clashes, and one week before Errol Spence Jr. puts his welterweight belt on the line against Mikey Garcia on FOX Sports PBC PPV, as we near finding out who will rise to the top of boxing’s deepest and most-exciting division.

The 31-year-old Porter earned the Garcia fight with a dominant stoppage of former world champion Andre Berto, which he followed up by defeating tough contender Adrian Granados. This followed Porter’s memorable title clash against Keith Thurman in 2016, which drew Fight of the Year praise and was narrowly won by Thurman.

Originally from Akron, Ohio but now living and training in Las Vegas, Porter became a welterweight champion for the first time in 2014 when he defeated Devon Alexander. Although he lost the belt to Kell Brook, Porter rebounded two fights later with a high-profile win against four-division champion Adrien Broner.

“We’ve already been in training camp for a few weeks working on conditioning and building up the fundamentals,” said Porter. “Ugas is a strong, aggressive fighter who’s responsible with his defense. He’s a Cuban fighter and I know he won’t waiver from that. It’s going to be up to me to get him to drop his hands, take some risks and then land my shots. It should make for a very entertaining fight and I can’t wait to get back in the ring and do what I do best.”

March 9 concludes a long road traveled by Ugas (23-3,11 KOs) from Cuban amateur star, to nearly out of the sport, and now on the cusp of a world championship. The 32-year-old won Bronze at the 2008 Olympic games and was 15-1 as a pro before suffering back-to-back losses in 2014. A 28-month layoff followed, with Ugas eventually deciding to return to the ring for a battle against then unbeaten prospect Jamal James.

Ugas not only defeated James in August 2016, but he followed up the win by stopping another unbeaten prospect in Bryant Perrella just over a month later. Now living in Miami and training in Las Vegas, Ugas triumphed in title eliminators against Ray Robinson last February and Cesar Barrionuevo in September on the undercard of the Garcia vs. Porter fight.

“This is a huge opportunity to make my dreams come true of becoming a world champion on FOX,” said Ugas. “Shawn Porter is a great champion and someone I respect. On March 9 when the bell rings, I’m willing to leave it all on the line, so the fans shouldn’t miss this one. It will be a ‘Fight of the Year’ contender. I can guarantee that and you will hear the words ‘and the new!”’

Fonfara (30-5, 18 KOs) established himself as a rugged contender in the light heavyweight division with some solid victories, including his most notable triumph over Julio Cesar Chavez, Jr. He fought Adonis Stevenson twice for the light heavyweight world championship, losing the first time by decision in 2014 and losing by TKO in 2017. In his last fight on Feb. 17, the 31-year-old Fonfara of Radom, Poland, who now lives in Chicago, scored a TKO victory over Ismayl Sillah.

“I’m excited because I’ve trained a long time to get a fight and now we have a date and a great opponent,” said Fonfara. “I know Rodriguez is a strong fighter. He moved up to the cruiserweight division like me, so I think this is a 50-50 fight. It’s a good fight because me and him are tough fighters. We like to go to war. I know Edwin from Houston because I trained there a couple of times. He and I are good friends with Artur Szpilka. There’s no animosity and once we fight and I beat him, we can go out have a beer and talk.”

Rodriguez (30-2, 20 KOs) has demonstrated the ability to end a fight with a single punch, which adds intrigue every time he steps into the ring. The 33-year-old Rodriguez was born in Moca, Dominican Republic before moving to Worcester, Massachusetts. In his last fight he scored a unanimous decision over Lionell Thompson on Feb. 17, 2018.

“I feel great and I feel confident heading into this fight,” said Rodriguez. “Fonfara is a great fighter and so am I. It’s going to be very entertaining for the fans. I bring it and he brings it. I’ll adapt as the fight goes on and I’ll be ready for the best Fonfara.”

Nigeria’s Ajagba (8-0, 7 KOs) gained notoriety last August 24 at the Armory and on FS1 when his opponent, Curtis Harper, walked out of the ring after touching gloves to start the first round. The 24-year-old won the fight without throwing a punch as Harper was disqualified. In his last fight Ajagba, who lives in Stafford, Texas and trains with Ronnie Shields, knocked out Santino Turnbow on December 22.

Mansour (23-3-1, 16 KOs) is a tough veteran who has battled some of the top contenders in the sport, including Dominic Breazeale, Gerald Washington and former cruiserweight world champion Steve Cunningham. The 46-year-old southpaw from Wilmington, Delaware is looking to rebound from a loss to unbeaten Filip Hrgovic in his last fight on September 8.