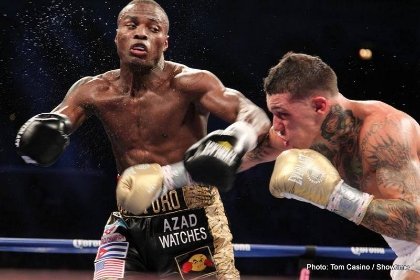 Said Quillin after the fight, “I’m not a judge. I’m not an elected official. I did what I had to do as a fighter and I respect the call. The referees and doctors ringside did what they had to do to make sure the fighters are safe.

“I never expect an easy payday or an easy fight. I work hard every time for each fight… When you dedicate to win a title you need to give that person a sense of being able to achieve what they want. I am a world champion and I work hard. He has never been a champion and he doesn’t know.

Of the stoppage, Rosado told Gray, “I felt like that was B.S. This is a championship fight. We were going into the championship rounds. This was a competitive fight. I never complained about a cut. When the doctor saw my eye, I told him that I could see. It was not giving me any problems up to that point.

“I noticed if I backed him up with a jab that I was hurting him and I was doing that. But then the doctor called me over and stopped the fight. This is boxing. What about Gatti-Ward? They didn’t stop that fight. Corrales-Castillo. We are warriors.

“I never even complained that I couldn’t see. Of course I want a rematch. This is the story of my life. I’m the real Rocky Balboa.” 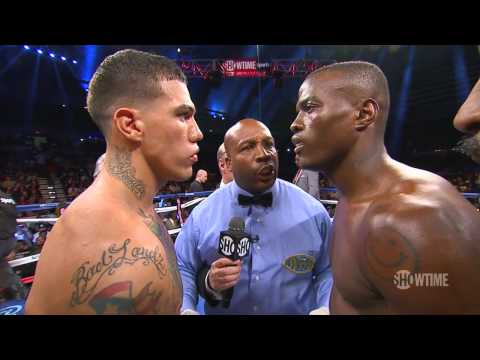