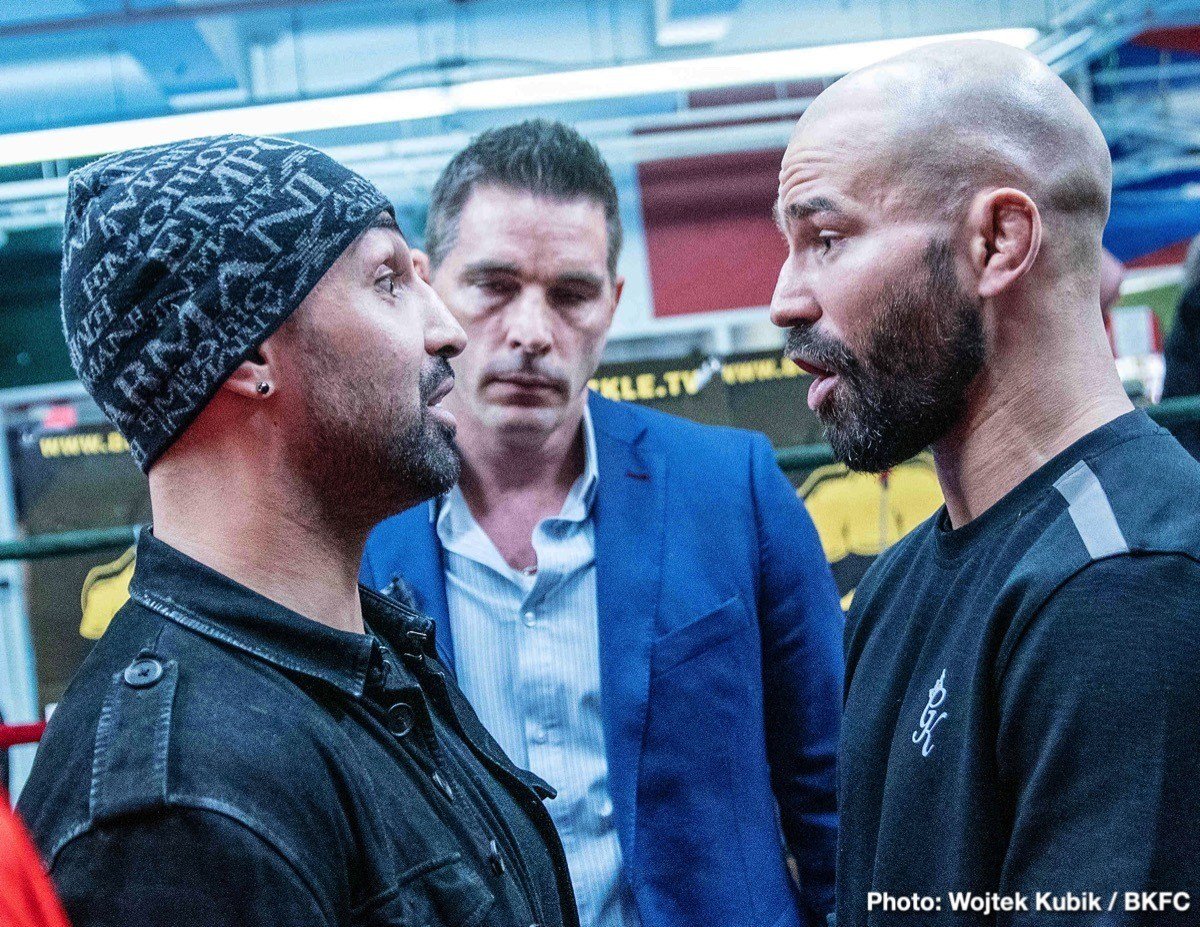 A couple of months ago, Paulie Malignaggi, a man who suffered with chronic hand injuries throughout his largely successful boxing career, surprised many by signing a two-year deal with Bare Knuckle FC. “The Magic Man,” who last boxed in 2017, called out “any MMA fighters that want to stop trolling and get in there and do it” – and now his first bare-knuckle fight has been announced as official: Malignaggi will face Artem Lobov on June 22 in Tampa, Florida – the official BKFC website has announced.

Who knows what we can expect to see on June 22 (stats such as number of rounds, poundage the fight will be fought at, length of rounds (likely two-minutes) and other rules are yet to be confirmed; as is the exact venue in Tampa that will host the bout)? Lobov, a former MMA fighter, has had one bare-knuckle bout, and it was brutal. Very brutal. Lobov beat Jason Knight in a bloody affair back in April and since then Lobov has been going back and forth with Malignaggi on social media, and even in person; Malignaggi slapping Lobov at a BKFC event last month.

Now the grudge-match is on; perhaps the biggest grudge-match in bare-knuckle history (at least since the days of the legendary John. L Sullivan!)

So can Malignaggi make it as a bare-knuckle brawler, or has the skilled boxer made a big mistake? It should prove interesting finding out next month, that’s for darn sure. Of course, the man Malignaggi really wants is Conor McGregor (who is good friends with Lobov). Paulie and Conor have been best of enemies for around a couple of years now, since Malignaggi worked with McGregor in training for that massively hyped fight with Floyd Mayweather. These two do not like each other, it’s that simple. Who knows if McGregor will agree to face Malignaggi in a bare-knuckle fight if Paulie can beat Lobov?

But how much has Malignaggi, now aged 38, go left? Last seen getting stopped by Britain’s Sam Eggington in an entertaining fight back in March of 2017, Paulie had already carved out a distinguished career as a commentator and it seemed he was done fighting. Now it seems clear Malignaggi still has the urge to fight. A man who knows his boxing history, Malignaggi is perhaps a big fan of the aforementioned John L. Sullivan, the last bare-knuckle heavyweight champion.

Will Malignaggi win in June, or will he live to regret taking this, a very surprising move for a former two-weight boxing champ who has already achieved plenty?