Butler (34-2, 22 KOs) is the last champion standing in the way of Inoue (23-0, 20 KOs) from grabbing the undisputed championship before he quits the 118-lb division to move up North to begin fighting at 122 [super bantamweight].

Inoue, 29, captured the WBC belt on Tuesday night with a spectacular second-round knockout win over champion Nonito Donaire at the Saitama Super Arena in Saitama, Japan.

The fight was supposed to be a competitive one, but Inoue had other ideas. He dropped Donaire in rounds one and two to get the stoppage at 1:24 of the second.

Inoue is willing to give it a try to negotiate a fight with Butler, but if it looks like it’s not going to happen for whatever reason, he said he’s moving up to 122 to go after the champions in that weight class.

It’s going to be difficult for Butler to hang in there with ‘Monster’ Inoue because he lacks a big punch, and he doesn’t possess the offensive firepower to battle the Japanese star in a war.

Still, if Butler’s management is able to negotiate a fight with Inoue for the UK, the crowd could motivate him enough to hang in there until the later rounds. Inoue can be hurt, as we saw in his first fight with Donaire in 2019. Also, David Carmona went the distance with Inoue in 2016 and gave him a lot of grief.

Butler is talking about going to Japan to make the fight with Inoue happen, and it’s going to be difficult to win against the superstar in his home environment.

“We’re ready to go. I’d pack my bags tomorrow” said Paul Butler to DAZN about an undisputed clash with Naoya Inoue next. “He’s the fighter that’s number one in my weight class but that doesn’t mean I’m not a huge fan of his.

“How couldn’t you be? I’ve been in with a few world-class fighters, but Inoue is just something else.

“Talks have been had about an undisputed fight and Inoue’s team wants the fight to happen next before he looks on moving up, so that means this year,” Butler continued. “Undisputed is everything to him and he can’t do that before he fights me. I’m desperate for the fight.” 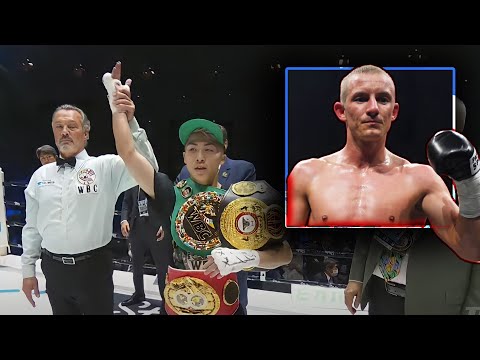