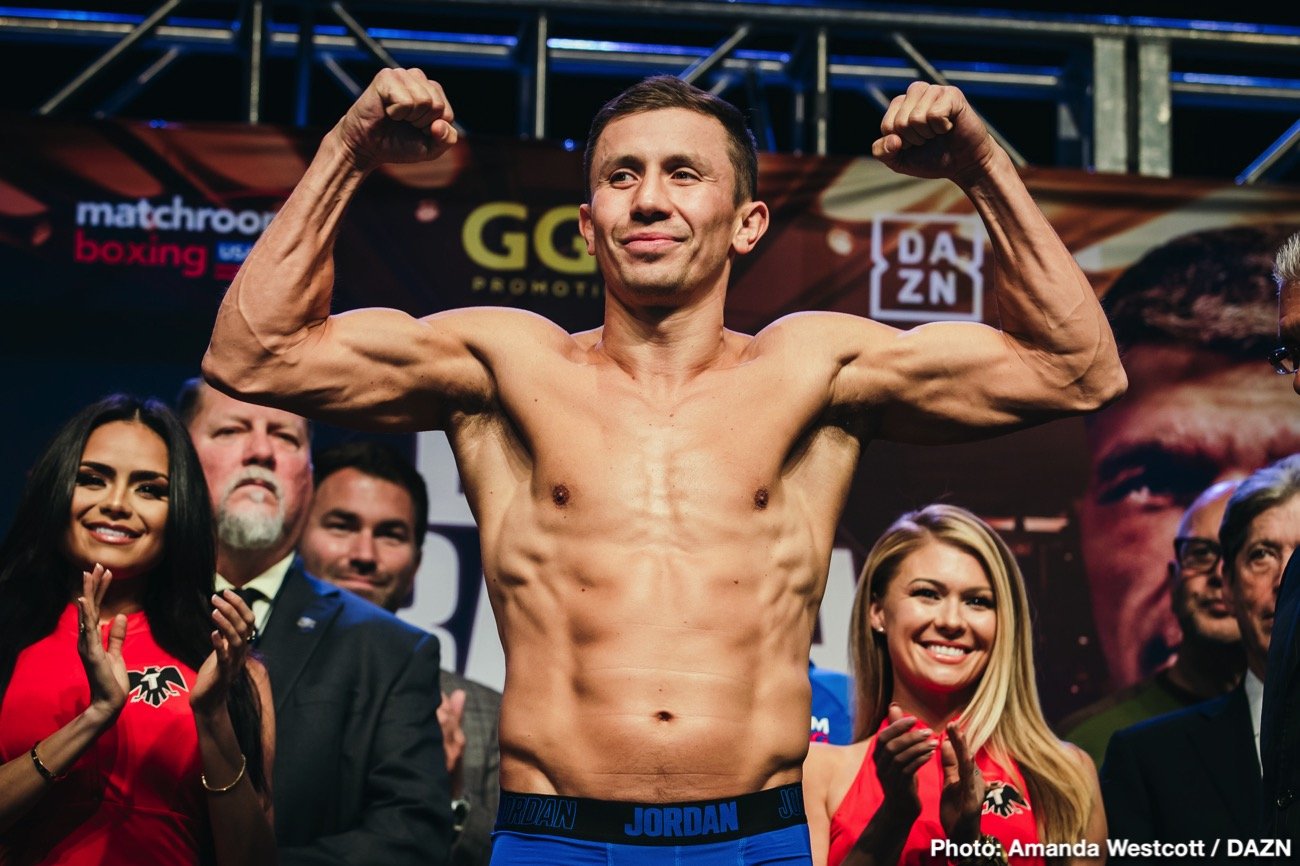 As fans know, Gennady Golovkin turns 40 years of age next month, this an advanced age for any fighter, even these days when fighters are able to keep Father Time at bay due to improved training techniques, better nutrition and so forth (at least this is what some people tell us; others say no fighter from today is stronger or in better shape than the boxers from the 1940s, ’50’s, 60’s, when food was more wholesome then, with no junk added; but that’s a whole different article) – and trainer Joel Diaz says Canelo Alvarez will “put a beating on Golovkin” if they have their third fight.

Diaz, speaking with Fight Hub TV, says Canelo “waited until Golovkin got old,” before agreeing to fight him again (the two have a deal in principle, to fight in September, this providing GGG beats Ryota Murata on April 9 and providing Canelo beats Dmitry Bivol on May 7). Diaz says the third fight between GGG and Canelo (because the winner’s name goes first!) should have taken place long before 2022, “maybe a year after the last one,” Diaz said.

“They created a monster in Canelo and they let Golovkin get old,” Diaz said. “When he [GGG] fought [Sergiy] Derevyanchenko in New York, I thought he lost. And he [Derevyanchenko] is not on Canelo’s level. For that fight to have been so close, with maybe Triple-G winning by one point, that says a lot. Triple-G is still strong, he’s still in the business, but 40 years is 40 years. At age 40, with a lot of wear and tear, it takes a lot out of you. I just don’t see it [a GGG win over Canelo], but some people, for the average fan, it’s a good fight. Why? Because the first one was in doubt, and the second one’s in doubt, so now what they want is a final fight to make it final. But what’s gonna happen is Canelo is going to beat on Triple-G bad and that’s it.”

It does seem as though it will be a tough job for GGG, 41-1-1(36) to beat Canelo in a third fight – up at 168 pounds, at age 40, after such a long layoff. We will have to see how GGG looks in the Murata fight, but Canelo, at age 31, is at or around his peak right now and the odds are certainly in his favour. Diaz is 100 percent correct when he says GGG and Canelo should have had their final fight years ago, maybe back in 2019, but it didn’t happen.

Now, it’s tough to disagree with Diaz’ gloomy forecast for GGG and his fans. Might Canelo, 57-1-2(39) score a KO over Golovkin in the third fight?