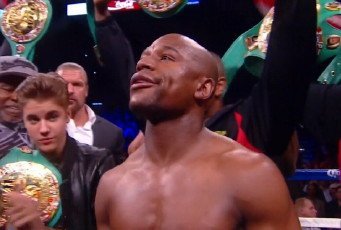 Superstar Manny Pacquiao was speaking on the radio in his native Manila last night, talking with The Manila Times via DZAR Sunshine Radio, and the southpaw dynamo launched the most aggressive verbal assault yet on would-be ring rival Floyd Mayweather Junior.

Usually, Pacquiao is a reserved individual, refusing to speak negatively about any of his opponents, past, present or future – yet yesterday, possibly as a result of Mayweather’s recent and childishly delivered insults at his expense, Pac-Man gave Mayweather some of his own medicine.

“[Mayweather] is just a coward, insecure and envious of my accomplishments,” Pacquiao said. “I don’t like to bite [at] his gimmicks and I just want to understand him, although it’s too much. But I’m really thankful that he remembers me in some ways.”

Pacquiao also commented on Mayweather’s position that the fight the whole world wants to see cannot take place as long as Pac-Man is promoted by Bob Arum and Top Rank.

“Top Rank already allowed us to directly negotiate with them [Team Mayweather] before but they never communicated with us,” Pacquiao stated. “Mayweather Junior is saying a lot of negative things against me but he doesn’t like to fight. We will consider everything but until now, they don’t like the fight. At the same time, people are saying the fight between us needs a trilogy, but how can it be possible if he’s not going to fight me first?”

So there it is, Pacquiao wants the fight, in fact three fights (should the first meeting be won by Pacquiao or be controversial or be a thriller worthy of a sequel and then even a third meeting) and he has called Mayweather a coward for not agreeing to face him. Okay, Pacquiao must shoulder some of the blame for this mega-fight not having taken place by now, but the demands Floyd has made and continues to make are so old at this point.

Boxing fans have missed out on this potential classic for far too long and just imagine how terrific it would be if – ala Ali-Frazier, Barrera-Morales, Leonard-Duran and other great trilogies too many to mention – the two best welterweights on the planet did give us three great, massive and globally significant fights!

Let’s see what, if anything, Floyd does when he hears about Manny calling him a coward.