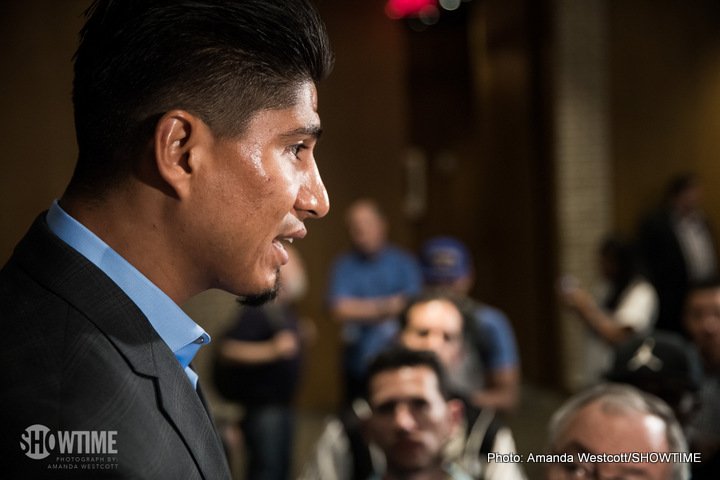 Adrien Broner will certainly be proving a lot of people wrong if he can do as he says he will, and beat Mikey Garcia on Saturday night. Arguably the hottest fight of the summer period (when boxing’s calendar is usually pretty empty, admittedly) the 140 pound clash has got plenty of people talking.

Garcia is the favourite in both senses: fans want and are rooting for him to win, and he is the betting favourite. Broner will likely be greeted to more than a few boos when the action starts, and he knows it. But Broner appears to be extremely focused, perhaps more so than at any time in is largely successful and exciting career.

It won’t matter; at least not according to an overwhelming majority of those experts who took part in RingTV.com’s poll. Of the 24 experts – Ring writers, fight trainers and active and retired fighters – just four pick Broner to hand Garcia his first pro loss. Of the 20 who pick Garcia to triumph, five of them see a Garcia stoppage win.

The four experts picking Broner to score what could be argued as the biggest win of his entire career, certainly his most important, are: trainer Ronnie Shields, unbeaten 140 pound contender Regis Prograis, trainer Brian McIntyre and Ring writer Michael Woods.

Nobody is expecting a short fight, the Garcia stoppage predictions all calling a late-rounds stoppage for Mikey, while most agree it will be an exciting fight. Nobody is going out on a limb and predicting a draw. It’s hard to go against the majority with this one. The big question seems to be whether or not Garcia can become the first man to KO Broner.

Prediction: Garcia surprises some with a dominant, mid-rounds stoppage win.