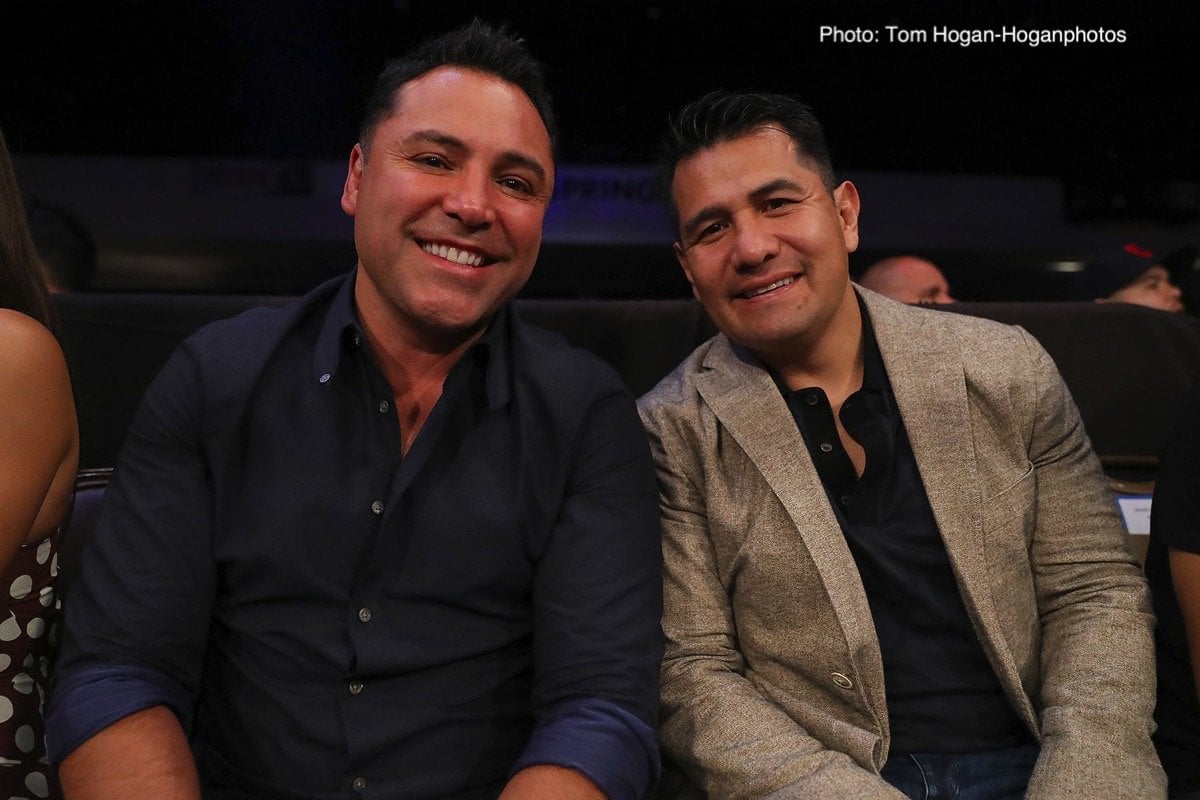 When they fought in a pay-per-view monster that was dubbed “The World Awaits,” Floyd Mayweather Junior was 34 years of age, Oscar De La Hoya was 34. This, De La Hoya said then and says now, was the difference – the main reason “Money” was able to punch his way to a close (very close in the opinion of a good number of fans; some of whom had the fight a draw, or had De La Hoya winning close) points victory.

Speaking yesterday with TMZ Sports, De La Hoya – a man unafraid to speak his mind even if he comes out with some pretty outlandish things on occasion – said that had he met Mayweather when he was in his physical prime, at age 28 or age 29, he would definitely have won – by KO.

“It’s no secret that I fought Floyd when I was over the hill, past my prime. If I was about 28 or 29 years old, I would have knocked that a** out easy,” De La Hoya said.

Now, as we know, no fighter has ever KO’d Mayweather; in fact no fighter has ever really come anywhere close to doing it. “Sugar” Shane Mosley probably belted Floyd the hardest, in their 2010 fight, yet Mayweather showed, when he had to do so, that he has a good chin. For De La Hoya to say he would have KO’d Mayweather “easy,” it shows the former champ was not really thinking seriously about the fight, it was more a case of him talking tough for the cameras.