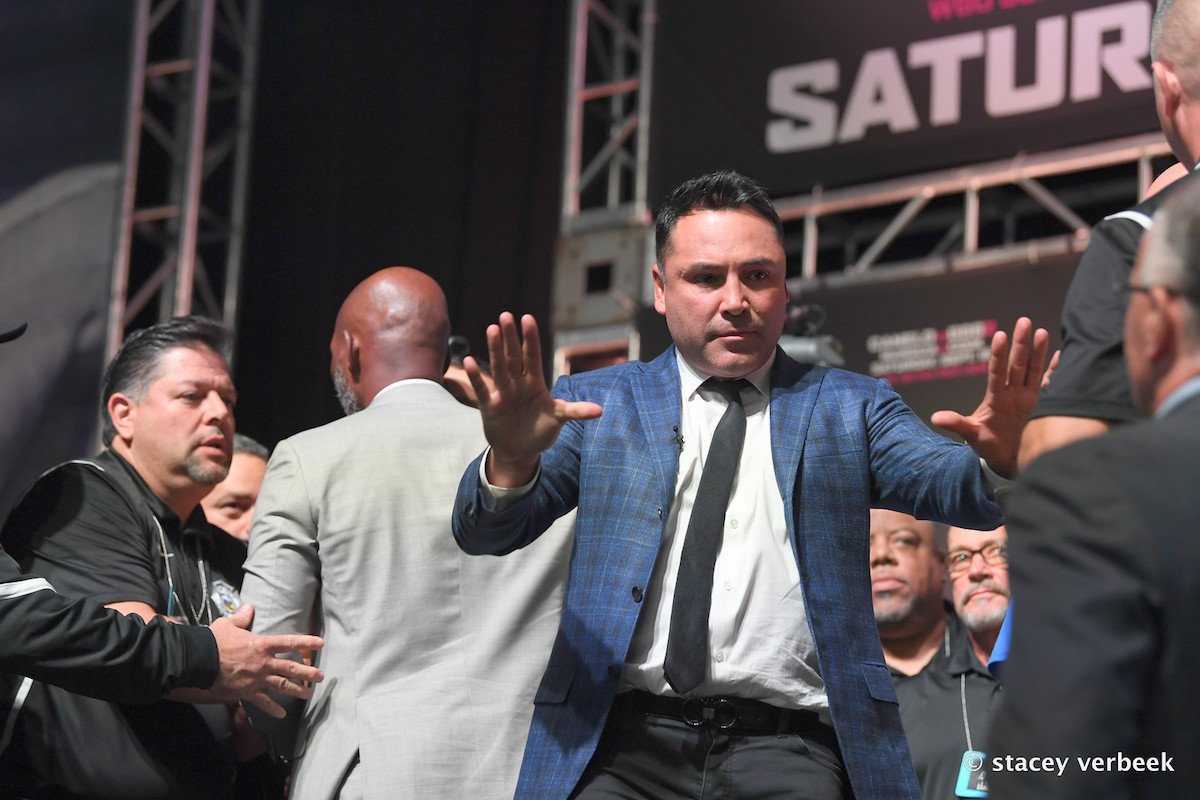 Are intense middleweight rivals Gennady Golovkin and Canelo Alvarez 1-1 in your mind right now, or are they 1-0-1, or do you see Golovkin as being 2-0 over Canelo? Either way, what we need is a third fight; hopefully a deciding fight between the two. In an ideal world it will happen some time next year, maybe in September (all three fights would then have taken place that same month).

Speaking on First Take, De La Hoya said that both Canelo and Triple-G “know each other’s style now,” and that this will allow the winner to emerge with a KO in fight-three:

“Why not GGG again? I mean, I wanna see it,” De La Hoya said on the subject of Canelo’s fighting future. “So we’ll see if we can make it happen next year. I think the difference will be somebody is going to knock somebody out. I think that’s gonna be the difference. I mean, they know each other’s style now. GGG, the first fight, okay, he came forward and people said ‘Oh, well he won the fight because he was aggressive.’ So now I tell Canelo, ‘You have to go out there and bully the bully. You have to go out there and go forward and throw every combination, you know, until the last round.’ And that’s exactly what he did, and he won the fight. Now, if a third fight happens, I think there’s no room for a decision or anything like that. I think you have to knock your guy out to win.”

It would be a huge shock – and a sensation – seeing either the rock-chinned Golovkin or the reliably-chinned Canelo get KO’d. But as De La Hoya alluded to, often in boxing when two guys know each other so well there can be a dramatic KO if one fighter makes just one mistake – see the final instalment of the previously nip-and-tuck Juan Manuel Marquez-Manny Pacquiao rivalry.

But when De La Hoya says we will see a KO in GGG-Canelo III, we know which fighter it is he thinks will score it; Canelo of course. But can the Mexican star possibly hit Golovkin any harder, or flusher, than he has already done over 24 thrilling rounds of boxing? Unless GGG gets old (or maybe he already has), another engrossing 12-rounds do look likely for fight-three.

Still, Oscar said the two could maybe fight again after the third fight: “I think you could see five fights. Why not!” De La Hoya said. Now that would really be something.