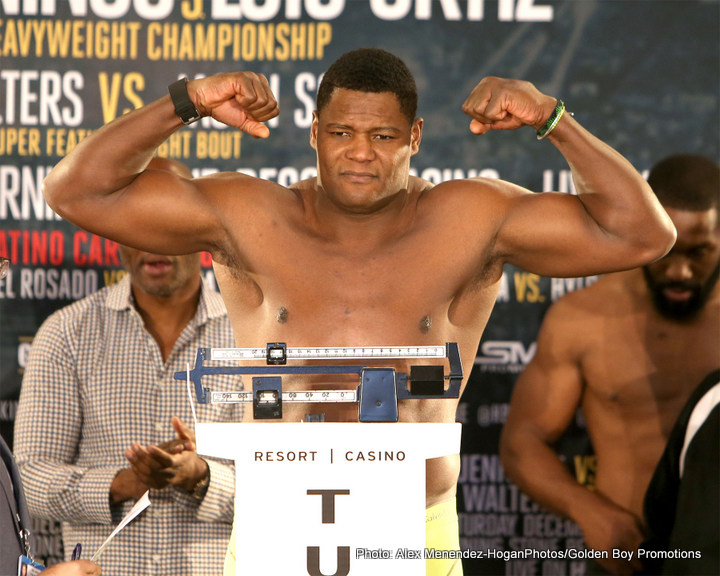 It probably won’t matter to the fans who plan to tune in to see the bout on Saturday night, but the fight between interim WBA heavyweight champ Luis Ortiz and short-notice challenger Tony Thompson will not be a sanctioned title fight. The WBA, as reported by ESPN.com, decided against sanctioning the contest, largely due to the fact that Thompson, though a good and experienced heavyweight, is not currently ranked in the WBA’s top-15 at the weight.

Also, Thompson is coming off a loss, to Malik Scott, on points, last October. Fans who are interested in the match-up will watch it because they find the fight a solid enough bout to pay attention to, title or no title. The WBA has a tournament set, that will eventually see just one man crowned as WBA heavyweight champ. Currently, Tyson Fury, Ruslan Chagaev and Ortiz can all lay claim to the WBA heavyweight belt. Chagaev faces Lucas Browne, also on Saturday, and Ortiz is scheduled to face Alexander Ustinov in the summer.

Even if Thompson beats Ortiz, 24-0(21) on Saturday night, he will not take the Cuban danger man’s place in the tournament.

“The WBA has no objection to a stay-busy fight, as long as it’s called a stay-busy fight and not misrepresented as a title bout, which appears to be the case,” The WBA said as quoted by ESPN.com.

A Thompson win is a relatively unlikely one anyway. The 44-year-old, a southpaw like Ortiz, had one eye on retirement after his ten-round decision loss to Scott, but he changed his mind, his critics say to pick up one last pay day. Thompson has also had just over four weeks to get ready for Ortiz (after original challenger Alexander Dimitrenko withdrew), which is obviously not idea for a 44-year-old.

Look for Thompson, 40-6(27) to give it a good shot on Saturday, however, particularly in the early rounds. And remember, Thompson has revived his career by scoring an upset win before. That said, yet another Ortiz stoppage win looks a good bet, probably around the halfway stage.