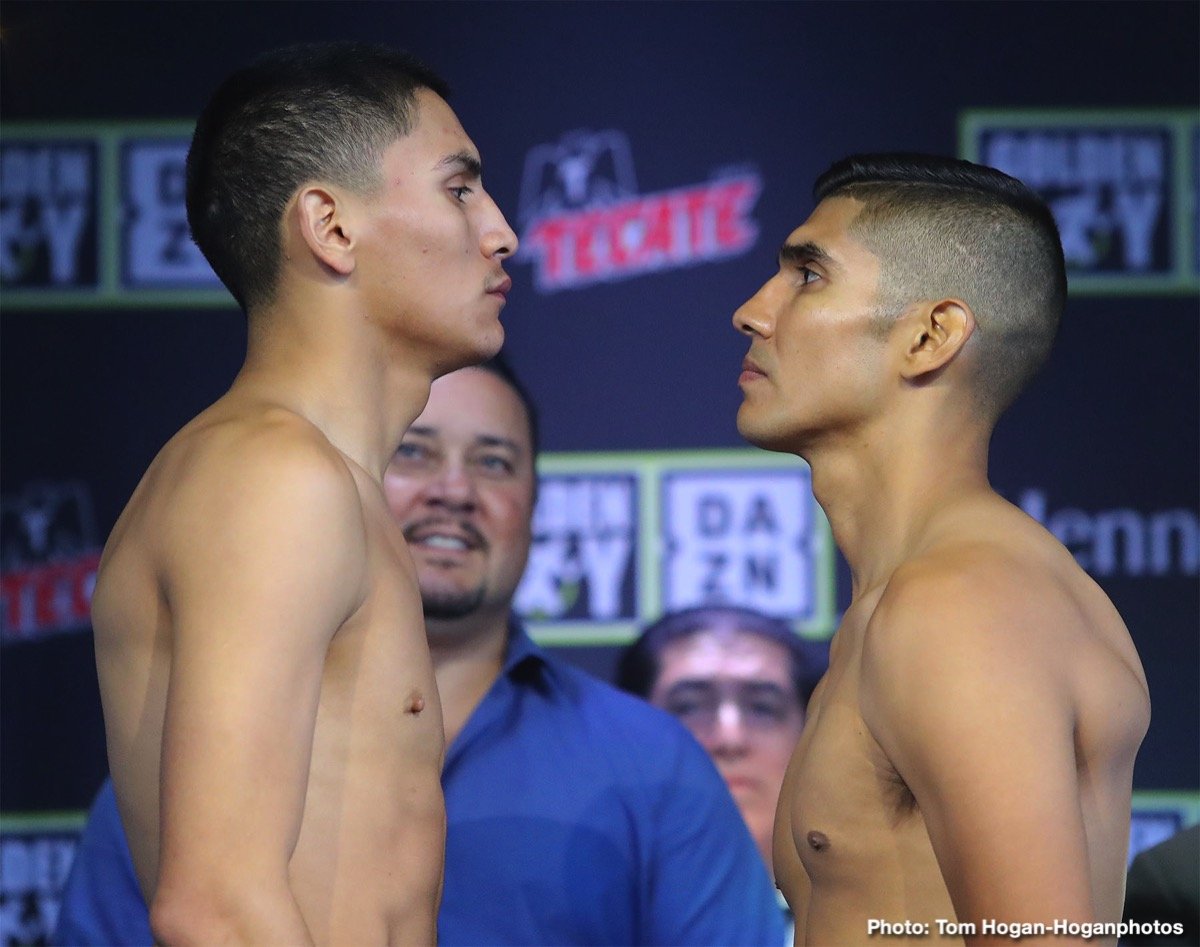 On Saturday night, streaming live on DAZN, rising prospect Vergil Ortiz Jr. will face his stiffest opponent to date in 1-loss Antonio Orozco. The main event bout will serve as a homecoming, as Ortiz Jr. gets an opportunity to perform in Grand Prairie, Texas for the very first time as a professional. Vergil is aiming to keep his13 knockouts in a row streak alive but he’ll have his work cut out for him facing a veteran of 29 fights. The co-feature is a trilogy matchup between Oscar Negrete and Joshua Franco.

The time to test oneself as a pro fighter in the deeper waters of a division is a crucial moment, especially a well-respected prospect with high expectations in the sport. If a highly-touted boxer has a subpar outing the critics on social media pounce at the first sign of weakness. Boxing media and fans hardcore or casuals, usually begin to put a cap on the potential ceiling for that fighter. On the flip side if a young fighter with some hype scores a highlight reel KO regardless of the opposition, the internet damn near breaks with wildly careless superlatives. Of course as that same fighter climbs the ladder and doesn’t continue to produce stoppages, generally the outrageous buzz fades.

In Vergil Ortiz’s last fight he completely destroyed a well-respected Mauricio Herrera and though Herrera is past his prime, it’s hard not to get excited about the Texan native. At age 21, Ortiz’s amateur background is extensive competing in 160 bouts, a 7-time National Champion, and winning the Junior Olympics in 2013. Ortiz turned pro in 2016 and is trained by one of the very best in the world Robert Garcia.

The pace in which Ortiz Jr. has been moved is refreshing. For this young adult to take a chance in just his 14th bout shows the confidence of Golden Boy Promotions. It should be noted Oscar and company have incurred several upsets in 2019, so kudos to them for not being gun-shy with a supreme talent such as Ortiz Jr.

Saturday’s headliner will take place at welterweight, which will probably be helpful for Orozco. Antonio’s weight struggles at junior welterweight are documented. Ortiz moved up to 147 in May on the Canelo Alvarez vs. Daniel Jacobs card. Now that making weight shouldn’t be an issue for Orozco, just how big of a threat is he to Ortiz? Orozco has several good names on his resume as he developed from prospect to contender. Names such as Emmanuel Taylor, Abner Lopez, and Humberto Soto were solid fringe guys. Antonio’s peak probably came in April of 2017 when he soundly beat Keandre Gibson on ESPN.

Last September, Antonio lost his first fight against the now unified 140-pound champion Jose Ramirez. The fight was brutal and although Orozco landed plenty of punches, he also took way too many and was decisively defeated. Losing to Jose is not a big deal it’s what Orozco learned from the sound beating and whether he can apply it in the future. In the lead up to this fight Antonio has spoke of patience being his biggest lesson that he gained out of the loss to Ramirez. Patience will be very important for both guys in order to be victorious.

Orozco can’t assume a full head of steam attack in the early goings is a smart choice considering the skill and accuracy of Ortiz Jr. Vergil must be patient as well so he doesn’t overextend and put himself out of position defensively. Hometown fights can be motivating and also intimidate the B-side. As we know from the many past examples, a fighter in his or hers backyard can be so focused on landing a one-punch show stopper they forget to win more rounds or their defense suffers.

Breaking down the styles of this fight makes this podcaster think it will be an interesting one. Ortiz Jr. assumingly will start relatively slow as he pumps his sharp and quick jab to the head and body. Ortiz will also use faints as he begins to measure Orozco’s movements. Orozco’s best bet is taking the fight on inside in effort of making it a rough and tumble affair. That way he may be able to frustrate Vergil somewhat and more importantly, to not be on the end of Ortiz’s power punches. That said, Orozco isn’t really known for putting in a ton of inside work in a nasty fashion and will likely need space to land.

Hand speed, a tight guard, and heavy right hands with snap will probably be the difference. Those items favor Ortiz, his body work and jab will eventually open Orozco up. Antonio can take a good shot and will definitely land a fair share of his own. At the end of the day Orozco is just a tad slow and limited compared to an all-around fighter like Ortiz’s. Orozco likely path to upset victory is making it an ugly fight and hope Vergil gets sloppy.

My Official Prediction is Vergil Ortiz by late technical-stoppage.

Side Note: In the DAZN co-feature Oscar Negrete and Joshua Franco meet for the third time in a row. The first one was a draw and the second fight Franco won a disputed decision. Both bouts were enjoyable to watch and one can assume the third installment will be much of the same.
My Pick: Oscar Negrete by Majority-Decision.

Written by Chris Carlson Host/Producer of The Rope A Dope Radio Podcast Available at www.blogtalkradio.com/ropeadoperadio – Follow on Twitter @RopeADopeRadio