Two of the finest boxers of all-time, both of them Cuban. These two ‘Kids,’ between them as well as individually, showcased all that is sweet about the Sweet Science. It is truly astonishing, the number of extremely gifted boxers the small island of Cuba has given the world over the years. But it might well be that Kid Chocolate and Kid Gavilan are the two greatest, most special pugilists Cuba ever produced.

As fight fans know, it was, for many years, prohibited for a Cuban boxer to turn pro; to box for a living. Amateur talent was seemingly everywhere, yet none of it could earn a wage.

A look back in the history books shows us how Fidel Castro – who would engage in a wholly unsportsmanlike fight with US president John F. Kennedy – took it upon himself to ban his citizens from boxing for a living. The great Teofilo Stevenson, for example – a born fighter/boxing master/untouchable force – never earned a dime from boxing, instead staying at amateur level, feeling the love of the Cuban people was worth far more than the Yankee dollar. We cannot argue with Stevenson’s passion for his fellow Cuban, but that’s another story or article.

Going by pro accomplishments, the following just might be looked at as the greatest Cuban boxers ever.

In no particular order:

Sugar Ramos. Two-time featherweight king who defeated, amongst others, Orlando Castillo, Davey Moore, Floyd Robertson. Worthy of the Sugar nickname. (note: Sugar’s losing battle/war/fight for the ages with Mando Ramos, from 1970, just might be the greatest lower-weight slugfest ever!)

Kid Chocolate. Perhaps deserving of being placed in the Top-15 greatest fighter ever. Chocolate, born Eligio Sardinas Montalvo, was the whole and complete package. Slick? Yes. Tough? No doubt. Clever? Fewer were more so. Fast? Blindingly so. Yeah, this Kid was a conqueror, no doubt. Defeated, amongst others, Benny Bass, Lew Feldman, Fidel LaBarba. Went 136-10-6(51).

Also fought Sugar Ray Robinson twice. Was NEVER knocked out. Boxed an astonishing 143 pro fights over the course of 25 years. 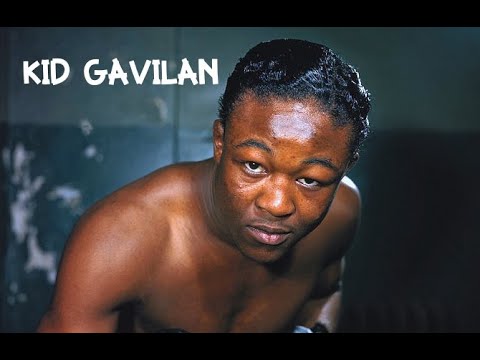