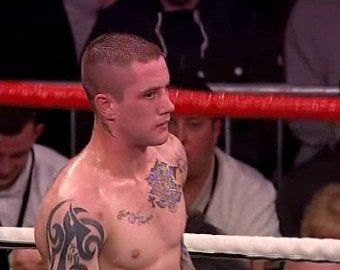 Matchroom promoter Eddie Hearn has made the announcement that 90% of the terms are agreed regarding the proposed fight between Omar Figueroa and Ricky Burns.

Hearn made the point to announce that the largest remaining issue was with weight as he initially believed the bout would be contested at a catch weight of 138 pounds, however now Figueroas people are now saying the fight will happen at the full super lightweight limit of 140lbs. Burns may not be fully comfortable at 140 and we know Figueroa isn’t happen with 135 so with this issue the negotions are ongoing, however we hope they get settled as this is a fantastic matchup.

Ricky Burns was a world champion at super featherweight and lightweight in the past, and despite some questionable performances he is still a big name in the sport. Terence Crawford became a star in the sport last year and many people pointed to his win over Burns as the primary factor in that process. Burns record currently stands at 37-4-1 (11KO) and he has never been stopped in a fight.

Omar Figueroa is an undefeated former lightweight champion who no longer holds the WBC lightweight title as he no longer was able to make the 135lb weight limit. His record stands at 24-0-1 (18KO)

Both fighters would be going into this bout with wins in their last matches and both are world level competitors even though this fight would not be for a title.

Read: Rose: The roof will come off in Blackpool
Read: Anthony Joshua back in the gym
Follow @boxingnews24