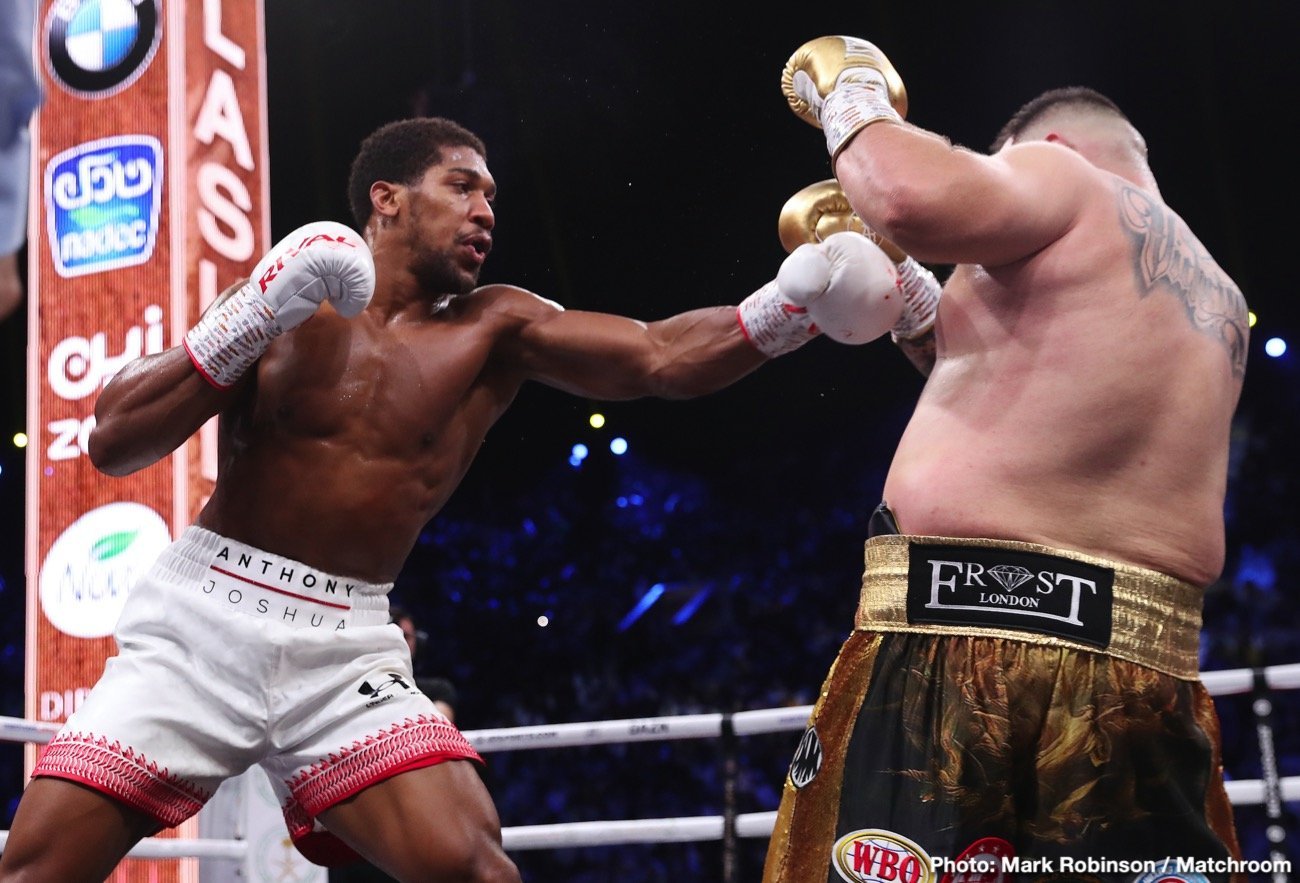 Call it clickbait if you wish (and you already have, haven’t you?), but the thought of an all-out shootout between heavyweight stars Anthony Joshua and Deontay Wilder still appeals massively.

As such, an article on who now wins such a shootout, the former WBC heavyweight champ or the current two-time holder of the WBA/IBF/WBO belts, is somewhat irresistible to write.

In fact, aside from a Tyson Fury-Joshua collision, a Wilder-Joshua fight is THE most exciting proposition the big man division can throw out today. No way will the two punchers agree to collide now. Heck, when there was something like a plump $£50 mil on the table, this fight couldn’t be agreed. Now, with Wilder having nothing but a soured good name to offer AJ, why would Hearn, oops, sorry, Joshua, agree to take this ultra-risky fight?

He won’t, and the fight won’t happen anymore now than it was ever going to happen, but we fans know we’d all pay a handsome ransom to see the fight here in 2020. It might actually be a quite depressing thought, but a Wilder-Joshua fight is now one to be placed firmly in the Dream Fight cupboard.

But let’s allow ourselves to fantasize, shall we!

Right now, assuming for a moment the far less than exciting matchups that are Joshua-Kubrat Pulev (yawn) and Tyson Fury-Wilder III (nasty) are not set, how would a Joshua-Wilder showdown go? We all know there is no chance in hell this fight would go the distance, even if Johsua adopted the safety-first, box and be boring approach he used in his last fight, the return meeting with Andy Ruiz. No, this one would be lights out, for someone.

It would be crazy, the devil may care move if this fight WAS made in the coming months; a truly brave and admirable move from all concerned. It was kind of like this in the old days; when a champ lost and had to rebuild – doing so, or trying to do so, by taking on a fierce puncher in a fight that was advised by no-one (think Joe Frazier’s almost suicidal decision to rematch George Foreman after losing to Ali).

How much respect would the powers that be behind Wilder and Joshua get if they did decide to chuck a bomb of an unpredicted obstacle in front of the applecart here? Forget Joshua-Fury, Fury-Wilder III – go crazy, you top guys, and make Wilder-Joshua! For the hell of it!

Oh, and as to who wins if this massive twist in the money plot does take place? That’s the easy part. Wilder, damaged as he may or may not be from the Fury hammering, takes out Joshua fast. He always would have done so and he always will. IF the fight ever happens.