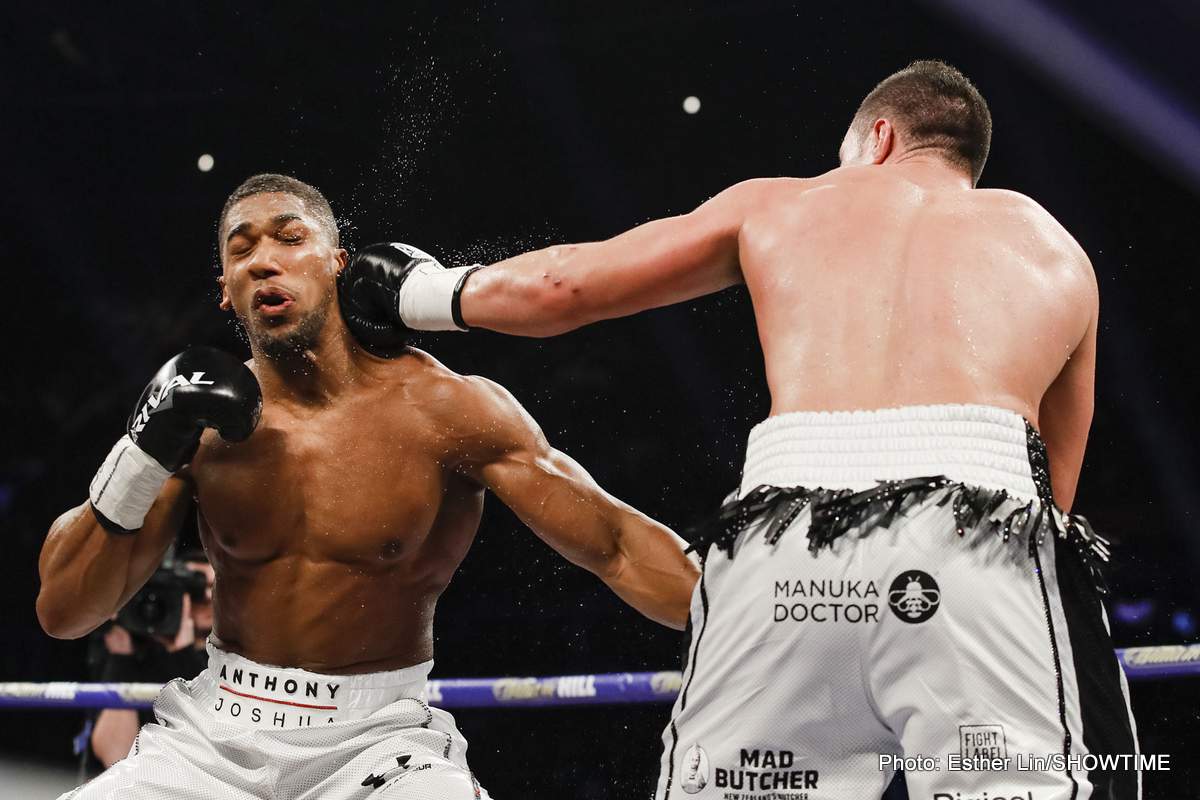 Tonight in Cardiff, in a fight that could best be described as engrossing if far from thrilling, WBA/IBF heavyweight champ Anthony Joshua added the WBO belt to his growing collection by way of a commanding 12-round unanimous decision win over a tough but somewhat reluctant Joseph Parker.

In truth, Parker, though undeniably in possession of a fine chin, a snappy jab and plenty of heart, never came close to putting in enough work tonight. Aside from an effective mid-rounds burst, Parker lost everything tonight, points-wise. Joshua, controlling the pace and fighting at a controlled pace, used his own ramrod left jab to good effect and the 28 year old was never hurt, troubled or fatigued.

It was no classic, but for a pro fighter who has boxed just 21 bouts it was about as close to a classic performance as could be expected. But what next for tonight’s victor?

“Put Deontay Wilder in the ring with me and I’ll knock him spark out!” AJ said when peppered with questions regarding a possible unification clash with the reigning, and hugely dangerous, WBC heavyweight champ.

Will this fight happen next? Maybe, maybe not. But something AJ is rightfully proud of, is the fact that he has achieved so much in such a short period of time – and he could get even better in the years to come.

We didn’t see an explosive fight tonight, but what we did see was a young world champion putting on an educated, mature performance, one that suggests AJ will be around for quite some time.

It was a long night of boxing in Wales tonight, an engrossing night, but the oddest twist might have been how the expected mismatch between Alexander Povetkin and David Price gave us by far the most explosive and exciting fight of the entire card.