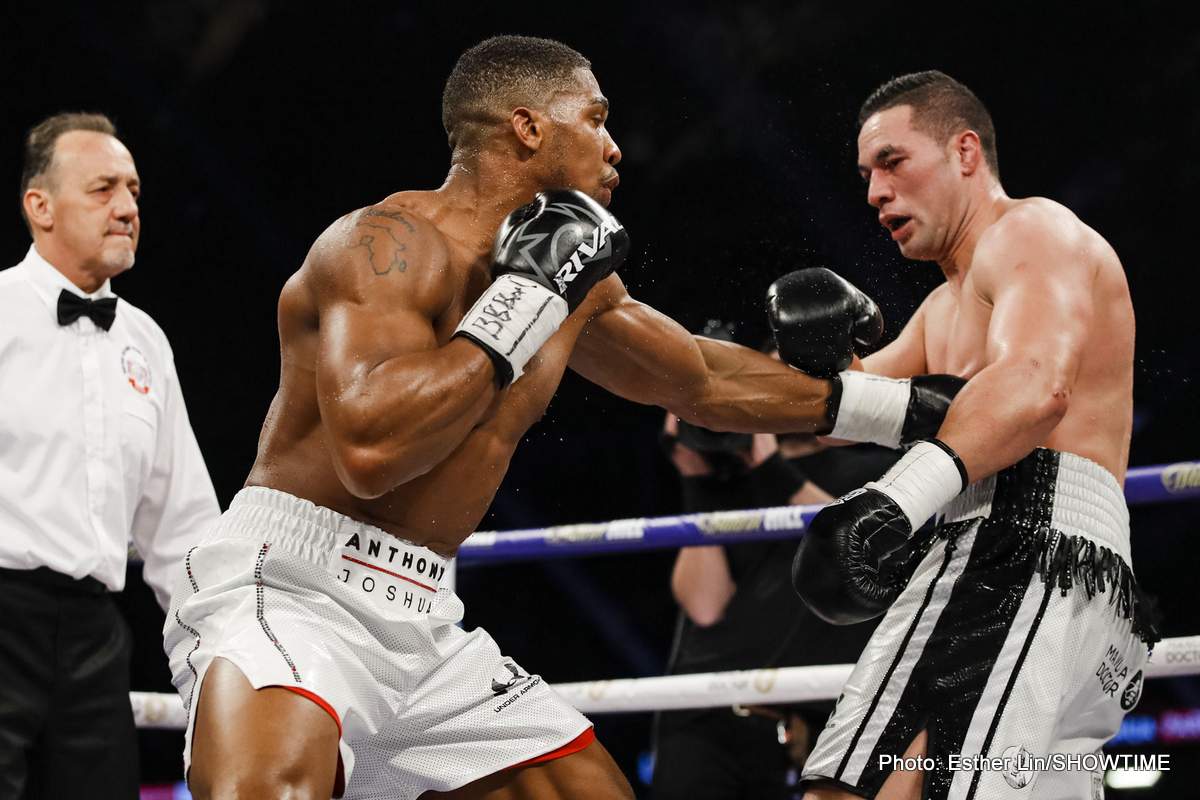 While Joshua was the aggressor throughout, Parker established his jab in the early rounds in an attempt to negate Joshua’s six-inch reach advantage. And while Parker had his moments, Joshua was more active and landed the more meaningful punches and appeared to stagger the New Zealander on a handful of occasions.

In the championship rounds, it seemed the 28-year-old Joshua was going for the KO against Parker, who displayed a solid chin in becoming the only fighter to push Joshua the distance.

“I am not going to judge my performance,” Joshua said. “That’s for my coach to do. My strategy was to get behind the jab and we did that. The good jab will take you around the world.

“Through rounds 10, 11, 12, I was focused. I went the 12 rounds and I fought him hard, but it was light work. This is boxing. This is what we do. Joseph Parker is a world champion. I knew he was going to be determined. Sometimes this is how it goes. It becomes a tactical boxing fight. This was going to be about finesse, and I controlled behind the jab and used finesse.

“We cannot forget – I am now the unified heavyweight champion of the world.”

After the fight, Joshua was asked by Sky Sports reporter Andy Scott if he’d like to face fellow-undefeated WBC Heavyweight World Champion Deontay Wilder for the chance to become undisputed heavyweight champion of the world.

“One hundred percent, 100 percent,” Joshua answered. “You’re asking me, do I want to become the undisputed heavyweight champion of the world? The WBA, IBF, WBO, IBO. Twenty one fights, six world championship fights. I am not into the hype. I am about the business. So, let’s talk business. Eddie Hearn can talk with Al Haymon and (Shelly Finkel).

“Just like Dillion (Whyte) said, ‘WILDER, LET’S GO, BABY.’ Let’s go. On this side of the pond, we are serious. Great Britain, the United Kingdom, we are representing. We have all the fighters, champions from heavyweight all the way down to the lower weight classes. We are about the business.”

Joshua didn’t seem disappointed he was unable to score a KO yet still admitted he wasn’t satisfied with the first distance fight of his career.

“Definitely, we are not satisfied. One step at a time,” Joshua said. “We are not our best yet but we are at the pinnacle of boxing. I always go in the deep end, always challenge myself. I am ready for more challenges. We will see what’s next.” 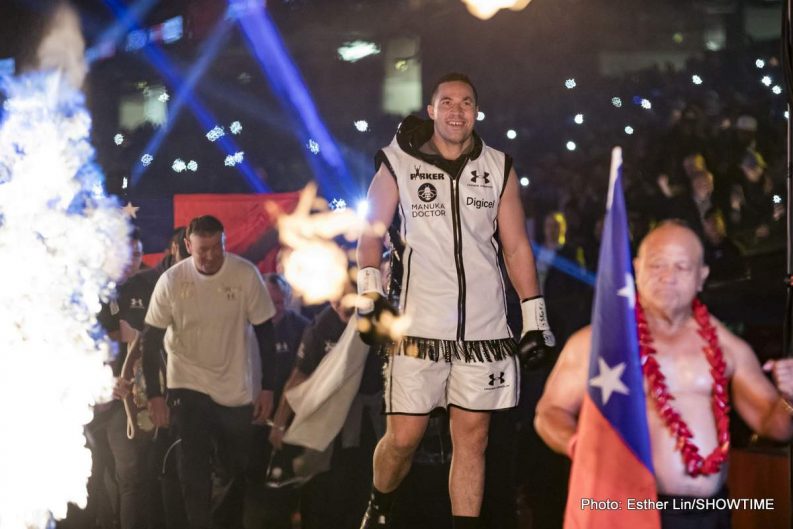 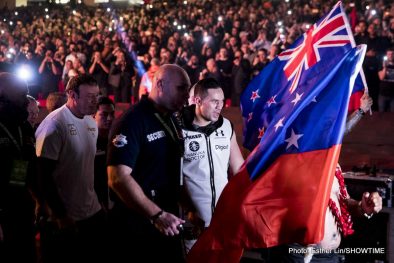 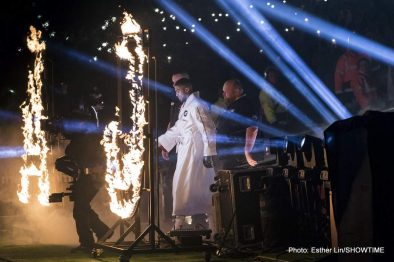 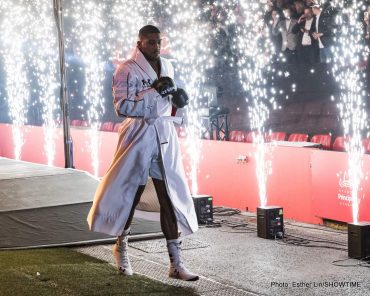 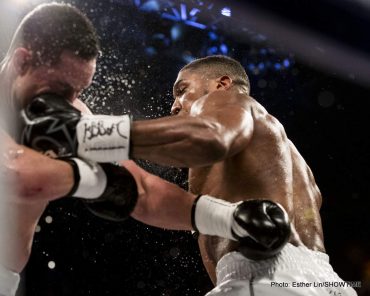 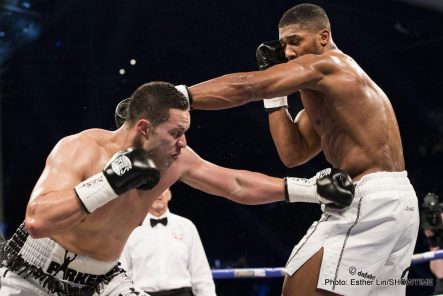 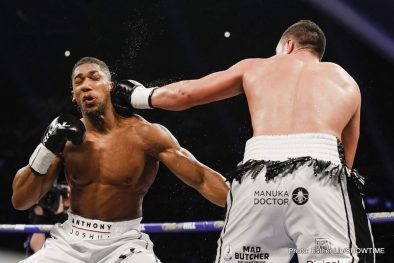 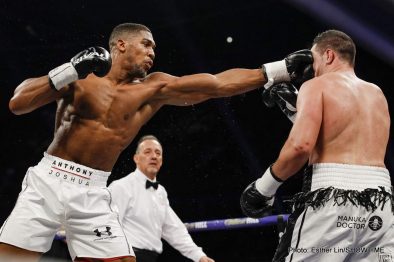 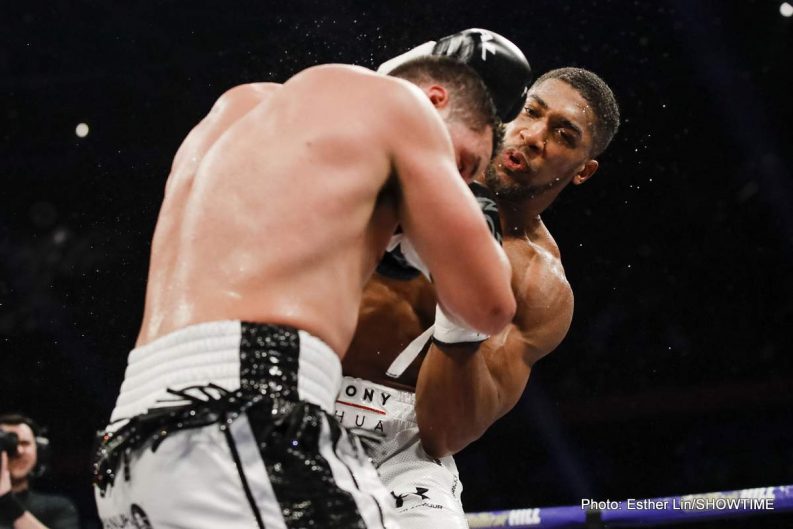 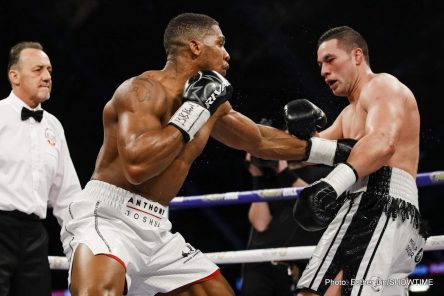 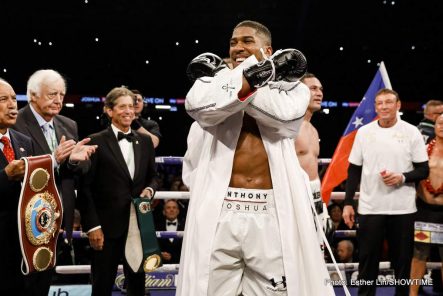 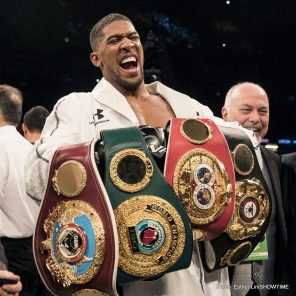 When pressed who he’d like to fight next, Joshua said, “Wilder. Wilder or Fury,” referencing fellow Brit and former unified heavyweight world champion Tyson Fury, who has been inactive since 2015 due to a variety of issues.

“Get him (Wilder) in the ring, and I’ll knock him spark out,” Joshua promised.

The 26-year-old Parker (24-1, 18 KOs) didn’t dispute the decision in what was the first unification fight between undefeated heavyweight champions since 1987.

“Today, I got beat by the better man. The bigger man,” Parker said. “My plan is to go home, work hard and come back again.

“I would work harder. Make more punches. I would love another go. We could have worked inside more but whatever happened, happened. You can’t go back and change that.

“I am young, strong, fit and ready to come back and challenge again. We’ll be back again stronger.”