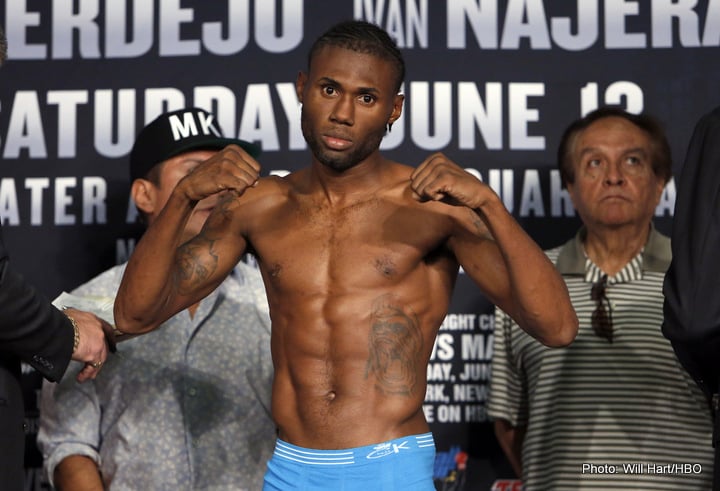 The telecast will also feature Bryant “By-By” Jennings vs. Luis “The Real King Kong” Ortiz in a 12-round heavyweight battle for the WBA interim Heavyweight title. That fight will be presented by Golden Boy Promotions, in association with Gary Shaw Productions.

“I am training hard in Panama. I know how important this fight is and I will be in optimum physical condition,” said Walters. “My team has been studying video of my opponent Sosa. I cannot wait to leave Panama, get into Verona, New York and get inside the ring. Boxing is my passion.”

“First, I would like to thank God for all that he has done for me in my life. I also would like to thank Russell Peltz, Top Rank and HBO,” said Sosa. “I would also like to thank Nicholas Walters for giving me the opportunity to fight on December 19th. He is a very strong fighter and the toughest opponent that I have faced. But I am up for the challenge. I have a great team and they are getting me in the best shape of my life and making sure that I am mentally and physically ready to come away with the win. I am sure we are both ready for war and fans are not going to want to miss this.”

“I believe this will be the final Fight of the Year candidate for 2015,” said Carl Moretti, Vice President of Top Rank. “The making of this fight is the product of the right decision made at the right time by all the right people.”

Walters (26-0, 21 KOs), from Montego Bay, Jamaica, has won 11 of his last 13 fights by stoppage. He captured the vacant WBA featherweight title on December 12, 2012, knocking out Daulis Presscott (26-1, 19 KOs) in the seventh round. He successfully defended the title three times during his three year reign — all by knockout — stopping Alberto Garza, former two-division world champion Vic Darchinyan and 2012 Fighter of the Year and former four-division world champion Nonito Donaire in the fourth, fifth and sixth rounds, respectively. A former amateur standout who collected gold medals at the 2007 Pan American Games Qualifier III and the 2005 and 2007 Caribbean Championships, Walters is known for his expert boxing skills and movement and two-fisted punching power that are at a caliber of a much higher weight class. In his last fight, on June 13 at Madison Square Garden, Walters was forced to vacate the title when he failed to make the weight limit by one pound. However, he emerged victorious, winning a unanimous decision over the previously undefeated Top-10 contender Miguel Marriaga.

Sosa (18-1-3, 14 KOs), from Camden, NJ, enters this fight riding a four-year, 17-bout unbeaten streak which includes 13 consecutive knockout victories dating back to 2012! Many local fans, who flock to his fights, consider Sosa to be one of the best fighters to come out of Camden since Dwight Qawi. Sosa’s been a fan favorite since turning pro in 2009 because of his exciting and aggressive style, strong punching power and an average length of bouts of under four rounds. He is currently world rated No. 8 by the International Boxing Federation (IBF) and No. 13 by the WBO.

Tickets will go on sale in early November. Additional ticket information will be announced soon.