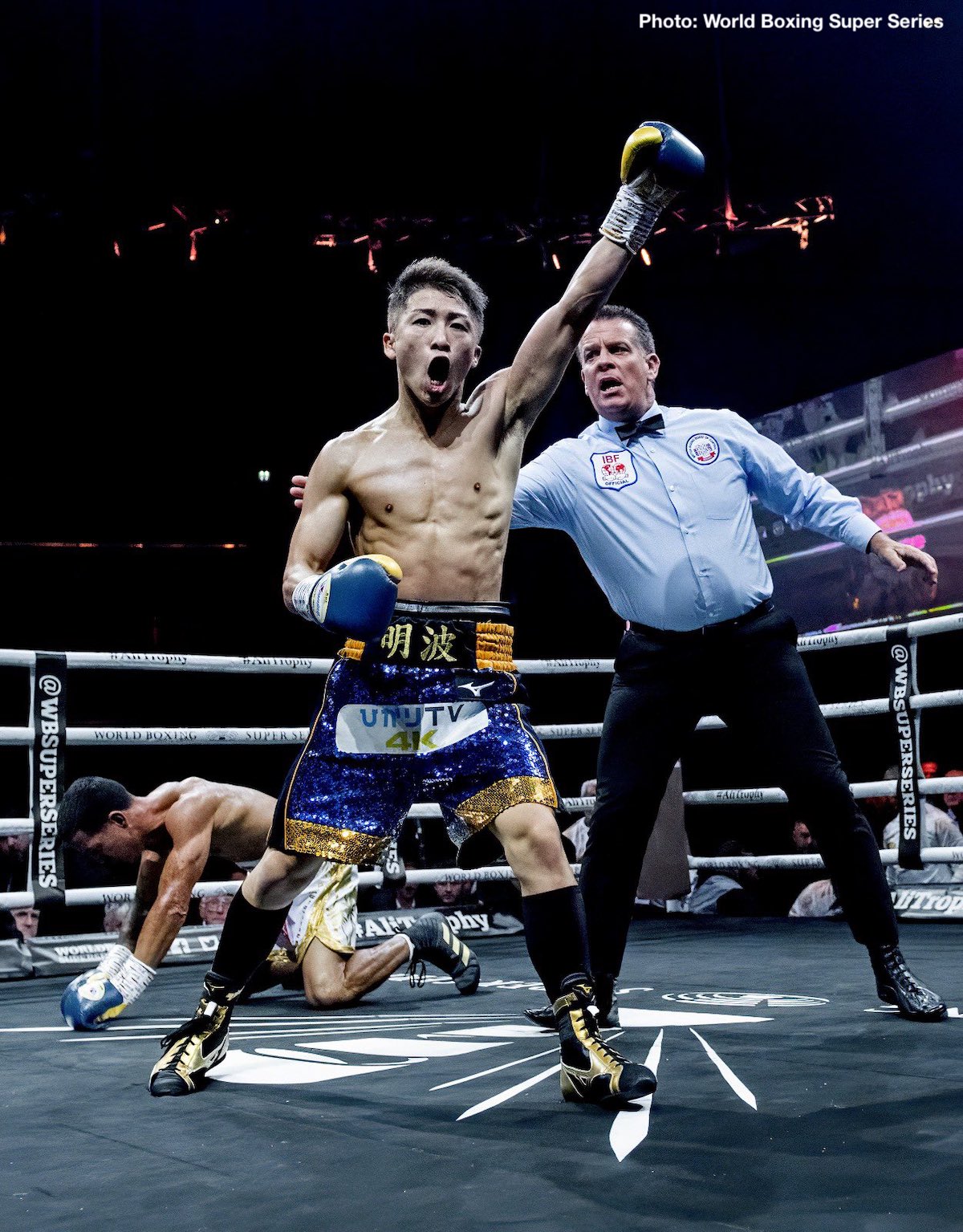 It would take a brave fight fan to pick against current unbeaten lower-weight KO King Naoya Inoue. In fact, it might take a brave fan to bet on any man extending “The Monster,” taking the lethal puncher the distance in a fight. The next man to get his chance will be former champ and one-time P-4-P star Nonito Donaire in the final of The World Boxing Super Series bantamweight tournament.

As per a tweet from Mike Coppinger, “sources” say the Inoue-Donaire fight will go down in Tokyo, Japan on November 7th. It should be a big night in Inoue’s homeland and his army of fans will be fully expecting their hero to score his 19th pro win and his 17th KO. Indeed, as good, or great, as Donaire is (or was), there is no shortage of fight fans expecting to see yet another rapid display of utter destruction from the 26 year old three-weight champ.

Source tells @TheAthletic the World Boxing Super Series bantamweight final between Naoya Inoue and Nonito Donaire is set for Nov. 7 in Tokyo, Japan. DAZN will stream the fight, which will take place on a Thursday

The younger man by a full decade, Inoue will be looking to score the quick KO, he always is. Having won his last three fights by either first or second round KO (you have to go back to May of 2016 for the last time any fighter managed to take Inoue the distance, this being David Carmona who fought “The Monster” when he was a super-flyweight), Inoue could make it four quick nights in a row.

Donaire, 40-5(26) has been stopped just once in his long career, this by Nicholas Walters (remember him?) who TKO’d Nonito in a featherweight title fight back in 2014. Back then, plenty of people felt Donaire was past his best, yet he’s still here, almost five years later. Winner of his last two since losing to Carl Frampton in a tough fight, Donaire has won and defended the WBA bantamweight title. But can he possibly keep hold of it when he rumbles with Inoue?

Donaire is not short on courage and of course skill, and with his still fast hands, who knows, “The Filipino Flash” might be able to frustrate Inoue, putting rounds in the bank. We are curious to see how Inoue reacts if he is either hit and hurt or taken into the later rounds of a fight. This may or may not happen in Japan in November.

Yet another blow-out cannot in any way be written off. Inoue is THAT good a puncher.