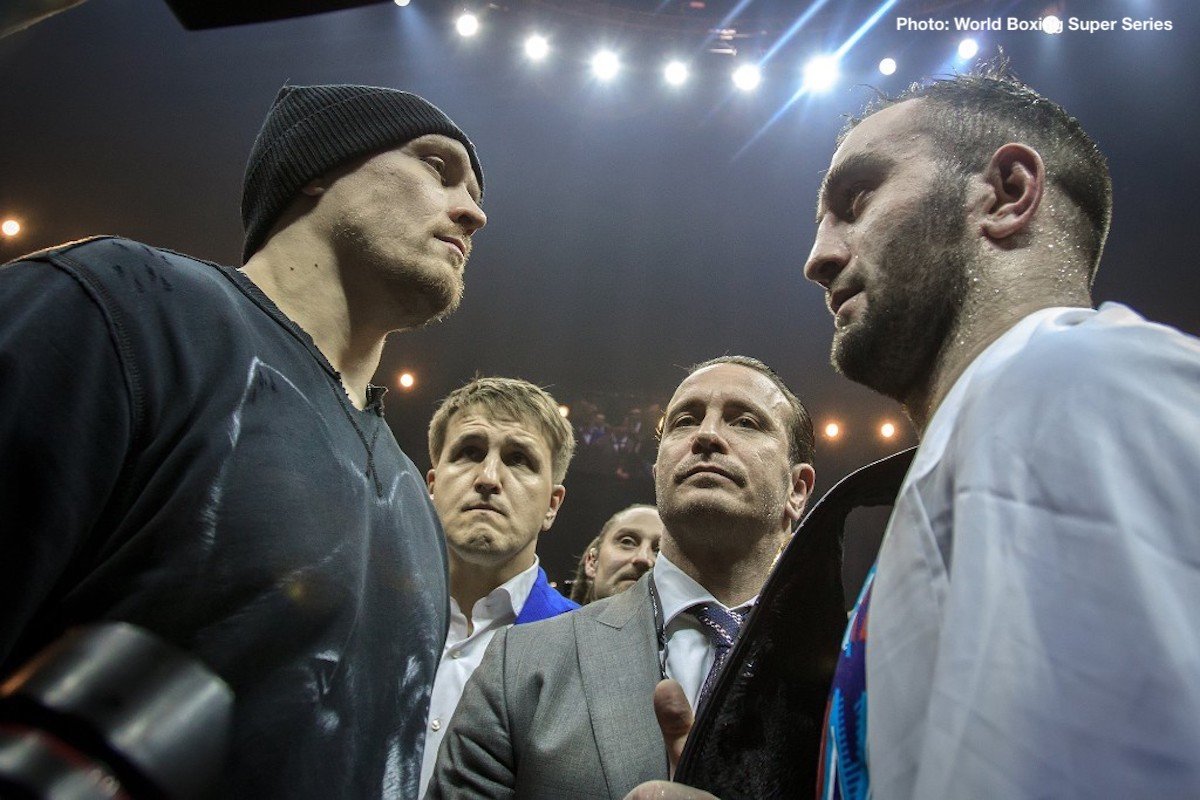 We still await Murat Gassiev’s heavyweight debut. The former cruiserweight champ who lost that big unification fight with Oleksandr Usyk (Usyk since having made the move to the heavyweight division, beating Chazz Witherspoon in reasonably impressive fashion in October) has not boxed for getting on two years. Injuries, and now the coronavirus, have kept the Russian warrior out of action but now, in speaking with Sky Sports, Gassiev’s trainer Abel Sanchez says he is “looking forward to a meeting with Usyk at heavyweight.”

Sanchez says his fighter will prove to be a better heavyweight than Usyk, due to how he hits harder and how he was “killing himself to make weight for cruiserweight.” Sanchez admits Usyk was “the better man on the night,” but he is certain it will be a different story if the two meet again as heavyweights.

“He is as big a puncher as the best heavyweights,” Sanchez said of Gassiev, who is 26-1(19). “Like Evander Holyfield he has the speed of a cruiserweight. His speed and quickness will be the difference against heavyweights, the same as Oleksandr Usyk. But will Usyk have the strength to handle heavyweights? He doesn’t have a big punch. In the heavyweight division you need to have something that keeps people back.”

But while a Usyk-Gassiev return at heavyweight would prove very interesting, Gassiev has to show he himself can make the transition from 200 pound fighter to heavyweight. Sanchez has some good names in mind for who his charge could soon face, after a “tune-up”.

“I would like to fight Adam Kownacki, Robert Helenius or Andy Ruiz,” Sanchez said, “But he hasn’t fought in two years so I would like a tune-up fight first.”

It should prove interesting seeing whether or not Gassiev, who was a real tank at cruiserweight, can deal with the names Sanchez mentioned. As for Usyk, he has to get past a determined Dereck Chisora in his next fight. Usyk has made more progress at heavyweight than has Gassiev (more so if he can beat Chisora) – can Gassiev play catch up and can he get that big rematch?