SUNNY EDWARDS BIDS for world title glory on Friday night at York Hall when he takes on the formidable IBF flyweight champion Moruti Mthalane, live on BT Sport 1 from 7pm.

The challenger faced the media today, along with Michael Conlan and Ionut Baluta who make up the bantamweight chief support. 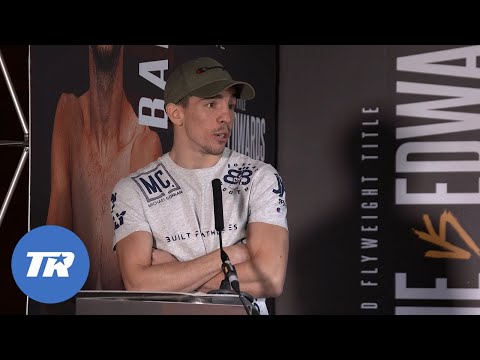 I don’t think anyone has ever come to a press conference and said they have been really struggling or a camp has been hard. Every camp is hard, but it went as well as it could have gone. I want to thank Frank, MTK and BT. I have had a lot of notice for this fight and people inside the offices know I have taken short-notice fights, hard title fights at four and a half weeks notice and less than that.

For this one I have had 13 weeks where I have known the opponent, the scale of the fight and the event for a very, very long time. I have had the time to prepare meticulously, my trainer Grant has done a great job, as always, and the team is very strong. I am just looking forward to welcoming myself to the world scene on Friday night.

I need to look like myself on the poster! They must have great photoshop skills or must have foreseen the future with me being in great shape. I have always known what to do and how to get there, but with using my talent I have allowed myself to cut corners when I shouldn’t have. I’ve always trained hard and I am very fit, I am always in the gym and love training. I don’t do anything else, if i don’t go to the gym I am pretty much sitting around the house all day. Apart from my sons, there is not much more to me than boxing, if I am honest.

It has been easy to make the adjustments and my strength and conditioning coach has been cooking for me the last 13 weeks. Together with my food sponsor, the food has been put on a plate for me and I haven’t had to think about what times I am eating. It has been a good run-up, I have dedicated and committed myself to it and I am hoping those efforts will show on Friday.

Having kids has really made me appreciate what I had growing up, the opportunities I had. One thing I can say about my dad is there was never a lack of effort that went into me or my brother. He was 100 per cent full tilt from early on and we used to run something like 36 miles a week, much more than I do now!

You’ve got to enjoy the journey. Too many people focus on the destination to make them happy, but if you enjoy the day to day, whether it is camp or dieting, these are the best times of my life and a lot of boxers forget that. I am enjoying every second of it, enjoying walking in and seeing big posters of myself next to a good friend in Michael Conlan, who was a hero of mine.

It is good to be recognised as part of the top tier by just challenging for a world title and I will make my claim on Friday to join the handful of British world champions and one of the two Frank Warren promoted ones next to big Tyson. I will be where I feel I have deserved to be for a long, long time. 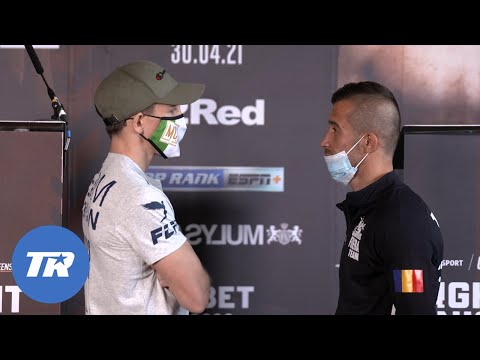 I don’t really know my optimum weight because I have never before applied myself like I have this time. I am eating four meals a day, two steaks yesterday and a steak and two eggs already today, with two more meals to come. I have never been like this on fight week and normally I look at food and see weight. I’ve done it properly and jumped off the scales at 51.8 yesterday, which is under the super fly limit and normally with the cut I do you would see me very drawn and my eyes a bit poppy. I look different this time and probably could drop down to light flyweight. If I lose I will just blame the weight and move down!

One realism when I first called for this fight was that he was the only MTK-signed champ. I have seen him spar up close and logged enough upstairs to think when the time comes I would be able to take him. That is no slight on him because he is a great, great world champion. I don’t need to sell him anymore than the media team has been selling him, other than to let everyone know he is a proper world champion.

I just wanted the best and he has been ranked No.1 by Ring Magazine for a little bit now. That is what I want, although I am not quite sure how the Ring rankings work, but surely if you beat the man you become the man. I am trying to be the best at the weight and, from being No.1, I can then start looking down and pick off the other champions.

I want to be at the top of the tree and recognised as such. I want to test myself and be known as one of those fighters who takes the best/hardest fights, the biggest fights that my name and platform will allow me to have.

I’ve got a ‘no quit regardless’ mentality and I think I will learn more from the 12 rounds on Friday night than I have in a large proportion of the rest of my career, which is why I am looking forward to it. 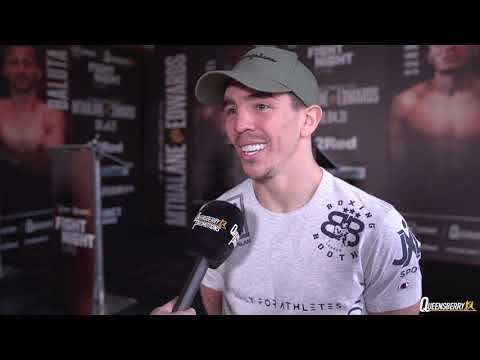 It has been an up and down 12 months. The things that have happened are part of life and everything happens for a reason. Before my injury my performance last August (Sofiane Takoucht) was my best as a professional and I believe I am now continuing on from that. I have had injuries, we have had a pandemic, but it is what it is. I was devastated when I did my ankle, but it happened for a reason and now I am back, fully recovered and looking forward to Baluta on Friday. I was already planning to move down to Super-Bantamweight before my injury in December. The pandemic showed me how easy it was to drop down. I am making 122lb very comfortably. I actually make 122lb easier than I was 126lb and that’s nice. I am looking forward to going in and putting a performance on. This is the weight where you will see the best performances from me and that is what I am looking forward to. This fight cements my mandatory position with the WBO and hopefully I will fight for the belt this year. I am very confident of that happening. First, I have to get rid of Ionut and I believe I will do it in good fashion. I don’t need to ask anything about his win against David Oliver Joyce. I look at him and I see what I have to see.  Ionut has pulled off two very wins recently and he is a very good fighter. He is a very dangerous fighter. He has beaten two Irish guys (TJ Doheny and David Oliver Joyce) in a row and his confidence is sky high. I believe that I will put on a performance and shut that completely down.

This is a great opportunity to fight Michael and I am hopeful that he will be the third Irish fighter I beat. I will be doing the best I can. I respect Michael as a fighter. He is a very good fighter, but we are about to find out who is the best between us. I am very focused on winning this and wont think about the future. This fight is very important as regards getting a World title fight in the future.