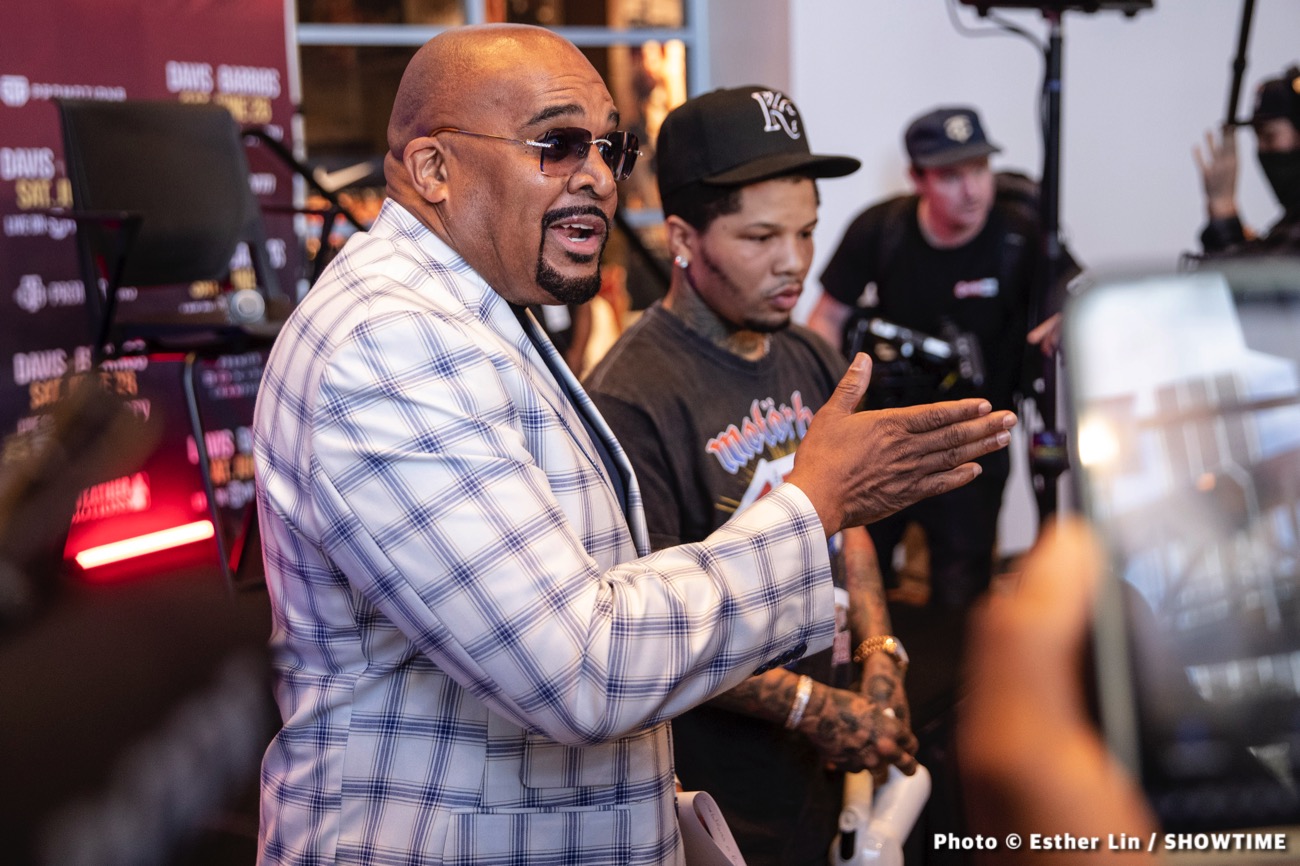 Mayweather Promotions CEO Leonard Ellerbe reacted angrily on Wednesday to Golden Boy Promotions CEO Oscar De La Hoya telling the media that his sources reveal that the Gervonta Davis vs. Mario Barrios fight pulled in only 90,000 PPV buys on Showtime on June 26th, not the 215,000 that was previously reported.

As a result of his sources telling him that Davis-Barrios brought in just 90K, Golden Boy boss De La Hoya says he will wait until early 2022 before matching his popular fighter Ryan Garcia with Tank Davis.

With Mayweather Promotions matching Tank Davis against little-known fighters like Barrios, it’s going to be difficult for him to increase his popularity.

There are still fans that aren’t familiar with Tank Davis (25-0, 24 KOs), and his situation isn’t helped when Mayweather Promotions chooses to match him against paper champions like Barrios.

“You combine that to about 90,000 PPVs. So I don’t know if that fight [Gervonta Davis vs. Ryan Garcia] is ready to be made, but when it is, which maybe can be first quarter next year,” said De La Hoya.

But even if those numbers were accurate, that’s not a lot of buys. With Showtime not releasing the numbers, you have to take the reported 215K numbers by a nameless source as fantasy guesswork. That’s very, very low and nothing to get excited about.

Until Showtime PPV releases the numbers for the Davis – Barrios fight, you kind of have to see De La Hoya’s source as the likely true numbers. De La Hoya gains nothing by reporting the numbers.

He wants to make the Ryan Garcia vs. Gervonta fight. But at the same time, he’s not going to put the fight together if Tank isn’t the PPV attraction that Ellerbe has been saying he is. If you’re the new PPV star in boxing, you don’t be bringing in only 90,000 PPV buys.

It doesn’t matter that Gervonta fought a guy that few people had ever heard of before in Barrios. You still have to bring in respectable numbers to be viewed as a true PPV attraction and not a pseudo one.

De La Hoya and Ryan Garcia need to wait until Gervonta brings in 1 million PPV buys for his fights because he’s not the PPV star if he’s only doing 90K.

If Mayweather Promotions want to bring in a lot of buys for Gervonta Davis, they need to put him in with guys like Josh Taylor, Teofimo Lopez, Vasily Lomachenko, Devin Haney, Jose Ramirez, and Regis Prograis. In other words, quality fighters. Instead of Mayweather Promotions matching Tank against live opposition, they’ve spoonfed him these fighters:

Ellerbe should wait until Showtime releases the numbers before he flies off the handle in reaction to De La Hoya saying his sources reveal much lower PPV numbers than reported earlier.

If Tank Davis can’t bring in PPV buys, it doesn’t matter if he sells many tickets for his fights in Atlanta.