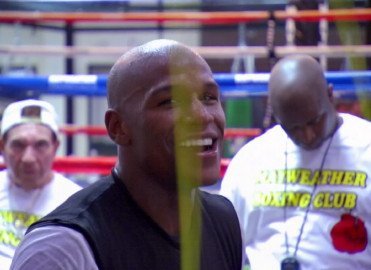 By Rob Smith: Floyd Mayweather Jr. doesn’t see a mega fight between him and Manny Pacquiao as being worth it now after Pacquiao’s recent losses to Tim Bradley and Juan Manuel Marquez. Those losses have taken a lot of the air out of a Pacquiao-Mayweather mega fight according to Mayweather.

He’s not ruling out a fight with the Filipino fighter, but he says for that to happen Pacquiao is going to have to get back in the ring with Marquez and Bradley and beat them to avenge his defeats.

Mayweather told ESPN: “I don’t think the fight holds very much weight anymore. At one possible time, I wanted the fight to happen. I wanted to fight Manny Pacquiao…I don’t know if it will ever happen, but if my legacy was defined off of one fight, then I feel I didn’t have to fight 43 fights. If that’s the case, I could have came into the sport of boxing, fought one fight and gone down as the best fighter that ever lived.”

A Mayweather-Pacquiao fight is still an interesting bout even if Pacquiao fails to avenge his losses to Marquez and Bradley, but it’s probably not a fight that can be made because Pacquiao likely won’t agree to the small purse split that Mayweather would offer him. Maybe things will change in the future depending on which direction the two fighters go in. But Pacquiao can really help himself if he is able to defeat Marquez and Bradley in rematches, but that’s a big if.

Pacquiao seems to have lost a lot of his skills, and his ability to take a hard shot may have been compromised by his loss to Marquez. I think it’s going to take everything Pacquiao has to beat Marquez and Bradley because those guys know how to beat him. Bradley fought a lot better in the last six rounds of their fight last year when he recognized that Pacquiao can’t handle movement, and isn’t able to cut off the ring.