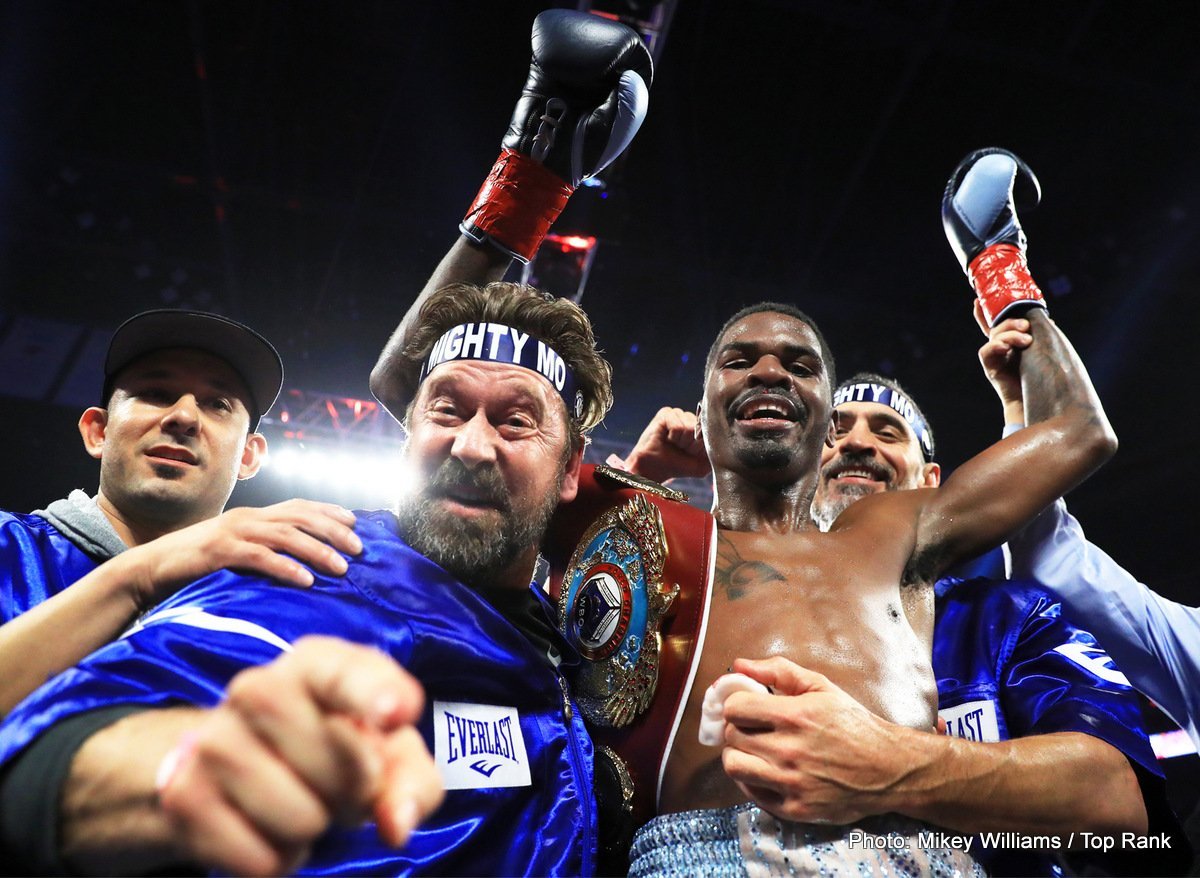 Hooker’s first title defense was a thrilling back-and-forth that saw Saucedo knock the champion down in the second round. Despite the knockdown, Hooker managed to overwhelm Saucedo with an assortment of combinations before finishing him off with a barrage of right hand and left hook combinations in the seventh round.

“After successfully defending my title, I feel like a true champion,” Hooker said. “My goal was to give the people a show and take it out of the hands of the judges. Alex Saucedo will be back, he’s a tough competitor and a great fighter. We went at it and gave the audience what they came for.”

With this win, Hooker has solidified his place as one of the world’s best fighters in the 140 lb. division and making a claim to be among the best pound-for-pound fighters in world.

“Maurice has developed into an elite world champion boxer in a very short time,” said Roc Nation Sports boxing promoter Dino Duva. “He’s getting better and better with every fight and has the potential to be champion for a long time. I’m so proud of his accomplishments and salute him, along with his manager Arnie Verbeek and trainer Vince Parra, they’ve all done a great job bringing him to the next level.”

“Maurice has now won, and then defended the world title in his opponent’s hometown his last two fights. I look forward to getting together with Eddie Hearn to plan Mo’s next fight in 2019, with the goal of staging the bout in the champion’s hometown of Dallas and airing the match on DAZN.”

In his last fight on June 9, 2018, Hooker, who is co-promoted by Roc Nation Sports and Matchroom Boxing, entered enemy territory in opponent Terry Flanagan’s hometown of Manchester, England defeating the U.K. native in a split decision victory.

“That was some performance from Mo,” said Matchroom Boxing Promoter Eddie Hearn. “That’s back to back victories in hostile territory and in my opinion, he is the standout man at 140 right now. I’d love to see him defend his title in Dallas on the New Year and we will be sitting down with Dino and Roc Nation shortly to plan a very exciting year. DAZN viewers are in for a treat from Maurice Hooker next year.”