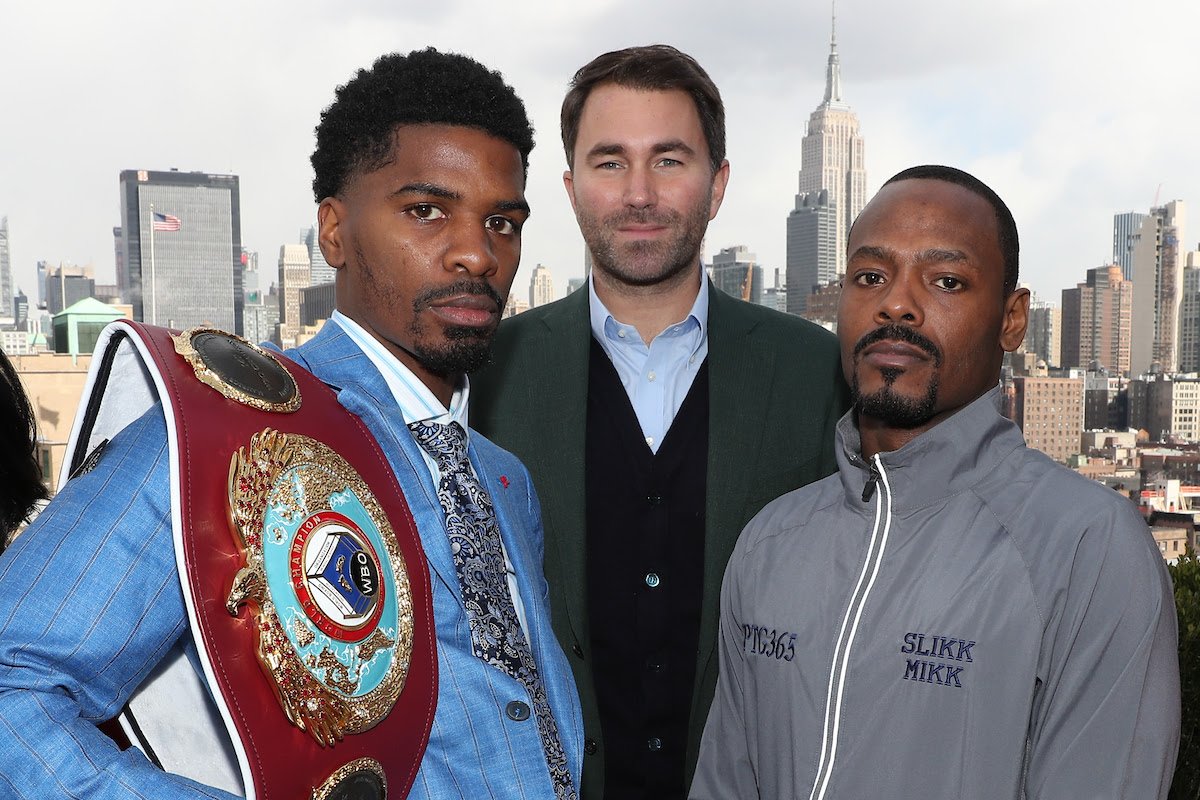 Maurice Hooker hopes to land a big homecoming fight in Dallas next as he defends his WBO World Super-Lightweight title for the second time against Mikkel LesPierre at the Turning Stone Resort Casino in Verona, New York on Saturday March 9, live on DAZN in the US and on Sky Sports in the UK.

Hooker (25-0-3 17 KOs) won his title on the road by ripping it from champion Terry Flanagan in Manchester, England in June and then packed his bags again for his first defense, a thrilling win over local favorite Alex Saucedo in Oklahoma City in November, Hooker climbing off the canvas in the second round to stop Saucedo in the seventh.

Hooker hits the road again to put his belt on the line against Brooklyn’s LesPierre (21-0-1 10KOs) but ‘Mighty Mo’, who has predicted a devastating KO win over the challenger, wants to come home in his next fight – and believes he can do so in a major fight that will stake his claim to being the best in the world at 140lbs.

“It would mean so much to me to fight in Dallas as a champion,” said Hooker. “I want to show the kids in my neighborhood that don’t have anyone to look up to that they can look at me – I’m a champion that they can follow and look up to.

“My kids are my motivation – I want to give them the life that I didn’t have growing up, give them everything they want and be there for them.

“I am my biggest opponent. Sometimes you can think ‘I’m a World champion, I don’t need to train.’ I know that can backfire on me in the gym so I am working harder than ever because i want to stay a champion and achieve more in the future.

“It’s an open division, and one I think I can take over. There’s a lot of good fighters in there making a name for themselves and a lot coming up.

“I’m a champion and I want to fight the best. I feel I am the best. My long arms, my chin, my skills and my hard work will put me on the top – I think that sets me apart.

Hooker’s clash with LesPierre is part of a huge night of action at Turning Stone Resort Casino with a second mouthwatering World title fight on the bill in the shape of Dmitry Bivol (15-0 11KOs) defending his WBA World Light-Heavyweight title against Long Island’s Joe Smith Jr (24-2-0 20KOs).

Callum Johnson (17-1-0 12KOs) and Sean Monaghan (29-2-0 17KOs) will both have a keen eye on Bivol’s clash as they battle in a crunch fight in the 175lbs division, World-ranked heavyweight contender Sergey Kuzmin, (14-0 11 KOs), of St. Petersburg, Russia will battle Philadelphia based veteran Joey Dawejko, (19-6-4 11 KOs) and Otha Jones III makes his pro debut on the card.