This one is just shocking. A body blow capable of bending over even the toughest fight fan, the sad and wholly unexpected death of middleweight great Marvelous Marvin Hagler has made a deep impression on absolutely anybody who has a care for the sport of boxing. Hagler was in a class of his own: his shaven-headed menace, his southpaw brilliance, his “Destruct and Destroy” mentality, his enormous appeal to the blue-collar people. Hagler was special. His death, at age 66, is almost too much to take. 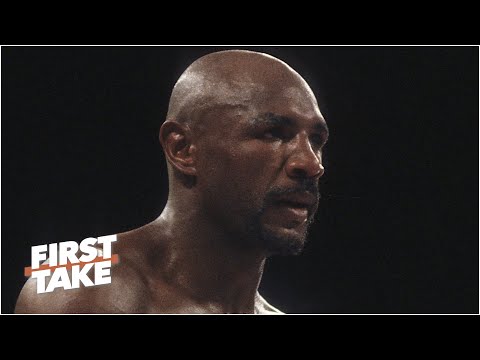 Today, all over the world, there will be millions of Marvin Hagler fans paying tribute to their fallen hero in the only way they can – by watching his great fights. Many written tributes, from professional writers, from fans, from fellow fighters and from other people from the boxing world, have been pouring in since the awful news broke. Hagler, about as respected and admired a pro fighter as a you could name, will be deeply, deeply missed. The first of the legendary, in a class all by themselves, ‘Four Kings’ to pass away, Hagler once said that “if you cut open my bald head, you would find a boxing glove inside.” Boxing was Hagler’s life and he gave everything he had in order to reach the very top of, firstly the middleweight division, and then the pound-for-pound rankings.

Fans of a certain age will never forget the immense levels of raw excitement Hagler’s big fights generated. Hagler Vs. Thomas Hearns is, for many millions of fight fans, THE greatest war of them all. While to this day, and with no end seemingly in sight, many more millions continue to argue with passion, even ferocity, that Hagler really did deserve that 12 round decision against Sugar Ray Leonard. Hagler fought the best, he never ducked anyone and he treasured his world middleweight title like nobody could imagine. Hagler was willing to walk through the fires of hell to ensure no man ever took the title away from him. The fact that Leonard took it, by such a close and controversial decision (at least it was close on two cards, the third score-card being a travesty), hurt Hagler bad; to the point that he quit, never to return.

We will never know the pain Hagler went through in the months and years that followed that glittering April night in Las Vegas. All of us who loved Hagler, respected him, applauded him, cheered for him and supported him, are now feeling a similar sense of loss. Hagler really did mean so much to us. He will continue to do so.

Here are some of the written tributes from the boxing world:

“I’m simply stunned the hear the news of Marvelous Marvin Hagler. Not only was he a living legend, but I was proud to call him my friend. He was so full of life, energy and positivity in our conversations that you would never guess what a wrecking machine he was in the ring,” Lennox Lewis.

“Saddened to hear about the death of Marvelous Marvin Hagler. One of the greatest to ever step in the ring,” Oscar De La Hoya.

“Marvelous Marvin Hagler was among the greatest athletes that Top Rank ever promoted. He was a man of honor and a man of his word, and he performed in the ring with unparalleled determination. He was a true athlete and a true man. I will miss him greatly,” Bob Arum.