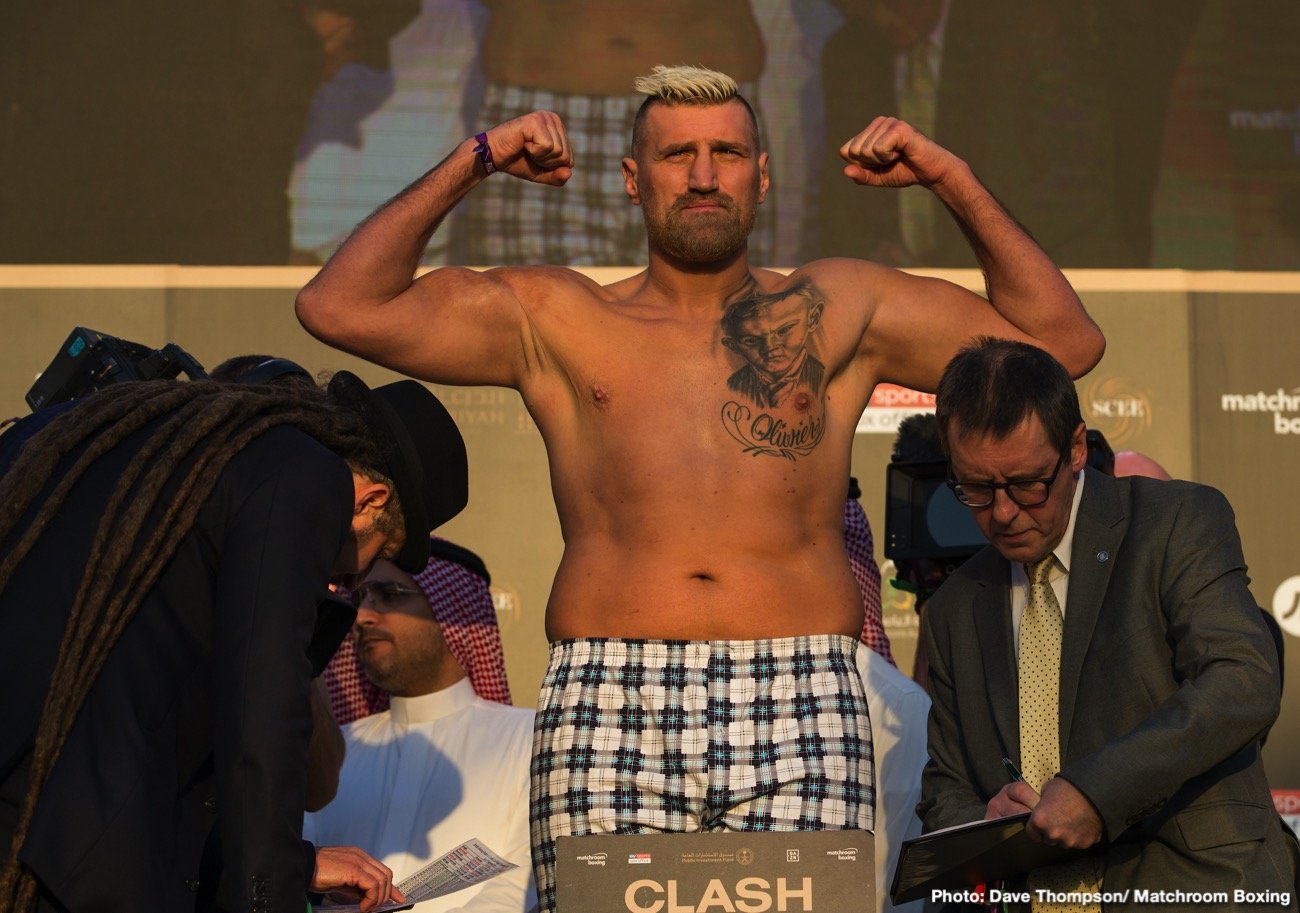 In some rare heavyweight action, fringe contender and long-time campaigner Mariusz Wach pounded out a ten-round UD over fellow veteran Kevin Johnson last night in Krakow, Poland. Wach, aged 40, the same as “KingPin,” had to work hard and he said after the fight that he hurt, perhaps broke, his right hand in the seventh round.

It was a decent fight, if not a thriller in any way. Both men had tipped-in at a hefty weight yet were in good shape. The ring was a small one, so as to accommodate the small venue the fight was held at, and this favored Johnson, who let his hands go early on and picked up the odd round (on the third card in particular; Johnson managing to bag three sessions on this card).

Wach used his still-useful left jab to some effect, while “KingPin” went into his familiar defensive shell. Wach was unable to land anything big but he did force Johnson onto the ropes, with Wach then getting home with the occasional right hand to the head. But Johnson is a cute fighter, durable also, and he is rarely stopped (just three times in his long career).

The final third of the fight was all Wach, with Johnson content to hear the final bell. Wach blamed his sore right hand for the fact that he didn’t get a stoppage win. Both guys let loose with a flurry in the tenth and final round. An okay fight, certainly not a stinker, Wach’s win over Johnson came as some relief to boxing-starved fans (who watched it on a live stream P-P-V).

Wach might get himself another big and meaningful fight before his career is over with; maybe against a big name who wishes to get a tune-up type bout under his belt when the boxing schedule resumes in earnest. Johnson can carry on earning a decent enough living as a top class journeyman. Once a genuine contender for the world title, Johnson remains a pretty solid test for any heavyweight.