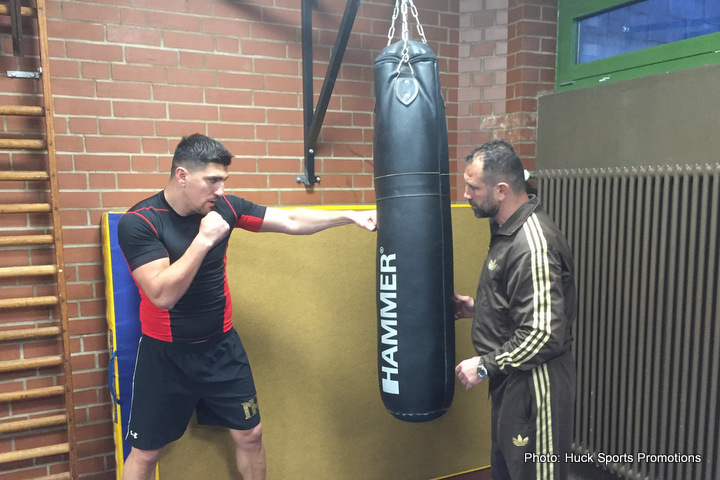 Champion Captain Huck after his fight with broken hand – “Ulli Wegner made me to an Indian brave!”

One and a half week till showdown – IBO champion Marco “Captain“ Huck fight at 1st of April with Mairis Briedis in Dortmund, Germany, for the WBC Cruiserweight title.

Huck worked very hard in the training camp in Braunlage, Niedersachsen, with his new trainer Oktay Urkal. The preparation with the former Olympic medalist was special because of Huck had broken the metacarpal bone in the last fight with Dmitro Kutcher in November 2016. But the injury is healed now and the bone is able to work under pressure.

“The pain was hard during the fight in November”, Captain Huck remembers. “But of course I never thought to give up.” And he smiles: “Because of the long time being professional with my former trainer Ulli Wegner I have another sense of pain than the most other humans…”

“An Indian brave doesn´t know pain” – this sentence in Germany knows every child. Young boys grow up with it (it´s the meaning of “big boys don´t cry” in English). Ulli Wegner said this often to his boxers during the ring breaks. “When it hurt during a fight Mister Wegner remembered me in his special way of speaking that I´m an Indian brave who doesn´t know any pain. And sometimes you finish tell your trainer that you feel pain. You continue fighting. Like an Indian brave.”

The power of his former trainer and the power against himself help Marco Huck today. The fight with Kutcher he won in spite of the broken bone and got the belt of the International Boxing Organization. At April 1st with Mairis Briedis waits a hard hitting opponent – normally it means pain. “But not for me”, Captain Huck is sure. “I don´t know any pain. But it will be not the same thing with my opponent.”

“I´m very glad that I´ve get a young ambitious trainer who has also a lot of experience in the ring”, says the champion. “We know us for years because we were in the same training group with Ulli Wegner. I trust him and look forward to work with him.”

“To fight with such hard-hitting opponent for the WBC title is a big challenge”, Urkal knows about the hard job he has.” But I know Marcos qualities very well and I trust in this. We will be good prepared and come back from Dortmund with the belt!”

Oktay Urkal was in the deacdes of the 90s and the noughties one of the enigmatic personalities of German boxing. Born in Berlin as a son of Turkish emigrants he became European Champion, German Champion and World Cup Champion as an amateur in Light welterweight. His biggest success was winning the Olympic silver medal 1996 in Atlanta.

With his trainer Ulli Wegner he became three times European champion at the professionals, at last 2005 in welterweight.

In 2004 Marco Huck came to the training group of Ulli Wegner in Berlin. “Oktay and me know us as active boxers – I think that is an advantage”, says Captain Huck. “We grown up with the same boxing philosophy and so I accord with him.”

Urkal trains Huck currently in the training camp in Braunlage, Niedersachsen, Germany, for the title fight in Dortmund. 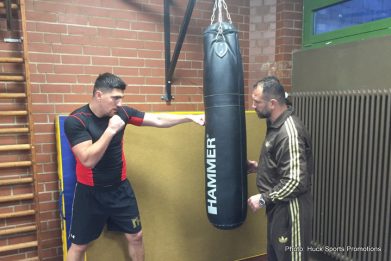 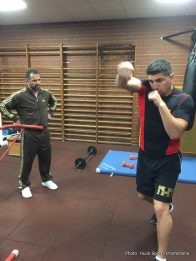 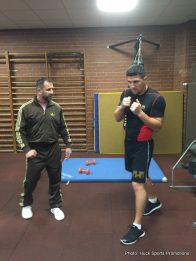 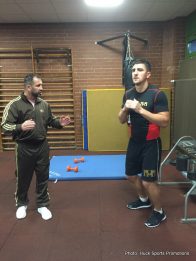 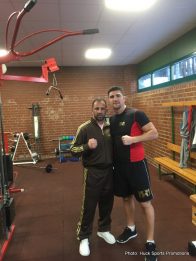 IBO-World champion Marco Huck will fight on April 1st against the still unbeaten Latvian Mairis Briedis for the WBC-World championship in the Cruiserweight division. The unification fight for the IBO and WBC World titles will take place in Germany, Dortmund Westfalenhalle which provides place for 12.000 people that evening. RTL will broadcast the fight live.

The unification fight for the belts of the IBO and WBC became feasible due to the transition of the actual WBC-World Champion Tony Bellew from the Cruiserweight to the Heavyweight division; where the English Tony Bellew will fight his fellow countryman David Haye on March, 4th in London. Since Tony Bellew is not available to defend his title due to the division change, the WBC called for the Championship fight between the WBC-ranked 1st Mairis Briedis and Marco Huck, who is ranked 2nd by the WBC. Just like Bellew, the winner of this fight will be listed as World Champion by the WBC with the commitment that both champions have to fight the title out in a decisive match. If Bellew decides to stay in the heavyweight division or to not fight against the winner of Briedis-Huck, the winner of Briedis-Huck would become the unanimous world champion of the WBC.

Marco Huck (32) has got a record of 44 professional fights, out of which 40 times he came out as the winner (27 K.o., 3 losses, 1 draw). On November 19th 2016 he defended his IBO-title by an unanimous decision of the judges against the Ukrainian Dmytro Kutscher – even though he suffered a fracture of the right middle hand bones. As the doctors gave Huck green light in the past week he is in rehabilitation training at the moment.

„I am a professional boxer for 12 years now and I am waiting a long time for the opportunity to get a unification fight“, says Huck. „I am very excited that this is finally happening and that I am even able to fight for the prestigious WBC-title, in which my beloved idol Muhammad Ali has been world champion in. This is great for me. Mairis Briedis is still undefeated and has the reputation of being a very unpleasant opponent with a very hard punch. I prefer opponents of this caliber, for the bigger the challenge, the better I perform. I will be preparing myself very intense and conscientious, because if I do my homework well, a fight is usually decided in my favor before it gets even started.“

Mairis Briedis (32) is unbeaten in 21 professional boxing fights. At the same time the Latvian ended 18 of his fights early, which shows an impressive K.O. rate of 86%. In August 2015 Briedis also knocked out the “Koloss von Köln” Manuel Charr in Grosny. In his last professional boxing bout on October 15th in 2016 he won in Liverpool against the British Simon Vallily by TKO in the 3rd round. „I am incredibly happy about the upcoming fight against Marco Huck. He is a true Cruiserweight legend and already has shown a lot of incredible fights. Well, in the next fight however we will fight for the WBC-Title which means for both of us: all or nothing! I will regard the fight as a one-time chance in order to be ready for April 1st so I can show my full potential. I know, that Marco will also give his best. Therefore the better man may win!“

The WBC is regarded as the biggest association in boxing, the green-golden belt is viewed as the most prestigious amongst the fighters. The last WBC-World-Champion, who regularly had his world-championship fights in Germany, was Vitali Klitschko.